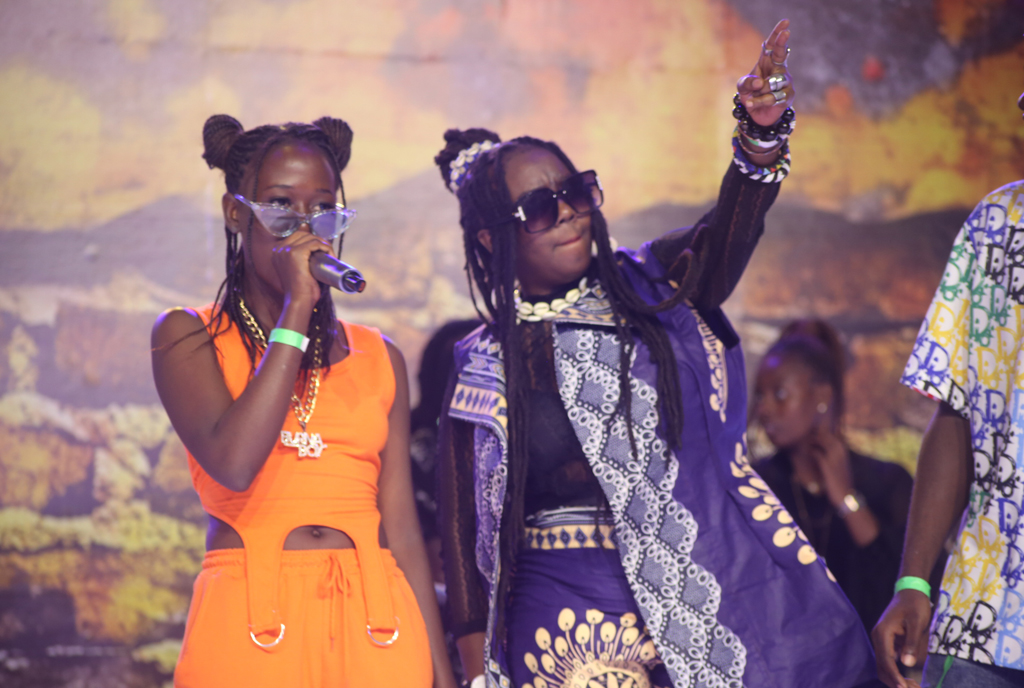 Although Hip Hop is usually mistaken to mean rap music, there is more to it. It is a lifestyle of its own, an eco-system and a culture made up of elements such as deejaying, rap, graffiti and B-boying, which encompasses dance, fashion and attitude. Of course, because among many of the performance art forms, hip hop took the part of expression more seriously and now modern scholars have added a fifth element of knowledge.

It is the reason conscious rappers are not quick to introduce themselves as hip hop artistes but rather rappers, they understand the weight that comes with the ‘hip hop badge’ as a whole.

On Saturday, a telecom giant congregated with the rap fraternity to celebrate the culture with the annual MTN Hip Hop Awards at the MTN headquarters.

After not holding the ceremony for two years because of the pandemic, this was the first time the fraternity was coming together thus for much of the first half of the show, it was clear people were catching up. 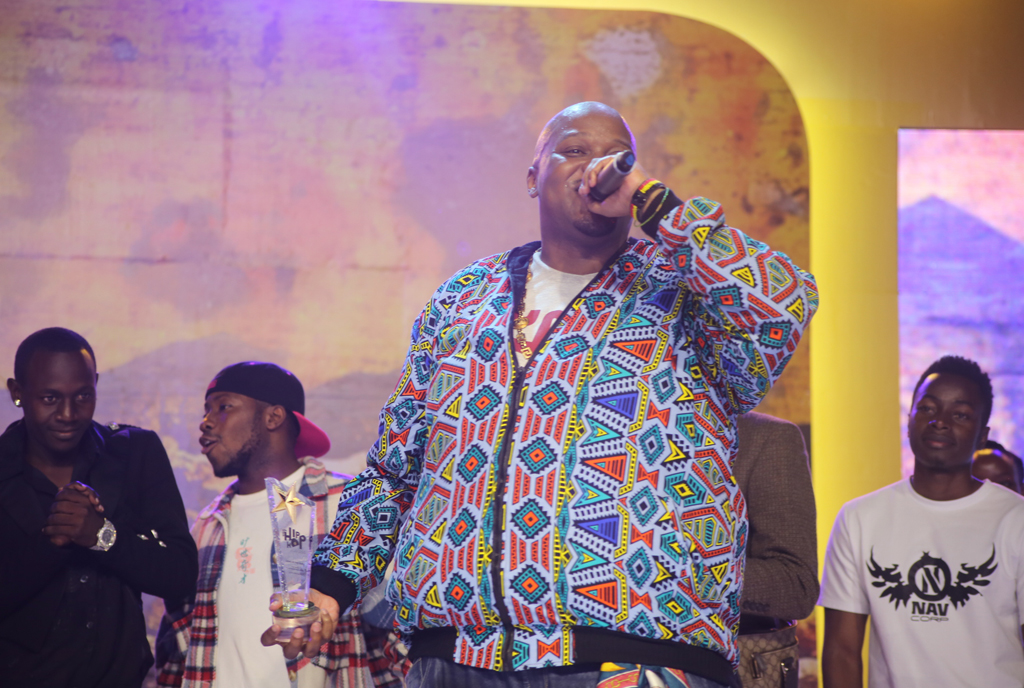 The Mith took home Song of the Year.

Uganda and hip hop music have such a bruised relationship. For instance, even when the hip hop movement has been around for years with contributions from people such as Silvestre and Abramz, Babaluku, Krazy Native, P-Tech to the generation of Navio, The Mith and the whole Klear Kut crew, very few people have been able to make a living out of the culture.

Thus at such a celebration of the culture, one thing that is easily noticeable is the absence of role models for the new generation of rappers, most of whom are starting out in high school.

The absence of a long list of rappers to inspire a generation leaves our rookie rappers with only Navio and The Mith to look up to, technically the few rappers from the 2000s era that actually receive airplay. Probably they pick the rest of their inspiration from Americans such as DaBaby, Lil Baby and all those other people that either have Lil and Baby in their stage name.

Thus unlike rappers such as Lyrical G (who surprisingly was present), Navio, GNL, The Mith, Byg Ben Sukuya, Play01, Keko, Mc Yallah or Lady Slyke whose verses gave us something to think about, almost all Ugandan rappers who took to the stage during the show sounded the same and did not even say so much besides some of them wanting to buy their mother a house and others just mumbling words without actually rapping – they call it mumble rap. 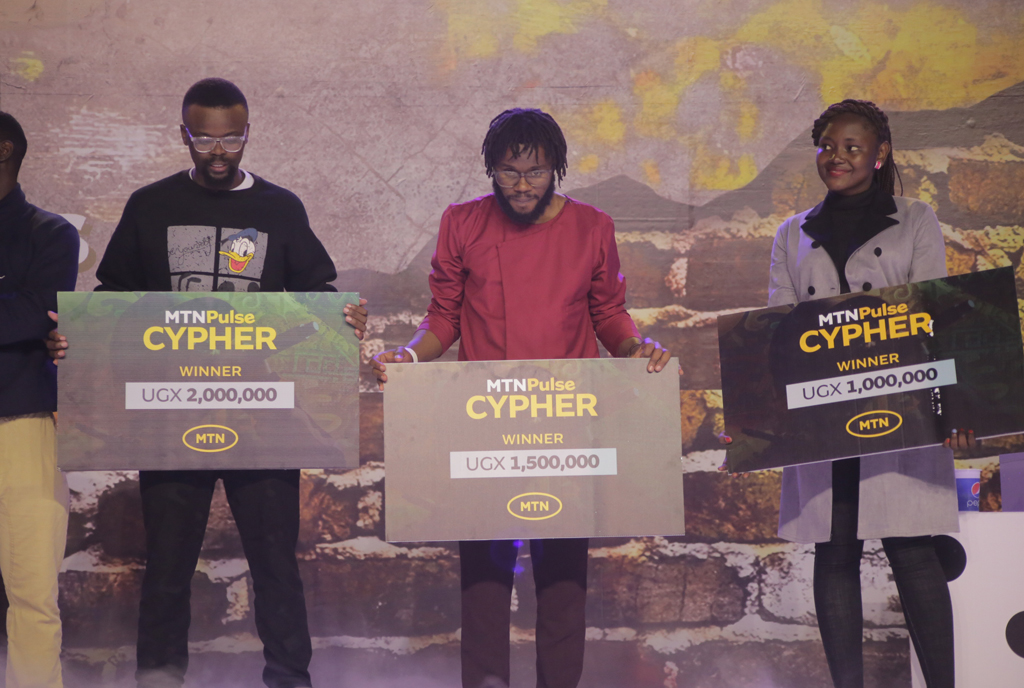 And just as the saying goes, mumble rapping is famous for beats, the MTN Hip Hop Awards night served us with many dope beats, a reassurance that the industry at least has fabulous producers.

But there was a lot to celebrate thus the night had some standouts; take an example of the whole female rappers performance of Lady Slyke, Tushi Polo, Afekuru, KVan, Ella, VKaycee on Kracbone’s Bad, plus the show had many deserving winners, some of whom are not yet famous but had something special to say either with their skill or production.

For example Judas Rap Knowledge, first noticed by many on the remix of GNL’s Uganda Yaffe. The rapper has made his mark with songs such as Joni. Of course, his skill of easily jumping between languages; English and Acholi is something that make him a rapper to watch out for.

Judas Rap Knowledge won the award for Best Artiste Northern Uganda. Other regional winners were Crazie Wispa from western Uganda, Aj Stylz for eastern and Felista for the central. 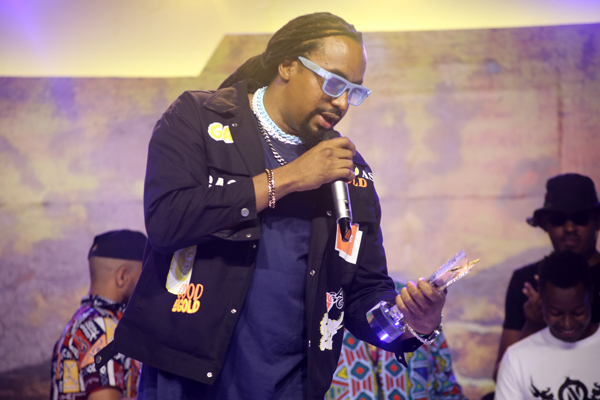 Navio accepting the Male Artiste of the Year award.

Most of the winning rappers were relatively new and thus were picking their first career award and thus were humbled by the fact that they were beating Navio and The Mith to many of these awards. They did not take it for granted and constantly gave him his roses for inspiring them and being around all this time for the culture.

The biggest awards of the night had very little surprises, especially because many of the nominees were actually deserving – most of the albums nominated for the Album of the Year were unique in their way. The Mith’s The Ugandan, which saw the rapper go out of his skin to incorporate elements of ethno music with acts such as Jovani Kiyingi, soul and RnB with Herbert Ssensamba, yet its opening with a spoken word recital by Maritza remains immaculate. 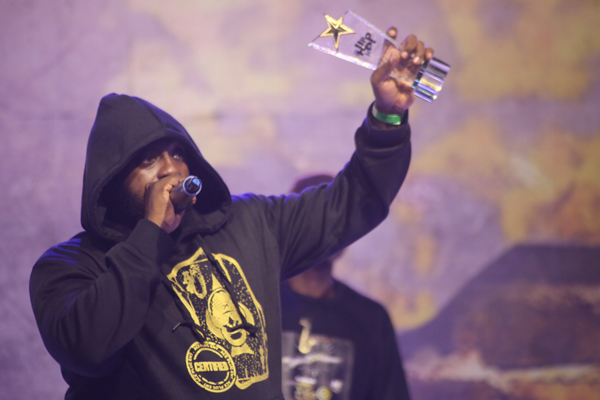 Kracbone received the Album of the Year award for Ego.

But then there was the winning album, Ego by Kracbone, a collaboration effort that brings together more than 30 Ugandan artistes who bring different breaths, influences and synergies on a body of work.

Navio won the Best Male Artiste accolade while The Mith took home the Song of the Year award for his Give Her Love alongside Herbert Ssensamba.

Besides the awards, the event has since become a place where fresh rap talent comes to exhibit, thanks to the MTN Cypher. This year, the challenge was won by Triggah, while Pearl of Africa talent search’s Ebrahim Solo was a first runner up and King Missy, the only girl in the competition came third.

As hip hop is a culture, dance and deejaying were celebrated as well.