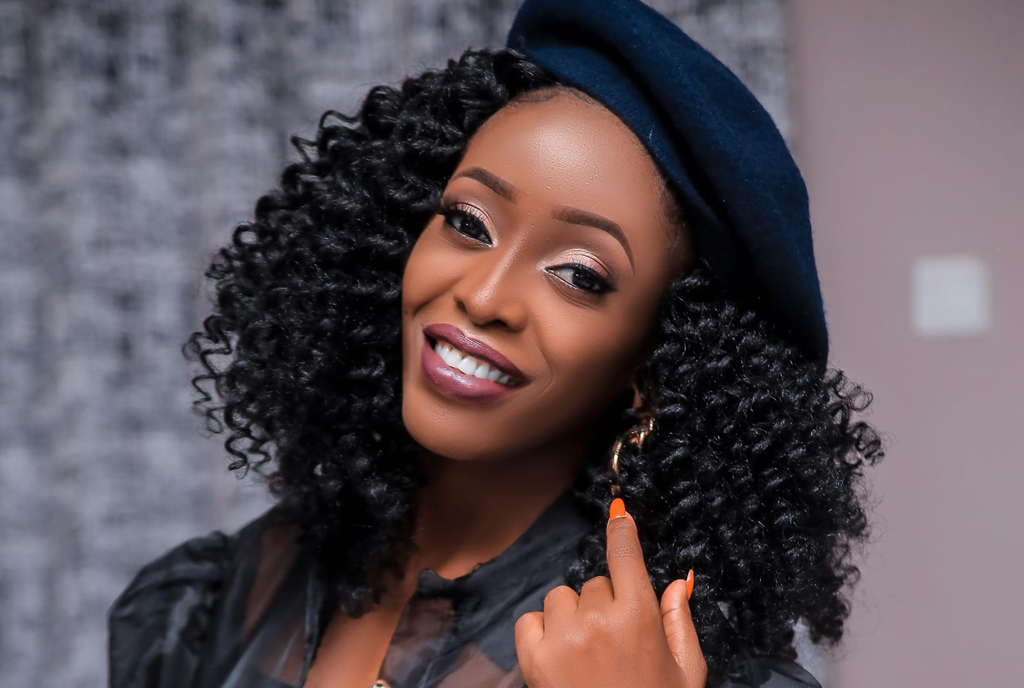 Not Done Yet: Eleven years ago, singer Renah Nalumansi joined Uganda’s music industry as a member of Dream Galz,  a group that was famous for its hit Weekend. She later went solo and has been on and off the scene. But recently, she bounced back from her long maternity leave and Gabriel Buule caught up with her on music and career.

Renah of Dream Galz and Renah Nalumansi the solo artiste, who do you think is more appreciated by the audience?

Two different experiences! In Dream Galz we were appreciated more as a group because people were still trying to identify who was who and by the time we separated, we had a trending hit; Weekend, which gave each individual a platform to be seen and judged solely much as we were in a group.

At the time when the group was trending, is when I chose to work on myself as an individual. I had to make sure that people got to know Renah as a solo artiste, not just as a former Dream Gal.

First of all, Dream Galz was Mr Eddie Yawe’s personal dream with hopes of having an all-girl band, dancers, singers and more.

Actually when we were in Dream Galz, most members auditioned as dancers and they were at first called Dream Dancers, only to switch to music later.

Building an artistic brand is a tale of patience and perseverance and it takes a lot of sacrifice that in some groups people work with no pay, which is actually one of the reasons people kept joining and exiting Dream Galz.

I never looked at money and I stayed until when I was joined by Leilah Kayondo and Anita the Diva and we released a hit song called ‘Weekend’, which gave us an opportunity to start making money.

However, we got to a point where we felt we were not paid enough yet we were doing many shows and as I told you Eddy had a dream of an all-girl band, so he kept bringing other girls yet we wanted to remain three because we felt we had found our own style and had a special bond.

We felt people were beginning to appreciate us and identify us as a brand of three girls but Eddy felt otherwise, so I think those are some of the main reasons we had to let go.

So would you say money determined the fate of Dream Galz?

Yes. Financial independence was a big part of the break up. In the beginning it felt fine to earn little because we could also see that some shows were meant to promote us but time came when we were working more yet still earning little.

At one point, we were forced to take some shows behind Eddy’s back because promoters would call us and so we knew the fees we were working for compared to what we were being paid.

There was rumor in January 2016 that there would be a re-birth of Dream Galz following your performance at Eddy Yawe’s political rally. What happened exactly?

Yes, that rumour was somewhat true. We re-organised and performed at our former boss’ political rally and we agreed to do something as Dream Galz Reloaded.

We actually recorded a few songs such as ‘Celebrate’ and ‘Walala’ as we planned to work on an album but it all failed at a point when we could not meet to shoot videos for the available projects.

Everyone did not seem to have time and that is how the project died. We even tried again and still failed, so we just left it at that. Maybe in the future we shall create time and do something lovely.

Is it difficult to have a successful career in a music group?

I do not think so. You just have to be with people who dream as big as you do, who want it so bad and believe in working together because in a group you have to win together.

What makes it hard usually is someone thinking they are better than others. Ego kills groups. In groups people have to complement each other, everyone has something they can add to the group so if people learn this, then groups will surely stay and make it.

We have seen several music groups collapse in Uganda, where might the problem be?

Usually groups collapse because of internal conflicts among group members, disagreements with managers, payment, growing pride and sometimes fame takes the best of everyone.

You recently bounced back with a new song dubbed ‘BOYi’, tell us about that.

BOYi was written by Raj then Daddy Andre edited and produced it. It is a mid-tempo uptown love song which I named BOYi to identify with my ghetto people because BOYi is a ghetto slang.

It is about one confessing their undying love to the other, assuring them how they make them run crazy in love and how they want to be with them all the time.

I have a lot of plans and some of them are going well. For example, I always had a dream of having a band and that has come to pass because Renah N’ Band plays in different places during the week.

We are working on albums to tap into the digital boom and also release singles here at home. We have shot a few videos after BOYi and we shall release them one by one soon. Basically Renah is not about to stop.

We recently learnt that your husband is your manager; does it make any difference in your music career?

You see, we are in an industry where female musicians are feared when it comes to marriage. I feel like people think we cannot settle down, we are not marriage material yet actually that is not true.

My manager being my husband is a blessing to me because first of all he is my number one fan and he believes in me, he works knowing this is for family and so he does his best.

I do not have to worry about late night performances because I will be with him, he knows when and where to book me. He also understands that this is entertainment, some fans will dance with me and it is okay. I am not just in love with my manager, but he is the man of my dreams.

What do you think is making Uganda lag behind countries such as Nigeria and South Africa?

Uganda will forever lag behind if all stakeholders do not put their pride and egos aside and promote their own, starting from DJs, media, promoters, critics and musicians themselves.

I have never been to Nigeria but I hear in Nigeria they play a good percentage of their music but here, their music will become anthems, they will be invited and given lots of money unlike Ugandan musicians.

It is as though we have a grudge against our own music and I do not believe in that saying that we do not have good music because once upon a time Congolese music and South African music was up there so the Nigerians had to think of how to become top and they did that.

Right now, the industry has become very expensive that you have to spend and invest a lot of money, which you might never get back just in case the song does not get you gigs, so you have to be very careful and do things the smart way.

What is your way forward?

Well, I am going to keep doing my music at no pressure. Right now I am also giving my band priority because I want it to become one of the biggest in Uganda and Africa at large. For my fans in the diaspora, I will always put an album for them on all the online music platforms so that they can stream and buy, so basically it is work, work and work all through.

What does it take to do music with you?

Sometimes it is just aggressiveness and talent; the way you approach me or my management will definitely matter. I have worked with Beenie Gunter before the world got to know him and other little known artistes and it was free, all because of their approach. However, if anyone wants to work with me, we can always come up with something.

I have worked with Jose Chameleone, Henry Tigan, Gravity, Eddy Yawe, The late Dizzy Nuts, Tiktah etc and out of all these, it is Eddy Yawe and Dizzy Nuts who have stepped on stage with me. I am not looking at any particular musician to work with because it can happen with anyone as long as we vibe.