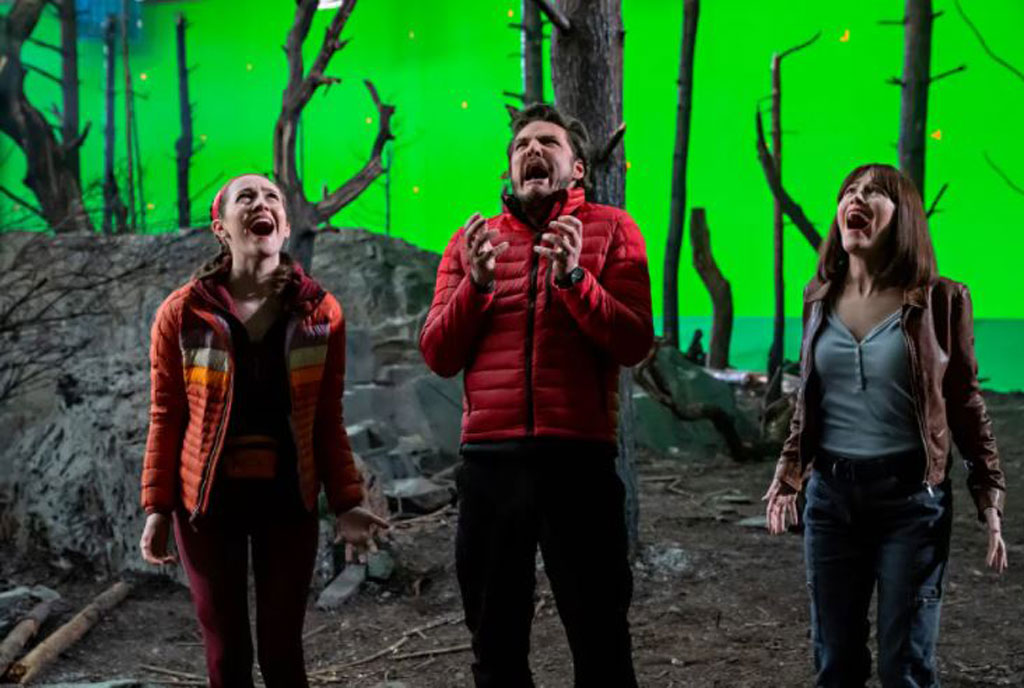 The Bubble is a satirical take on so many things. From Hollywood having a franchise for almost everything these days even when it does not call for it, to the restrictions around Covid-19 and how weird some of them now seem, the movie has no bounds. The movie is about the cast of the movie, Clif Beasts 6, who have been put in a ‘bubble’ at a posh hotel while they film the movie, and the misadventures they get themselves into.

The main character is Carol (Gillan), a has-been actress with poor ratings after being cast as an Israeli-Palestinian character in her last movie. She also turned down her recurring role in the fifth instalment of the franchise, so she is nervous about returning for the sixth, especially since she will have to be in close proximity of her castmates for an extended period of time. Then there is Krystal (Apatow), a TikTok star who shows us that no scenario is too inappropriate for shooting a TikTok video. And many more other interesting characters. Seriously, every cast member brings their own dose of silliness to the movie. Even Benedict Cumberbatch who acts as himself is interesting. My favourite though are not really in the main cast but they keep things funny – Anika (Bakalova) and Bola (Kayo).

That said, as is the case with most movies trying to make fun of something, you may love The Bubble a lot or you might hate it. The plot may come off as one making light of the actual struggles that came with being in a Covid bubble. Struggles such as not being able to take long walks or even have access to pampering services, which the cast in the movie had access to. So for that, you might not like it, especially if silly comedy is also not your cup of tea. However, if like me, you need a break from the very serious events of the world, this is a good distraction. It just feels like we could have enjoyed it better in 2021.