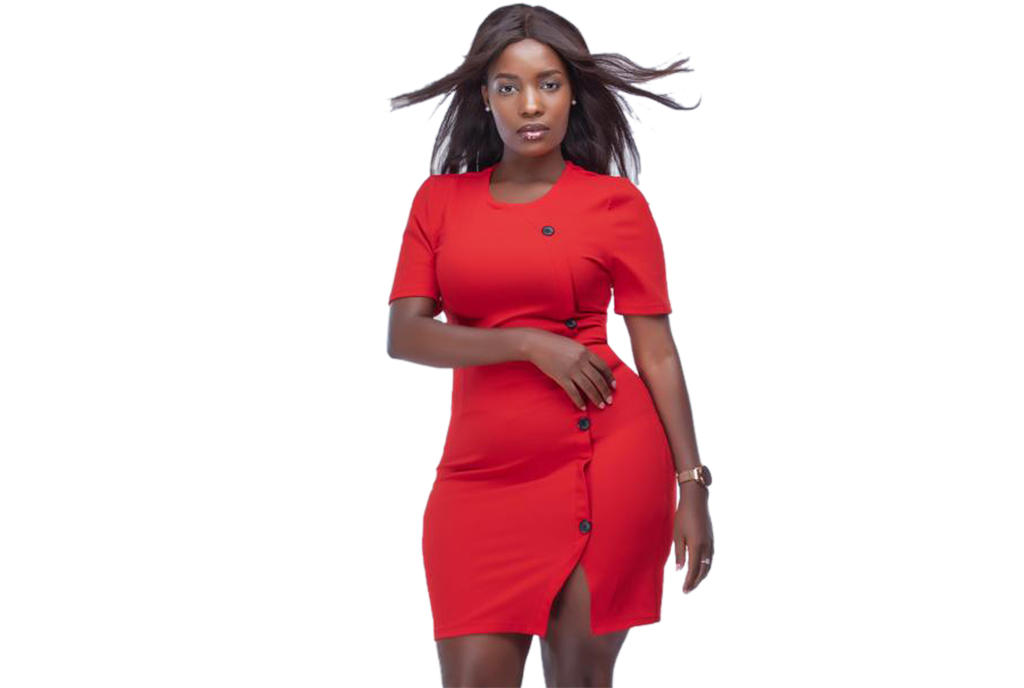 Upclose. Hasifa Nabbanja commonly known as Haffy Powers is a TV personality. She co-hosts Kasukaali a love matters programme on BBS Television with Hasifa Kalrunji every Tuesday at 11pm and Sumulula shows. Isaac Ssejjombwe finds out more about her.

Tell us about Haffy Powers.

Haffy is the second born from a family of four. I am a mother of one, a journalist and a businesswoman.

What is the origin of the name Haffy Powers?

Haffy is a short form of my name Hasifa. There was a TV soap opera we used to watch which featured an actress called Amora Powers, and that is how I zeroed down on Powers.

Because we were not trusting social media back then, I  opened an account as Haffy Powers. When I joined radio, my then bosses asked me to use it because it fit in well on radio. Since then, it became my brand name.

Where did your  media  journey start from?

I used to work at Club Amnesia and our boss started a radio station (Galaxy FM). We used listen to it and really admired everything. I did not have any knowledge about radio but I felt like I could give it a shot.

One day,  I told my boss about my admiration for radio and asked for placement. He asked if it had been one of my dreams and I told him it  was.

He told me to report to radio the next day and do a voice  test which was impressiveand I got a job as  a radio presenter.

You are a TV presenter who has previously worked on radio.How different are the two mediums?

However much you prepare for a show you must read and stay informed, I feel like with  TV one has to put more effort into their physical appearance on top of the mental preparation.

Also, the producer plays the biggest role which is not the case with radio.

Radio requires you to read a lot. And this has begged the question;  ‘could this be the reason TV people do not warm up to radio?’

Which medium do you prefer?

We know, marketwise visual is the way to go, seeing how my brand has grown fast is amazing but I miss radio.

Do you have the qualifications to be on TV?

I had studied nursing but when I joined Galaxy my boss advised me to go back and study mass communication.

He advised me to go to UMCAT and pursue a diploma and all I remember is that my salary paid my tuition.

BBS has a programme Kasukaali hosted by Hasifa Karunji. She, on several occasions hosted me while I worked on radio.

Later, they contacted me to help them sit-in on their morning show (Sumulula, camuka mudirolyo and Kasukaali) when the host took sick leave.

I must have done a good job because they asked to retain me, and as they say,  the rest is history.

What is the first thing you do when you wake up?

I definitely thank God for the gift of life.

First thing you do when you get to work is…?

I meet my producer and co-host to prepare for the shows.

I remember my stepmother putting my hand on a burning charcoal stove after she found me playing with matooke.

The next time she beat me with a mingling stick on the head after finding me licking sugar. I bled all over and when my mother visited and refused to take us with her, I almost died.

Your  first kiss was…?

With my first boyfriend. We were in Senior Four vacation and he invited me for their leaver’s party at Resort Beach Entebbe. He asked me to kiss him while Nasinzia  by Nameless was playing in the background.

Romeo and Juliet, a love story by William Shakespeare.

A waitress at Club Amnesia.

What did you use your first salary for?

I gave it to my mother to buy food.

I am a TV presenter.

The flexibility to pursue my other interests and projects.

The day I gave birth to my son.

Best advice and from whom?

My mother once told me “You should never love anyone’s man. At least let your man have a second wife so that we say the other woman ‘entered’ your space.”