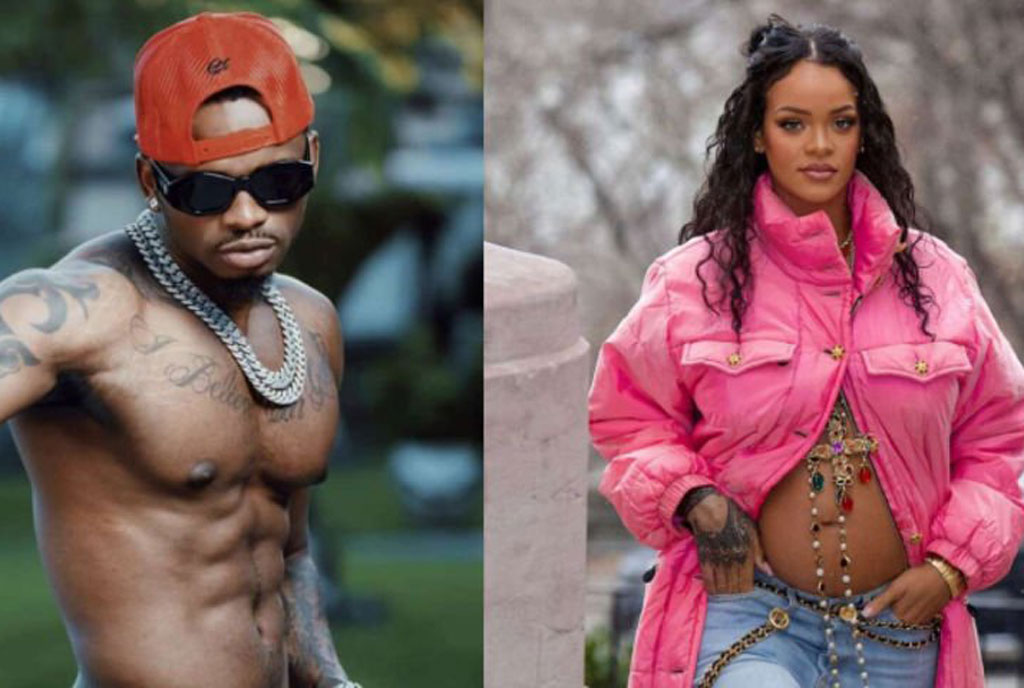 On Wednesday, he held a listening party for the 12-track EP that has two songs, “Mtasubiri” and “Fine”, which is trending in the top 10 in Kenya. In an interview with the BBC, Diamond disclosed his team had reached out to managers of the heavily pregnant Rihanna to discuss the possibility of collaborating on a project.

“I would love to work with Rihanna if not in my current album then the next one. My team has already initiated talks with her management and the discussions have been fruitful. We have reached some level of understanding,” the singer said.

But Diamond said such a collabo can only be realised once Rihanna delivers her first child. “With the Rihanna situation at the moment, she could still feature on my current album but my best bet would be on my next album,” he added.

Diamond’s bold claims come as the chanteuse is readying herself to release her ninth studio album, R9, which she has been touting for the last four years.

Rihanna has not released a new single in that time either.

Some US publications have reported that Rihanna plans to end the wait by dropping the album once she delivers her child. It will be her first reggae album, a tribute to her Caribbean roots. With this in the picture, it remains to be seen how her possible collaboration with Diamond will pan out.

Diamond’s intentions to have more collaborations with American stars are clear. The majority of the Wasafi Records founder’s fan base globally is in Kenya, Tanzania and the US, in that order, according to YouTube statistics. So far, he has worked with RnB superstar Ne-Yo, for which he revealed in 2019 he had to cough up $104,000 (Sh12 million) to make it happen.

The song “Marry You”, released in 2017, has garnered over 56 million views on YouTube. Diamond was also fortunate enough to collaborate with rapper Rick Ross on their “Waka Waka” jam after paying $56,000 (Sh6.4 million).

The song, released four years ago, didn’t do as well as most of his songs, drawing only 13 million views to date. The confessed ‘player’ also worked with another American RnB star, singer Omarion, whom he featured on his third studio album “A Boy From Tandale”.

Their song “African Beauty”, released in 2018, became a massive hit, attracting over 68 million views to date.