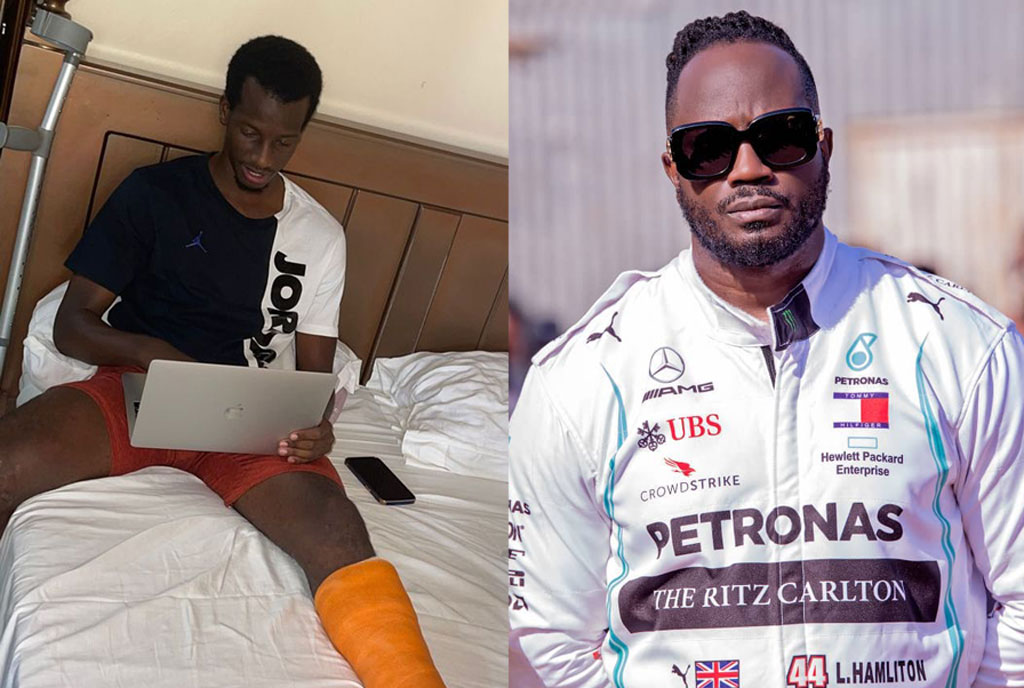 Singer Bebe Cool alias Moses Ssali has come up to show his discontent towards Uganda’s health care system. This comes after his son Alpha Thiery Ssali got a leg injury on duty in Spain.

According to Bebe Cool, the injury was likely to intensify if wasn’t attended to faster.

“A few weeks ago while in Spain for some exposure games, Alpha got an injury which seemed not so bad then, surprisingly, on his return was handled by our Ugandan soccer doctor’s directive and seemed ok until today (Tuesday) during training, he got hit again at the same spot,” reads part of Bebe Cool’s post on social media.

The 18- year old was expected to travel to London in a fortnight for the under 18 premier league training but Bebe Cool says, the opportunity is now pending.

“We were expected to be in London two weeks from now for a one-month training with the U18 premier league team but now because of this injury, this opportunity will be pending”

He adds that the same kind of health weakness is likely to end in the loss of very many talent who are unable to have serious treatment after getting injured,

“So many players in different sports disciplines get injured but can’t get the right treatment because it’s so expensive, and this forces the players and the team doctors to resort to the use of ice as the only way for treatment without even scanning the injuries,”

Alpha Ssali is currently playing under Proline Football Club in the forward position.