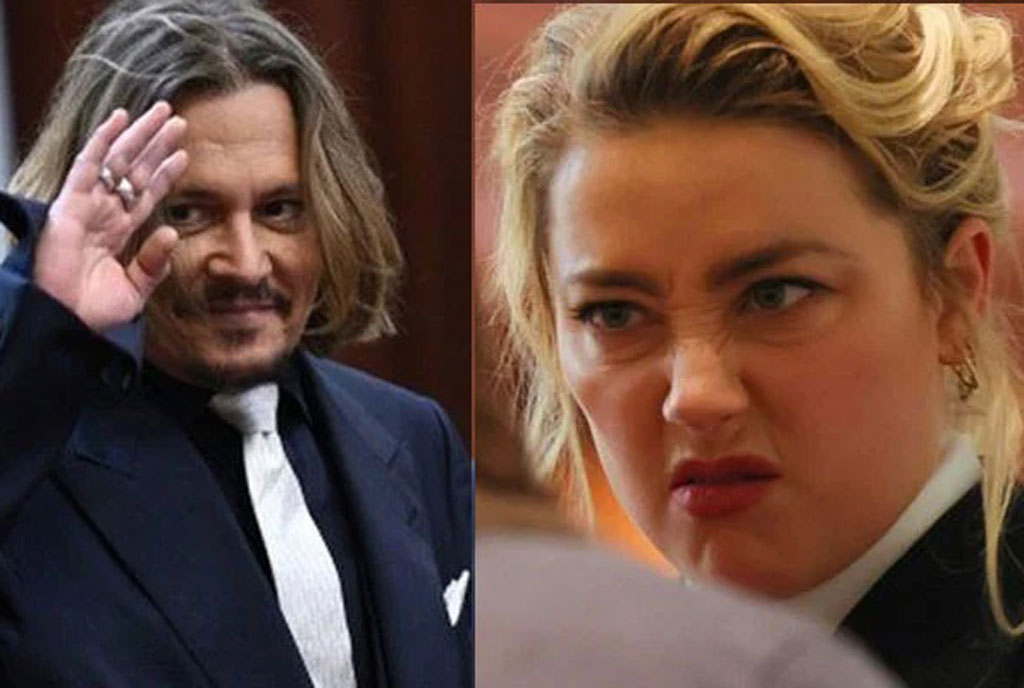 Lawyers for Amber Heard ended their cross-examination on Monday of Johnny Depp at his defamation trial against his former wife by playing recordings of heated arguments between the couple.

“Shut up fat ass,” the 58-year-old “Pirates of the Caribbean” star is heard telling Heard in one recording.

In another audiotape, the 36-year-old Heard, who had a starring role in the movie “Aquaman,” accuses Depp of having “beat the shit out of” her and throwing a “swing” at her.

Depp has denied ever being physically abusive towards Heard and has claimed at the trial in a Fairfax County Circuit Court that she was the one who was frequently violent. Depp filed a defamation suit against Heard over a column she wrote for The Washington Post in December 2018 in which she described herself as a “public figure representing domestic abuse.”

Heard never named Depp but he sued her for implying he was a domestic abuser and is seeking $50 million in damages.

The Texas-born Heard countersued, asking for $100 million and claiming she suffered “rampant physical violence and abuse” at his hands.

Depp and Heard met in 2009 on the set of the film “The Rum Diary” and were married in February 2015. Their divorce was finalized two years later.

Heard’s lawyers pressed Depp extensively about his drug and alcohol use during his three days on the witness stand.

“If anyone had a problem with my drinking, at any time in my life, it was me,” he said. “The only person I’ve ever abused in my life is myself.”

Heard’s lawyer Ben Rottenborn also sought to convince the seven-person jury hearing the case that the accusations against Depp pre-dated the Washington Post article. Rottenborn noted that Heard had filed a temporary restraining order against Depp in Los Angeles in May 2016, citing abuse, and quoted headlines from a number of newspaper articles.

“These are all hit pieces,” Depp replied.

Depp also played down some of the harsh language he used to describe Heard in text messages to various friends.

“It’s just irreverent and abstract humor,” he said, and was “ashamed that this has to be spread on the world like peanut butter.” Depp filed the defamation complaint in the United States after losing a separate libel case in London in November 2020 that he brought against The Sun for calling him a “wife-beater.”