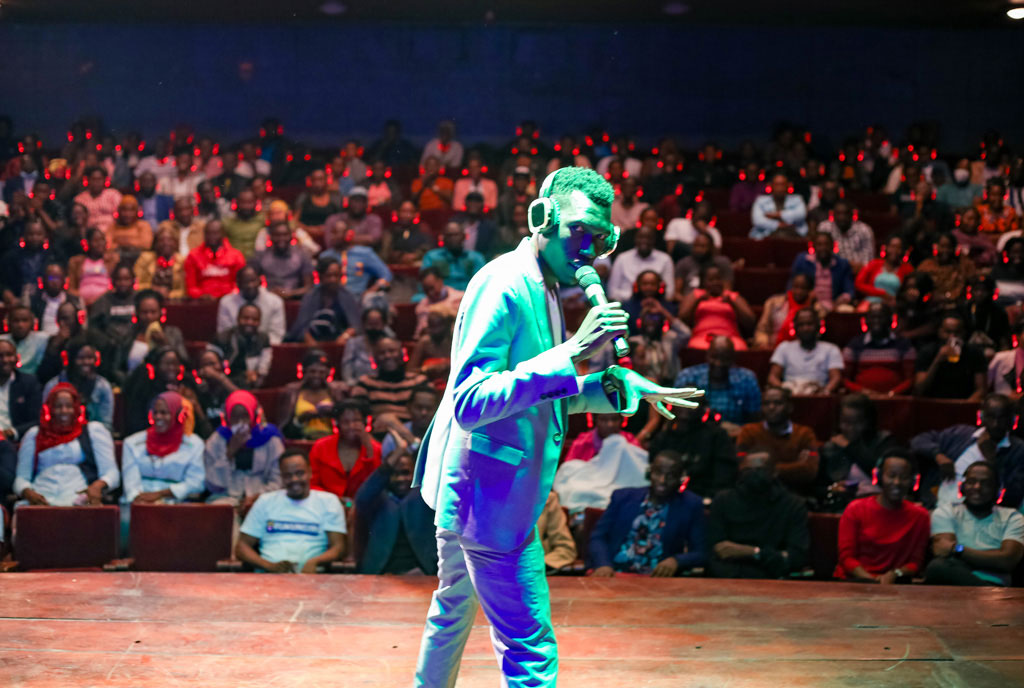 Warning: We are living in an age that enables unbridled self-expression yet there is also political correctness to contend with. It is a situation of do and be damned or do not and be damned. People are now quick to take offense at anything, writes Andrew Kaggwa.

By now, everyone has probably heard about the 2020 Academy Awards. Over the years, there is always that one thing that becomes a highlight of an award show; think about those child actors from Slumdog Millionaire at the Oscars in 2009, the selfie of host Ellen DeGeneres and a number of celebrities in 2014 or the 2020 edition where Parasite, a film from South Korea made history by becoming the first foreign language film to win Best Picture. Before that win, Eminem had put up a surprise performance of Academy winning single Lose Yourself, the original song from the film 8 Mile. Apparently, the rapper missed the ceremony in 2003 and thus made good with the academy with a surprise performance 18 years later.

Then the 2022 Oscars happened – if there is one thing that will be talked about this year’s event, it is the fact that this is the year actor Will Smith slapped comedian Chris Rock.

It started when Chris Rock made a G.I Jane joke about Will Smith’s wife Jada Pinkett. What followed was Will walking to the stage, punching Chris and sparking a whole debate of who of the two was right or wrong.

It should be noted that Jada Pinkett Smith has been vocal about her struggle with alopecia, a condition that causes hair loss. For some, Chris Rock likening Jada to Demi Moore’s 1997 film, G.I Jane character, was him joking about the wife’s health condition.

Another conversation making rounds was how far is too far with comedy?

Uganda has always had a comedy scene, though, towards 2010, when Theatre Factory was making waves, a number of comedy outfits started mushrooming. Then M-net produced the Stand-Up Uganda comedy contest that was looking for Uganda’s funniest stand-up comedian.

Kenneth Kimuli, alias Pablo, won the contest but besides the winner, the competition launched talents such as Patrick Idringin alias Salvado, Daniel Omara and Alex Muhangi, among others.

These names immediately launched the country into a stand up frenzy, as time went on, almost each neighbourhood with a hangout joint started hosting a comedy night of some sort.

There was a time these comedians would almost talk about anything in the name of cracking a joke. For instance, some vernacular comics took no prisoners and easily turned to any profanity that could come to mind, others did a bit of body shaming to a level that no audience member was safe.

At one point elite comedians went tribal with jokes of “the Baganda do this….” and for some reason, they kept getting away with it.

Today though, a lot has changed and along the way, the joke material has been greatly affected. For instance, where a certain comedian easily said a joke about people being oversize, they will be called out today for body shaming, just like Chris Rock was called out for crafting a G.I Jane joke in bad taste.

Okello Okello, the proprietor of the Black Friday Silent Comedy shows, has once been on the receiving end. Once, during one of his shows, he cracked people up with a joke about the Basoga. However, later, one of the people from the audience approached him to tell him the joke did not go down well with him and the comedian apologised.

“At the beginning of my career, I did a tribal joke about the Basoga and the audience was dying of laughter but there was this gentleman who felt offended, I apologised to him and promised that I was not going to tell the joke again. That is the last time I did a tribal joke,” he says.

Other comedians have got into trouble over jokes they have made, sometimes months or years after the performance. For instance, in 2019, Salvado landed into an online mess after a clip emerged of him slipping genocide into a joke he was performing about RwandAir.

In the joke that was called tasteless and disgusting online, Salvado talked about different airline cabin crews and while talking about RwandAir, he mentions amafaranga (meaning Rwandan francs) then Paul Kagame followed by some gibberish then the word genocide.

Rwandans on Twitter were on Salvado’s case seeking an apology. They claimed that his joke was in bad taste for a fact that it made fun of the innocent souls that died during the 100-day carnage.

But there were also those divided, who argued that he did not make fun of the genocide but just mentioned the word.

In his defence, Salvado tweeted, “I can’t apologise for your failure to understand my joke. I dare you to tell me what joke I made about the genocide…then I will apologise. What did I say sir?”

He later noted that when he made the joke, there were a few Rwandan dignitaries in the audience who did not seem offended by the joke in the first place.

Comedians world over have argued about the fact that people are easily offended. It is something to do with the world and people trying so hard to be politically correct.

This has affected the way comedians create jokes since while brainstorming, they have to factor in people who may not like or even understand the joke they are writing.

Timothy Nyanzi, the brains and host of the New Material Night, a weekly show hosting mostly fresh comedians testing out newer material, says the bottomline for comedy is it being funny, and not necessarily being politically correct.

Okello Okello believes comedy audiences are not as sensitive. In fact, he says most of the people complaining are not comedy fans but people who watch edited clips online. This actually explains why the Salvado clip surfaced many months after the initial performance.

Nyanzi agrees, “Most of the times comedy audiences enjoy the jokes, it is people who were not at the show, who watched these things on TV that start creating these spreadsheets to fine tune how a joke should have been told.”

Some argue that these days, people get offended because they are simply mindful of the way things they say will be understood, especially today, when the world is divided into many subsets which have also created lots of ‘isms’; tribalism, racism as well as other forms of segregation such as homophobia and body shaming, among others.

With the society being intolerant of some jokes, it is thought as a progressive nature of the society, they are willing to hold comedians just like politicians accountable.

“To some extent, the politics of the day censors comedians and it obviously hurts the way we create because the moment you limit the source of content, we are going to be left with only a few subject matters,” Okello says.

Nyanzi also agrees that art is self-expression and thus, when there is a limit to how one can express, then you are obviously putting an obstacle to their creativity.

Is there a line?

With the way audiences, especially those online consume or breakdown material, the fear is that dark humour may soon become obsolete. Comedians believe there shouldn’t be a line as far as subjects matters one can talk about are concerned.

Okello Okello believes that he would have crossed the line if he picked on an audience member and went personal, although Nyanzi on the other hand believes there are no lines that should never be crossed.

“Though I respect people’s reservations, when they tell me not to talk or joke about something, I will respect that but I don’t think a line exists,” he says.

And maybe he is right, considering the fact that the joke that got Chris Rock slapped and later Will Smith apologising, was one that even Will himself and many other people laughed hard, only to be condemned later.

On a different day, in another setting, Trevor Noah talked about a partly deaf person who once asked him why he did not write material about deaf people. His argument was that he doesn’t joke about people with disabilities, only for the deaf person to answer; “It’s not like we don’t know we are deaf.”

Yet, on any day, if a comedian made a joke about deaf people, non-deaf people are likely to find it offensive. Maybe at the end of the day, comedy goes as far as the person the joke lands on.

At the beginning of my career, I did a tribal joke about the Basoga and the theatre was dying of laughter but there was this gentleman who felt offended, I apologised to the guy and promised him that I was not going to do the joke again. That is the last time I did a tribal joke.