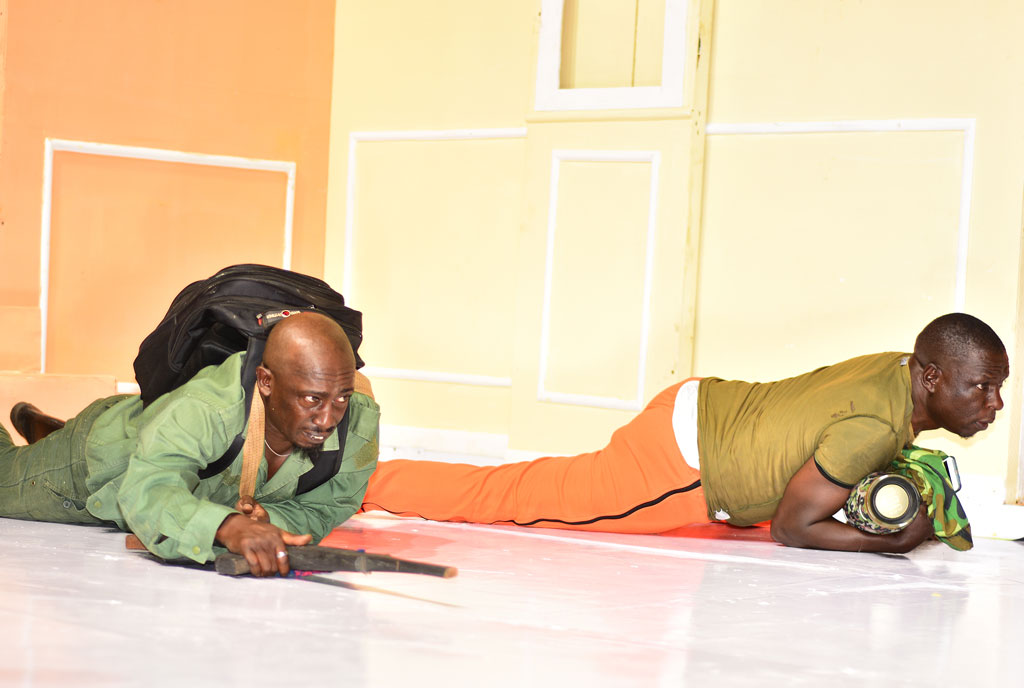 The comedians acting out the skit on Ugandans who went to fight the Ukraine war. PHOTO/MICHAEL KAKUMIRIZI

After a two-year break and months of being glued to Mizigo Express, Fun Factory was expected to crack our ribs. But did they?

Before Covid happened, Fun Factory had planned to hold their 10th anniversary and just like that, the event was cancelled until further notice.
Hannington Bugingo and team decided to try out a virtual comedy show at the National Theatre, but after two shows, they gave up. Their only option to keep their loyal fans entertained was through their weekly show, Mizigo Express, which airs on Pearl Magic.

It was some of the skits from Mizigo Express and a bit of their old that the comedians fed us on Saturday evening during their ‘Grand Return’ at Kampala Serena Hotel.

It was a full house with revellers starting to access the venue as early as 6pm but it was not until 8pm that the show started with a burgeoning artist known as Yo Kuki as the opening act.

Before the show began, the host, comedian Richard Tuwangye reminded the crowd that proceeds from the show would go to a fundraising drive for a school of the deaf in Ngora.

The opening act was led by Dickson Zizinga, who is without doubt a crowd puller, so expectedly, the crowd clapped as soon as the lights shone on him. He kicked off with a news bulletin, with stories around what transpired during Covid-19 pandemic. 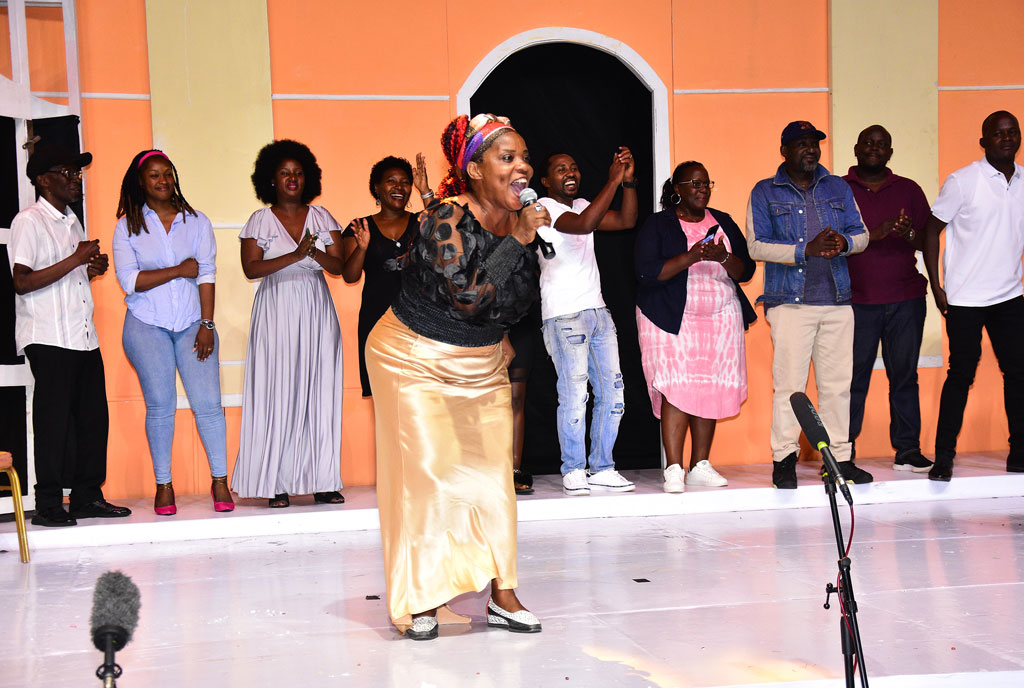 Chance Nalubega was one of the acts saved for last.

The most interesting part was the screens showing Frank Walusimbi in NTV studios reading news about what was transpiring in Ukraine and then calling upon Solomon Kaweesa who was on ground to report about the story. Live on stage, Kaweesa killed it with his ambiguous Luganda words reporting about some Ugandans joining the war but with different intentions. Some had gone to rob, others to search for greener pastures.

Then there was the skit of Raymond Rushabiro acting as Shaka Ssali from VOA and hosting some Ugandan delegates, including Andrew Muwenda (Bugingo), Kizza Besigye (Zizinga) and Miria Matembe (Tuwangye). All the characters were acted to perfection, especially Matembe who came complaining of her lost suitcase and Mwenda who did not make any sense in his words.

The comedians had three hours on stage, but with 17 skits to present, they could not beat the time. By 11:30pm, many people were beginning to walk out of the show. What the hosts did not mention was that Kabuye Ssemboga and Chance Nalubega were lined up to perform; that would have been bait to perhaps keep some people put, considering the not too enthusiastic performances. Teacher Mpamire and Daniel Omara we the other comedians that performed mid show.

After a two-year break and a 10-year anniversary on them, the ‘Grand Return’ show was far from grand and could have been better curated; right from content, production, sound to the stage – we lost count on how many time comedians almost tripped on stage.
It was a meh show and we hope as Fun Factory return for their weekly show at the National Theatre this week, we shall laugh more.