Zafaran is the latest addition to Swangz Avenue 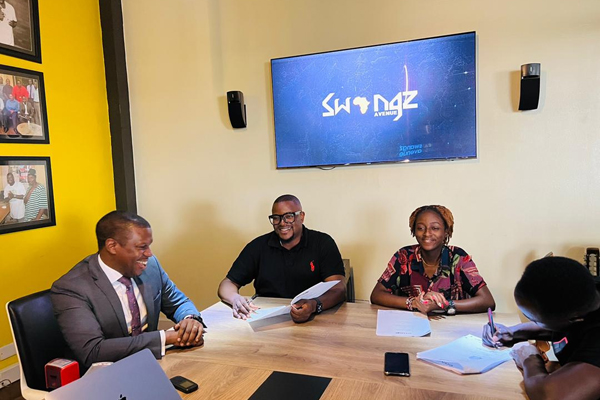 With the success of Azawi and Vinka, and while Winnie Nwagi recently renewed her contract, Swangz Avenue has today added Josephine Nakyoonyi to the team as the recently signed artiste.

The industrial area-based record label unveiled Josephine Nakyoonyi who is now known as Zafaran with the presence of her lawyers and Swangz lawyers as the contract was signed.

Details of the contract have not been disclosed but it’s believed to be a long-term one.

According to our source, before the signing, Zafaran has been under training for months leading to the contract signing and was one of the backup musicians to King Saha and Chameleone during the just concluded Tusker Malt Conver sessions.

During the reveal video, there’s a teaser of what is believed to be her song playing in the background even though there are no details about music releases yet.

With this signing, it takes the number of artistes signed by Swangz Avenue to four and they are all female.