Will Smith refused to leave Oscars after Rock slap – Academy 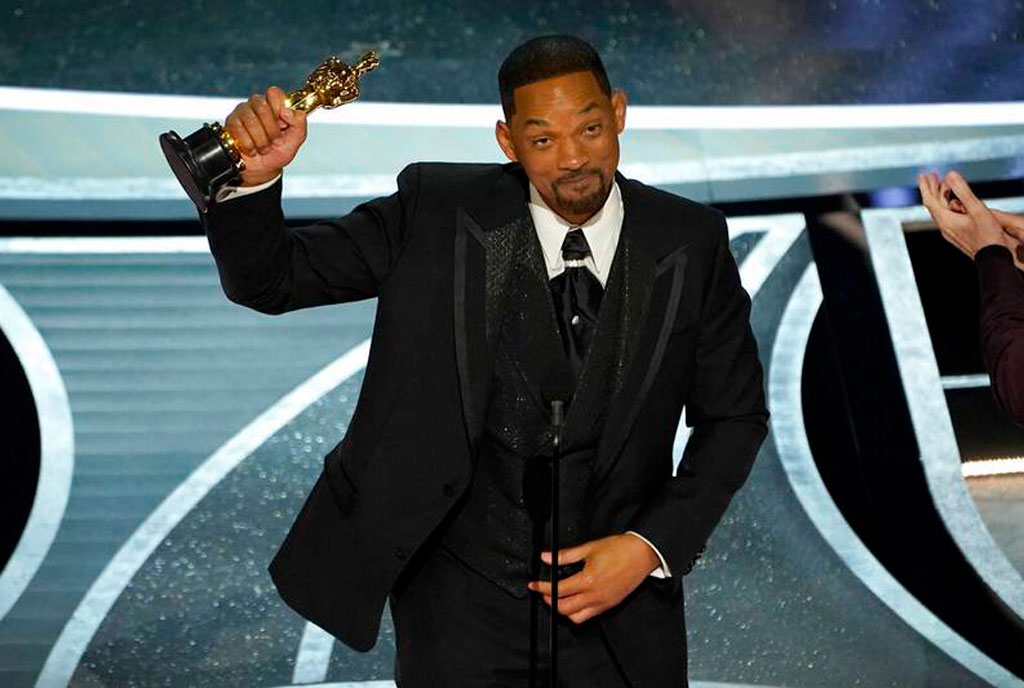 Will Smith refused to leave the Oscars ceremony after attacking comedian Chris Rock, the Academy of Motion Picture Arts and Sciences revealed Wednesday, as it began disciplinary action against the mega star.

Smith could face expulsion from the Academy for the open-handed slap, which came moments before he was handed the best actor award for his role in “King Richard” an announcement greeted with cheers by the audience.

“While we would like to clarify that Mr. Smith was asked to leave the ceremony and refused, we also recognize we could have handled the situation differently,” a statement said.

The Academy, the body that hands out the Oscars, said it would hold a vote on what action should be taken against Smith over the globally televised assault, which marred Hollywood’s most important evening.

“The Board of Governors today initiated disciplinary proceedings against Mr. Will Smith for violations of the Academy’s Standards of Conduct, including inappropriate physical contact, abusive or threatening behavior, and compromising the integrity of the Academy,” the statement said.

“Mr. Smith is being provided at least 15 days’ notice of a vote regarding his violations and sanctions, and the opportunity to be heard beforehand by means of a written response.

“At the next board meeting on April 18, the Academy may take any disciplinary action, which may include suspension, expulsion, or other sanctions permitted by the Bylaws and Standards of Conduct.”

The group is under intense pressure to respond appropriately to the slap, which has dominated coverage of the glitzy awards and taken the spotlight from several notable firsts including for the mainly deaf cast of “CODA,” who won best picture. Expulsion from the exclusive club is rare, but not unheard of: Harvey Weinstein was kicked out in 2017 after reports emerged of decades of sexual assault.

Director Roman Polanski was expelled in 2019 after years of controversy about his 1978 conviction for the rape of a 13-year-old girl.

Neither man was stripped of their Oscars.

Attendees of the ceremony Sunday watched agape as Smith stormed onstage and hit Rock, who had cracked a joke about his actress wife’s closely cropped head.

Jada Pinkett Smith has alopecia, a condition that causes her to lose hair.

Rock managed to keep the gala on track, but the atmosphere at the event had shifted unmistakably.

Less than half an hour later, when accepting the movie world’s highest honor for an actor, Smith tearfully claimed: “Love will make you do crazy things.”

The star of “Men in Black” and “Aladdin” subsequently apologized to Rock in an Instagram post, and Pinkett Smith posted on the platform that now was “a season for healing.”

Rock finally spoke publicly about the episode to a sold-out crowd in Boston on Wednesday.

“How was your weekend?” he asked the audience as he took to the stage, before adding that he didn’t have any material about the slap.

“If you came to hear that, I have a whole show I wrote before this weekend,” Variety reported him saying. “I’m still kind of processing what happened. “At some point I’ll talk about that shit,” he added. “And it will be serious and funny.”

In its Wednesday statement, the Academy offered its apologies to Rock over the “deeply shocking, traumatic event.”

“Mr. Rock, we apologize to you for what you experienced on our stage and thank you for your resilience in that moment,” the Academy said.

Oscars’ co-host Wanda Sykes, one of three women whose turn at the helm of the show has been widely praised, revealed Wednesday she felt sick after the attack and thought Smith should have been ejected. “It was sickening. It was absolutely I physically felt ill, and I’m still a little traumatized by it,” she told talk show host Ellen DeGeneres.

“And for them to let (Smith) stay in that room and enjoy the rest of the show and accept his award, I was like, ‘How gross is this?’ This sends the wrong message. “If you assault somebody, you get escorted out the building and that’s it. But for them to let him continue, I thought it was gross,” she said.

She also told DeGeneres that she had spoken to Rock after the show. “The first thing he said is, ‘I’m so sorry.’ I was like, ‘Why are you apologizing?’ He was like, ‘It was supposed to be your night.

“You and Amy (Schumer) and Regina (Hall) were doing such a great job. I’m so sorry this is now gonna be about this,” Sykes said Rock told her.