Walking to celebrate creatives across Africa 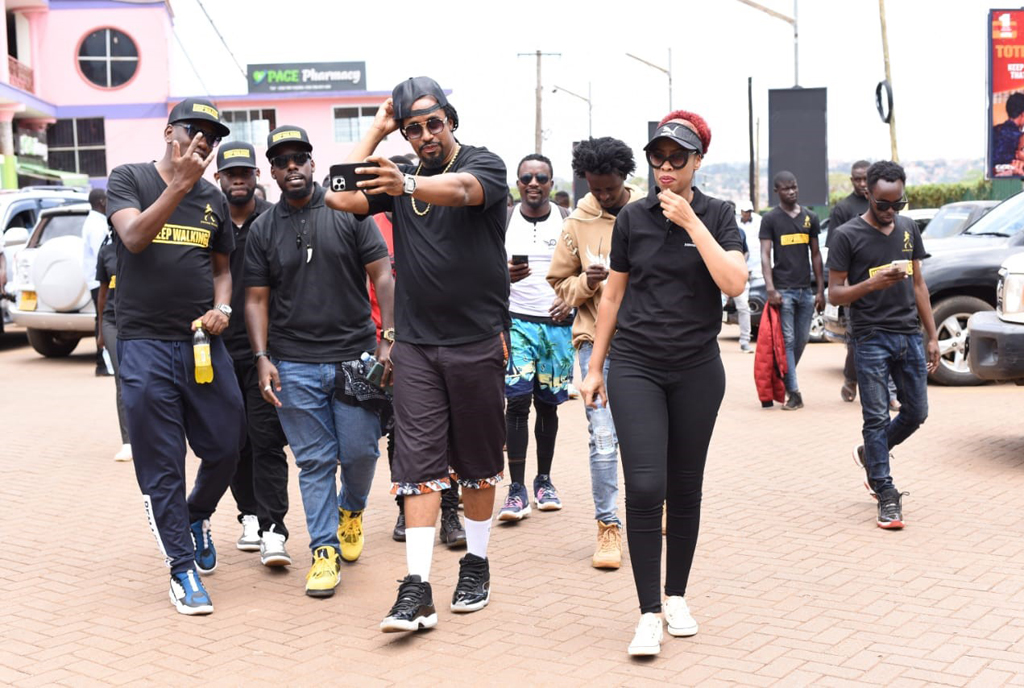 Some celebrities who will participate in the Walker’s campaign meant to celebrate creatives across Africa. Photo / Isaac Ssejjombwe

Navio, real name Daniel Kigozi, is one of the pioneers of Uganda’s urban hip hop but it has not been an easy road for the ‘boy from Rubaga’. He was ridiculed for being a mummy’s boy and often told that the style of music he was doing will never take him anywhere but it is now 20 years and.

Like Navio, Stuart Kavuma, alias DJ Slick Stuart, has risen to become one of Uganda’s celebrated brands after 13 years of hanging on. From winning awards, the DJ, alongside his partner DJ Roja, are the first DJs to have annual DJ shows as well as music collaborations.

On the other hand, Deedan Muyira, a media personality mostly known for hosting some of Uganda’s biggest events such as Blankets and Wine, has also built a brand name after years of hustle.

The three alongside DJ Turkana, a Ugandan female DJ of South Sudanese descent, radio presenters Timothy Code and Jaluo as well as bar marketer Raymond Kalemera, aka Slay Farmer, will be headlining the new Walker’s campaign.

The campaign codenamed ‘To the ones who’, is a movement designed to celebrate creatives across Africa who in their different trades and walks exemplify Johnnie Walker’s long-standing “Keep Walking” mantra.

The campaign was launched last Friday with a symbolic walk from Capital Shoppers Nakawa to Thrones Lounge on Bandali Rise in Bugolobi.

It was during the launch that Navio was unveiled as the national walker for Uganda. He joins Grammy award winning artiste Burna Boy who was announced as the Macro Walker and the Pan African face of the campaign months ago.

The campaign will also recruit regional walkers who have, in their own right, reshaped and owned the creative spaces in other areas across the country

The Walkers National tour is expected to kick-off with a Kampala edition this Friday before heading upcountry.