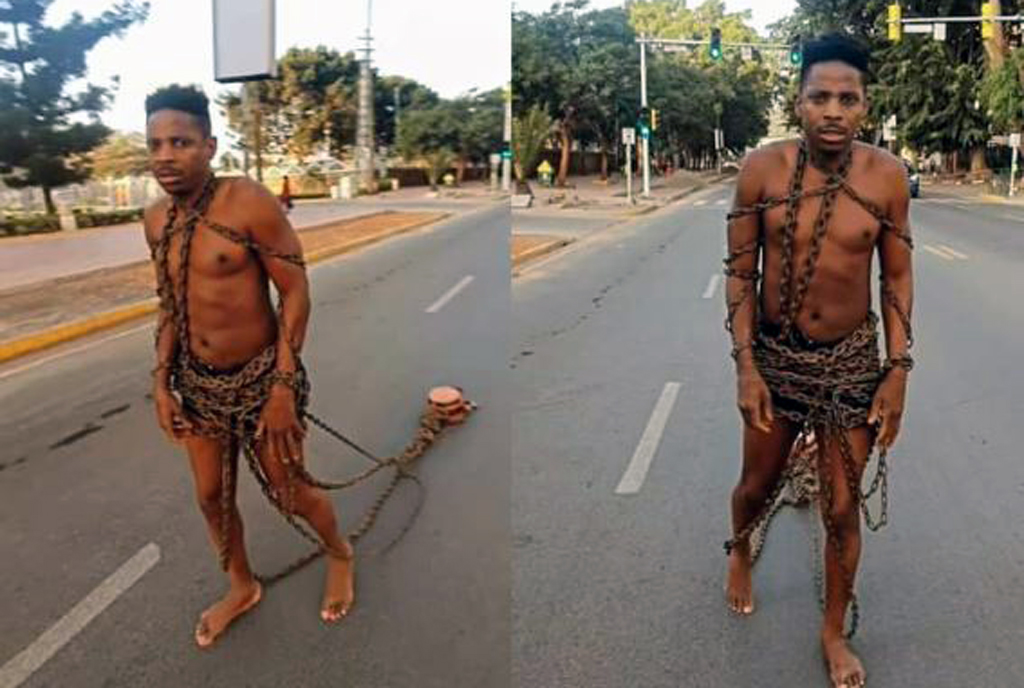 Eric Omondi has vowed to lead the youth in what he says is a revolution that will herald a positive change in the leadership of the country.

The comedian made the vow on his social media pages complete with a video showing him in chains.

“The young people of this nation have been in chains since independence. We have to break free. We have to change the narrative. We must take back the country by all means,” he wrote.

Nairobi News could not establish whether this was one of the many jokes by the comedian or he actually aims to push through the so-called revolution.

“Get ready to take back your country. If Raila or Ruto doesn’t reach out to me (us) and give is a clear and realistic plan for the young people. I promise you none of them will be in State House this August. Mark my words.

Raila Odinga and William Ruto are considered front runners to succeed President Uhuru Kenyatta ahead of the August 2022 polls.

“We have the power. We have the vote. We have the strength. We have been used, abused, and misused for generations by the political class and I say enough is enough. In six days I will pronounce the way forward for every young person.”

“There will be untainted leadership in this country. Underestimate this post at your own peril.”

The revolution threat comes barely a month after Omondi again chained himself at a glass box near Parliament in Nairobi as he pushed for a law to enforce the media in Kenya to play and air local content to a 75 per cent threshold.