There was a lockdown, but we never really closed 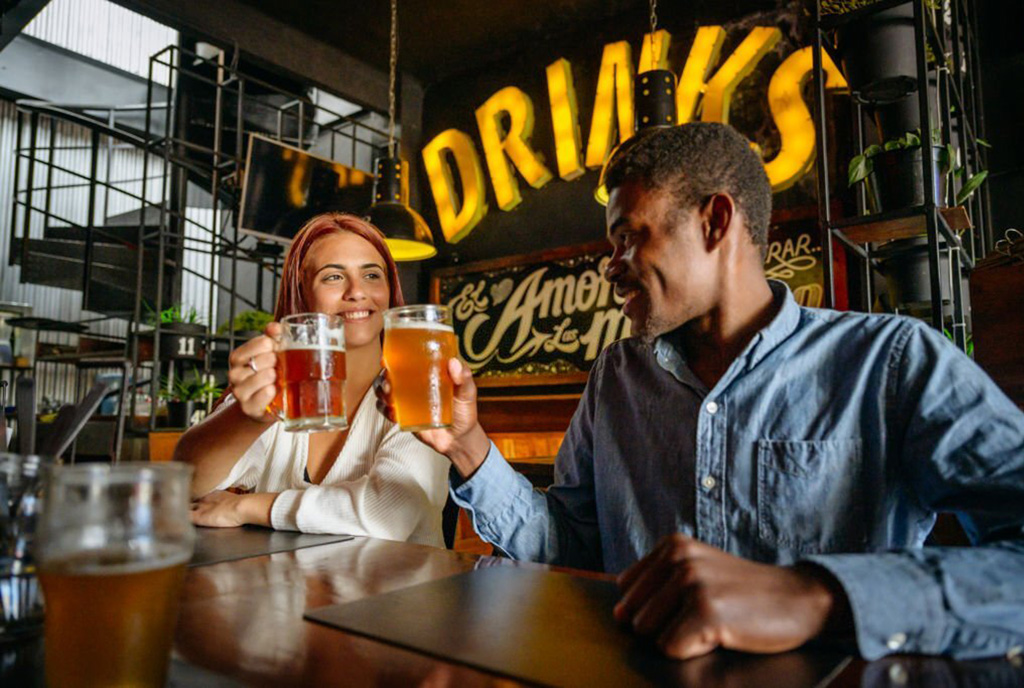 Party didn’t stop: Covid-19 affected many sectors such as agriculture, tourism, education and the night life, among other things. However, even when the belief is that bars and clubs were closed, many of these places stayed open, how they did it, Andrew Kaggwa finds out.

On March 17, 2020, President Yoweri Museveni made directives intended to curb the spread of Covid-19. These included suspension of gatherings such as religious gatherings, burials, weddings as well as recreational get-togethers such as concerts, cinemas or any other type of activities in places such as bars, casinos and lounges.

Much as the economy has been opening up in phases, the creative and night life had remained closed for nearly two years.

Truth, bars and the entertainment sector truly closed in March 2020 when the lockdown was first announced. However, when different sectors started opening up, the night business either forcibly or in disguise started finding its coping mechanisms as well.

“It is mostly the small bars that remained closed for two years, bigger bars have been open,” a boda boda rider who only identified himself as Herbert, said.

Herbert has always been a law-abiding citizen; he moves with a photocopy of his national identity card, a permit and most times while on the road, he will stop when the traffic lights signal drivers to.

At the beginning of the lockdown, he was one of the many boda boda riders who used to work for 12 hours; from 6am to 6pm.

Then, as different industries started reopening with the transportation sector reopening without boda bodas, he started thinking twice about the law he always cherished.

“I was broke and my friends were all making money,” he says, adding, “plus, there were army guys who freely operated as boda boda guys, transporting our customers and getting paid.”

Herbert’s first night kept him on his toes, he thought he would be arrested any time by the authorities.

“But after taking two people home, at about 9:30pm, I became confident,” he says.

According to Herbert, each boda boda rider was a brother’s keeper. For instance, if you knew a certain route had roadblocks, it was only responsible to alert a friend who was trying to use it.

Motorists too helped each other in the same way but that was only during the first lockdown, the subsequent lockdowns and restrictions usually came down heavily on pedestrians and those using public means.

So where was Herbert taking his passengers?

“To pork joints, bars, lodges and hotels,” he says.

Apparently some artistes organised concerts in plush places and lounges, yet still cried foul in public.

Herbert’s memorable trips were at the bars though. He says these were adventurous as well as eye-opening; “It was the time that made you realise that we are not equal. These bars were protected by men in uniform, the police, and some of their vans were parked at the venues,” Herbert claims.

He says, noting that he took people to bars in Kololo and Bugolobi. In such places, he says, it was as though Covid-19 had never happened.

“One time in Bugolobi, I found myself caught up in traffic at about 1am,” he says.

What is a lockdown?

And Herbert’s version of events is not different from what a bar manager in Bugolobi recalls.

The manager was blunt that her bar had no preparations to make as bars elsewhere were preparing to reopen because it was business as usual for them.

“I can’t say I am anticipating a big or low turn up when we actually never closed,” she says, adding that besides a few weeks of the first lockdown in March 2020, the bar remained open.

The manager who requested anonymity, noted that what was happening was only a change in the way they were operating. For instance, for the past two years, bars operated in disguise and now they are working legally.

According to the manager, many bars such as hers created a relationship with many or all their customers and because of this, one had to know places that were secretly operating before going to them and in the same way the employees at the venue needed to know the customer.

“We kept the gate closed at night so that a client had to knock and introduce themselves before we could open for them,” she says, adding that she was told of a client who came around in an ambulance.

A cab driver who works on Buziga road almost confirms the story. He says one day he was called by a client who wanted to be picked at 3am.

“I went to pick the girl on Entebbe Road. In the compound, there were about five funeral cars from different companies and the girl walked out in a skimpy dress,” he says, adding that it is then that he noticed the funeral cars were not coming to a vigil but ferrying partiers.

The driver says since vehicles such as ambulances and hearses were rarely stopped, people often abused them, especially those that were going for house parties.

“We made a lot of money during the second lockdown. Then, the President had allowed cars to move if they were transporting a sick person. People would call us and in case we got arrested, one had to find a way to play sick,” he says.

In bars that stayed open, revellers would park their cars and head to the bar that was usually working without the usual loud music. Elsewhere, an employee of a famous hangout joint says their bar is big enough, so they usually parked the cars behind the bar and used the back doors to access the VIP wing of the space.

“The rest of the bar remained empty with lights off to create an illusion for an outsider that nothing was happening,” says the employee.

However, it was not all good, there were days bars were raided by what she calls the army, “They arrested the policeman we had paid and most of our clients ended up hiding in ceilings, kitchen and toilets.”

During the two years of the lockdown, different people had differing experiences. For example, a reveller at one of the spots on Ggaba Road says the spot’s proprietor had an arrangement with most of the personnel manning the roads.

“The moment you told them where you were coming from, they would simply let you go,” he says.

Others like a hangout joint in Kyanja faced it rough when a security truck was parked at the entrance.

“I had just finished playing when I saw the bouncers running,” says one of the DJs who regularly played at the place.

He noticed that he too had to find a way around before he could get caught. However, the DJ, some of the revellers, the waiters and the managers were not so lucky.

“It was sad but also laughable at the same time because the manager denied owning the bar,” he says.

The manager in Bugolobi notes that they sorted their security issues by turning to people in security uniform for protection.

Yet, even when this kept happening, people somehow kept coming back to bars. What kept them going back?

“It’s something that we all have as human beings, we don’t want to be controlled and sometimes you have to prove to your peers that you are uncontrollable, so you moved out to prove a point that we could still enjoy our beer,” says one of the revellers.

He notes that he went out often during the lockdowns. On four of these occassions, he was almost arrested but somehow survived.

“Some nights were cut short by police, but it was always  a good story to tell how we managed to get out without being arrested and more people tried to see whether police would not arrest them if found in bars and many left free,” he says.

One of the times, they almost got arrested when a number of men in uniform walked into the bar. However, to their surprise, the men only asked the manager to ensure the number of people present reduced.

Others have noted that they kept going back to bars for the thrill.

“It felt like breaking the law in school, you knew you were wrong but that was the point, being wrong. It was fun taking beer while looking over your shoulder,” says one while acknowledging that it was expensive as well.

“Some bars made us pay for the security, yet that security still arrested us only a short distance from the same bars, so you ended up paying for your security twice,” he adds.

Lockdown was a cash cow

Herbert says much as the lockdown was a hard time to work, there was also money to be made. For instance, since both people and the boda bodas were breaking rules, the boda bodas usually had the opportunity to charge what they felt like.

“I remember taking a girl from Mpererwe to Nakawa. On an ordinary day, I would have charged her Shs8,000, but because it was lockdown, I told her I needed Shs40,000 and she did not bargain,” he says.

For those using cabs, it was a very expensive affair. Apparently a trip between Buziga and Kansanga was Shs50,000.

“Most of the time you knew you were risking and if you were unlucky and you found policemen on the road, chances were you were going to spend more than you have made the entire day,” says the driver.

However, even with all the lockdown experience, he says he learnt that Ugandans love to party. For instance, he had not imagined one would enter a hearse for the sake of a party or part with money worth more than the booze they intended to consume.

“And all the people I drove at night were going for a party or to see a boyfriend,” he says.