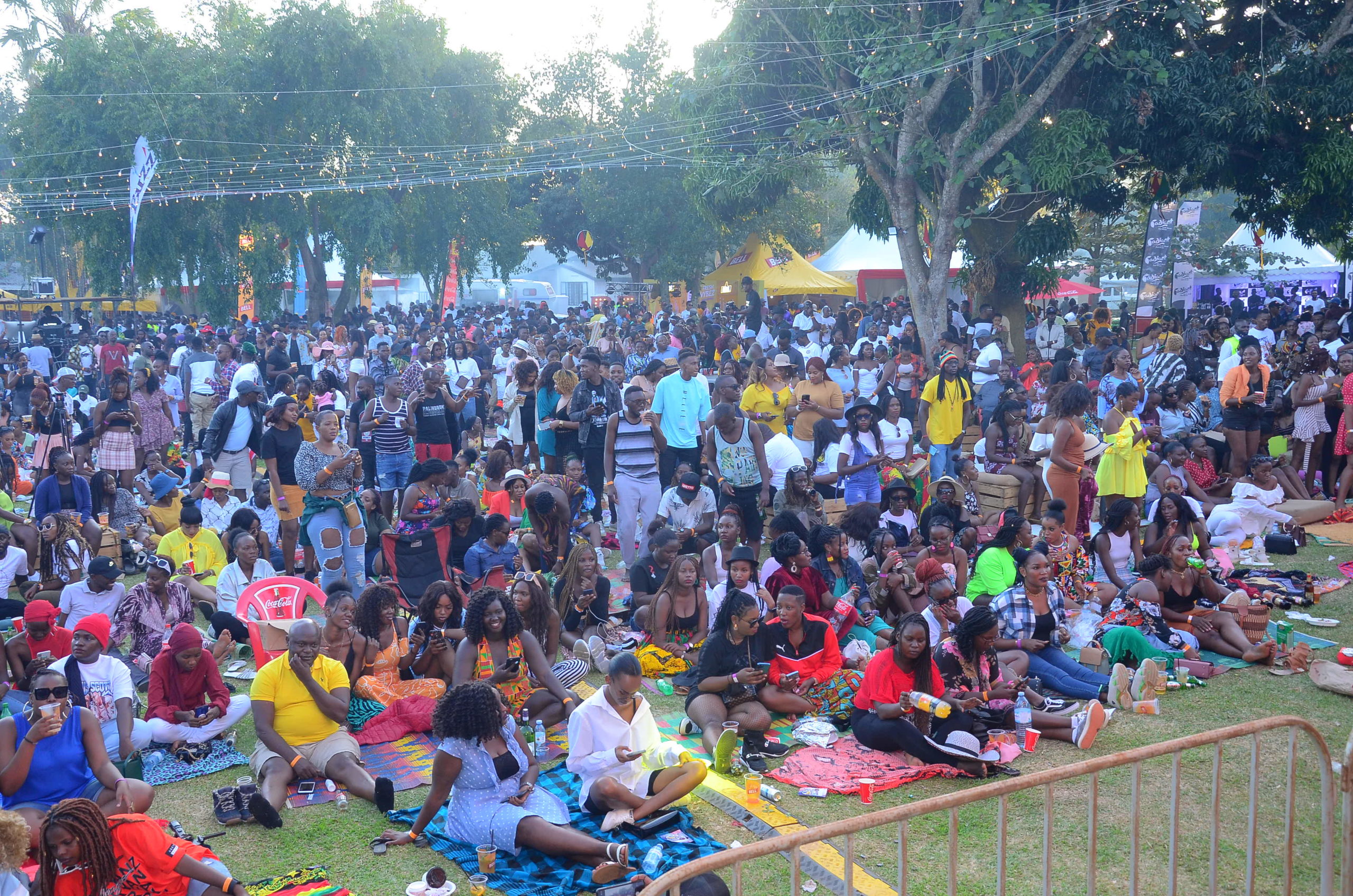 As early as midday, revellers had already started walking into Jahazi Pier with their mats, lesus, grills, and meats ready to Roast and Rhyme the day way. Roast and Rhyme a picnic kind of event organised by Swangz Avenue returned yesterday Sunday, February 28, 2022 after a two-year break due to the covid 19 pandemic that saw the closure of the public gatherings.

The event that facilitates both adults and children had a play area with bouncing castles and other toys gazetted for children to have a good time.

As the crowd waited on performances, Roots Worriers band and Tshaka Mayanja kept the entertainment flowing as they covered Reggae songs from different artistes around the world. At exactly 4 pm Elijah Kitaka hit the stage and with his fascinating voice, he set the mood for the rest of the evening.

After his performance as revellers waited on the next performer to hit the stage, Kenneth Mugabi made a surprise appearance and did ‘Naki’ with the band. The performance left many yearning for more but yesterday wasn’t his moment.

At around 7:30 pm, accompanied by the band, Mudra hit the stage. ‘Muyayu’, ‘Gwe Amanyi’, and ‘Kokonyo’ are some of the songs that he performed before he did ‘Kimuli Kyange’ the remix that ushered in Vinka. 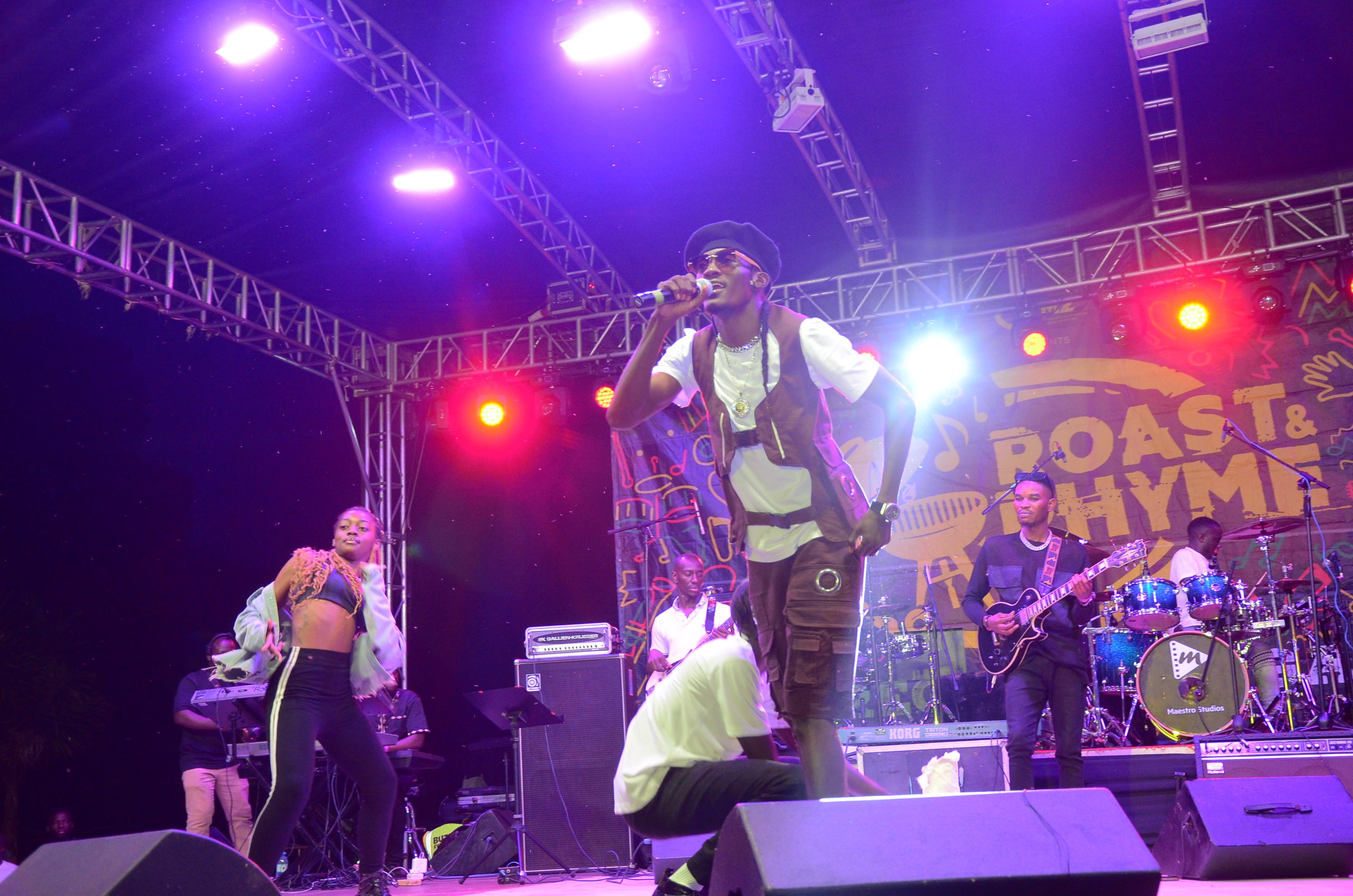 Vinka’s session was exceptional and by this time everyone was on their feet singing along to her jams. From ‘Chips and Ketch Up’ to ‘Thank God’ she took the crowd through her music journey song after song.

In the middle of her session, she invited Winnie Nwagi exciting the crowd even more. The two did ‘Amaaso’ and Winnie left the stage. Vinka who concluded her performance with her latest hit ‘Thank God’ hinted at organising a concert of her own after receiving so much love from the audience. 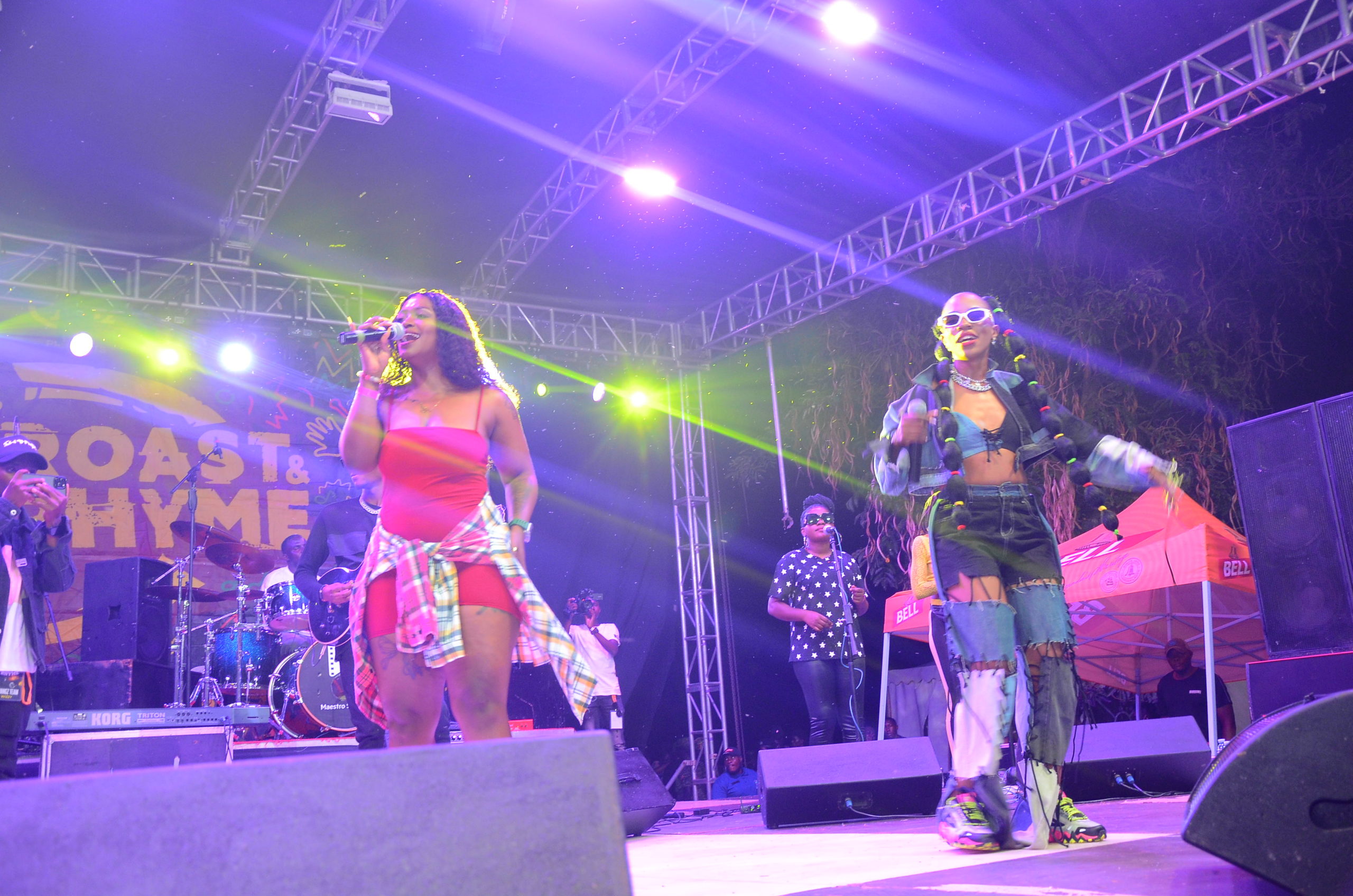 The night was ended on a high note with the last act of the night Ziza Bafana. Clad in a green outfit and a red barrette, he did songs like ‘Joker’, ‘Katonda Wa Ragga’, ‘Gyayo Ntekeyo’, ‘Embuzi’, ‘Mavunya’, and ‘Muleke Agende’. 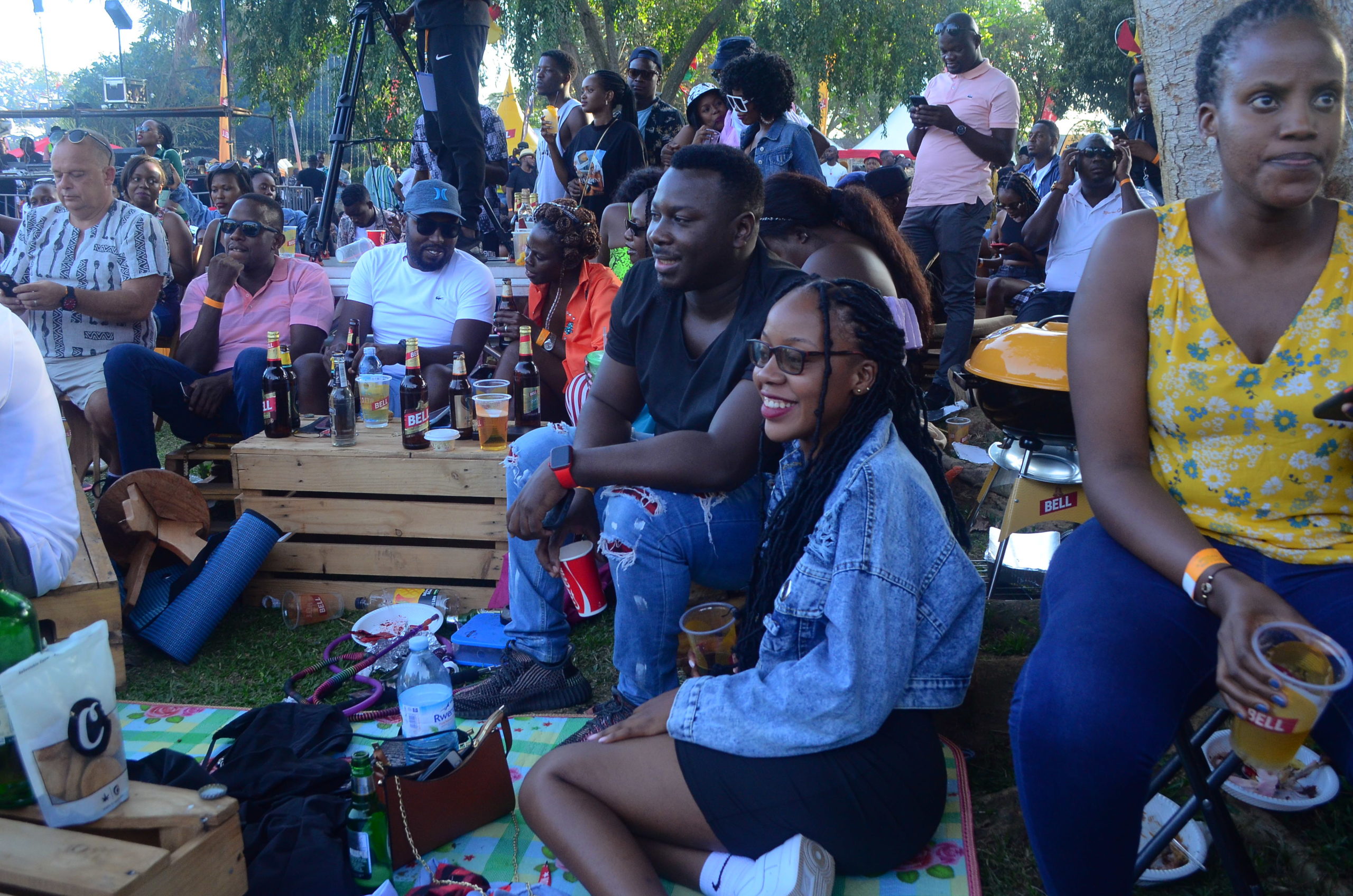 Comedian Madrat then came on stage so did Vampino who did Smart Wire and later Chameleone who did ‘Vumila’ before they called it a night. 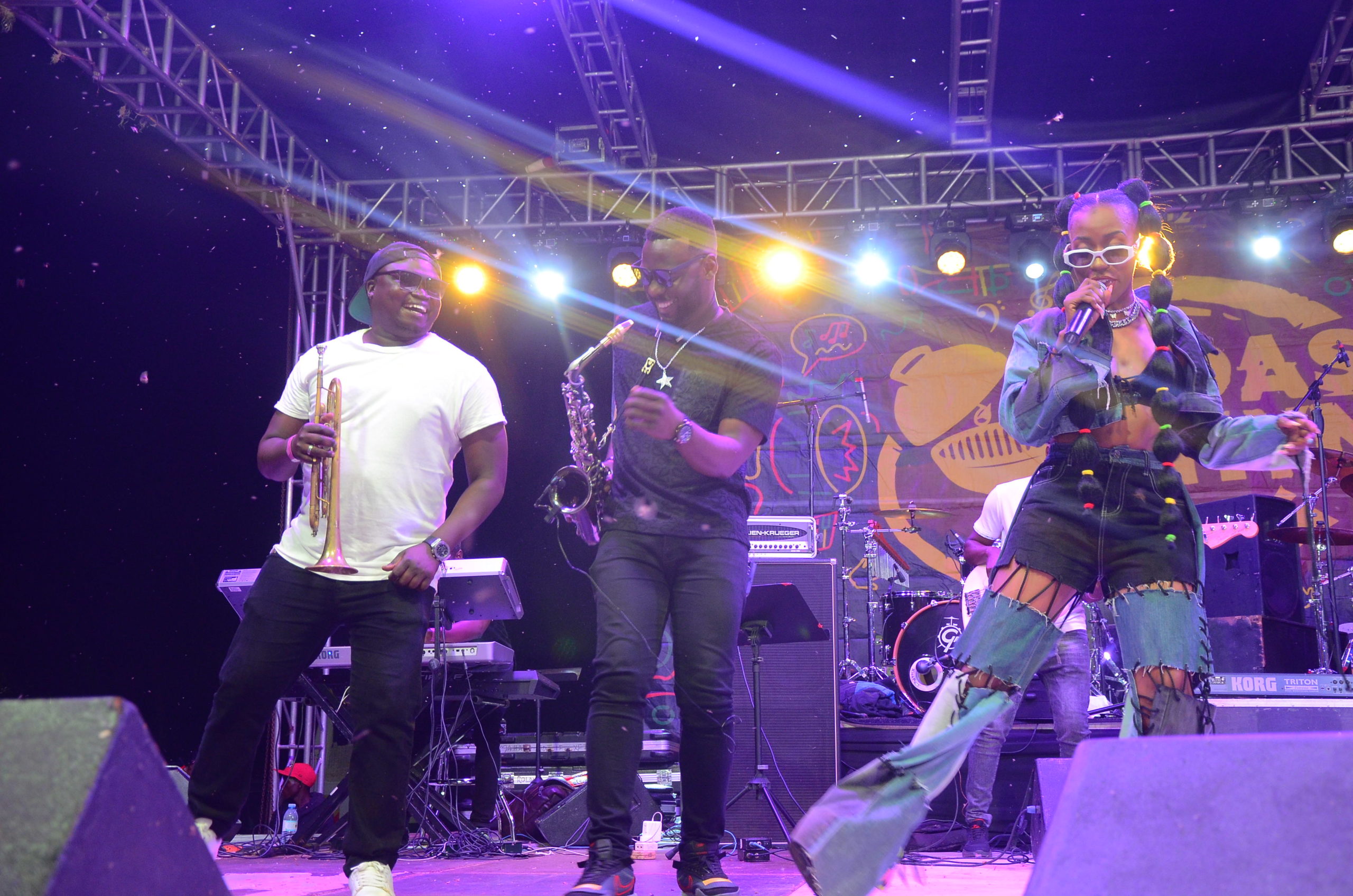 There was an after-party organised by Jonnie Walker that went down till the wee hours of the night. The MC of the night Roger Mugisha hinted that the next edition would be a destination edition but didn’t mention which town it will go to. 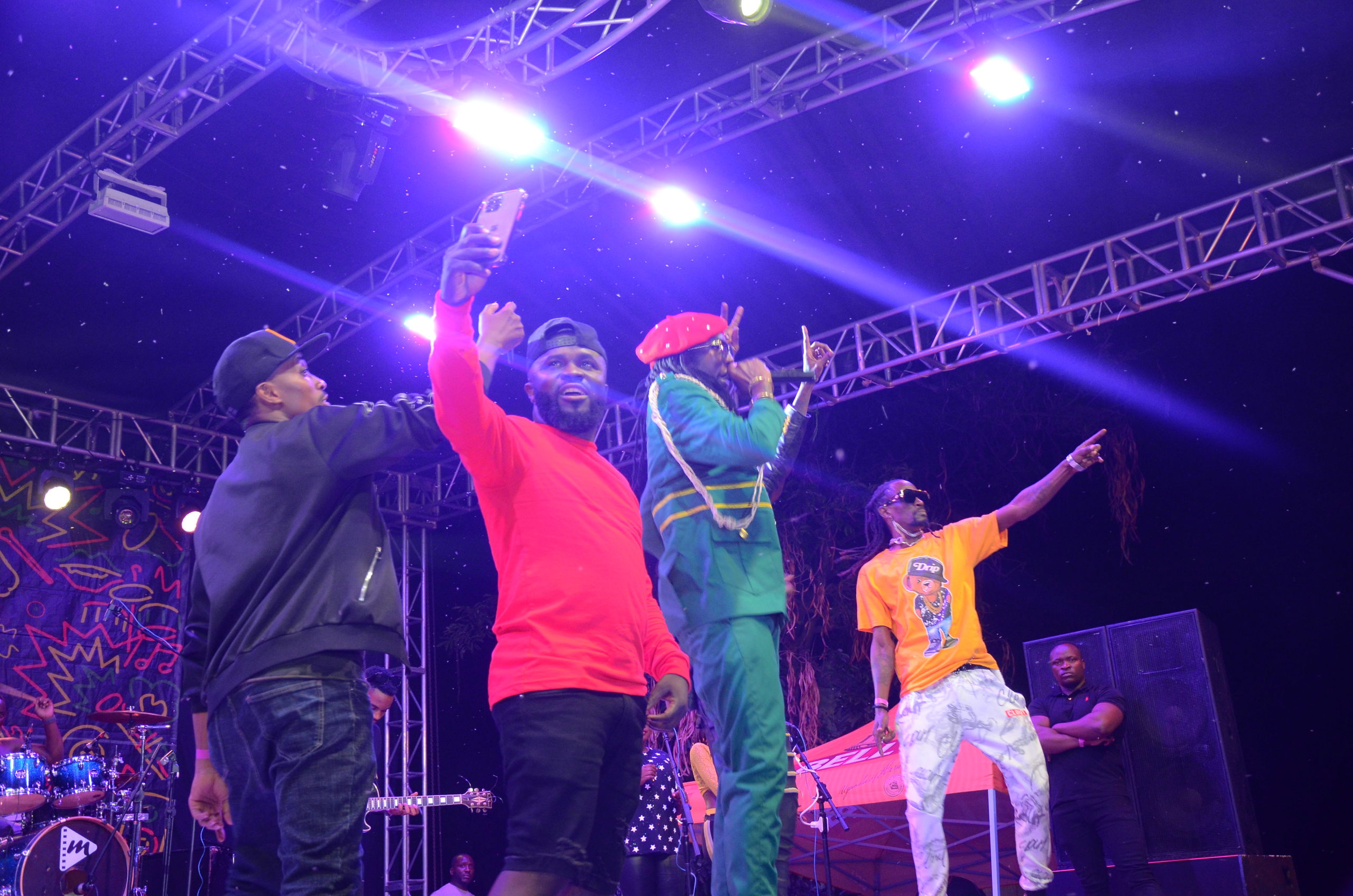