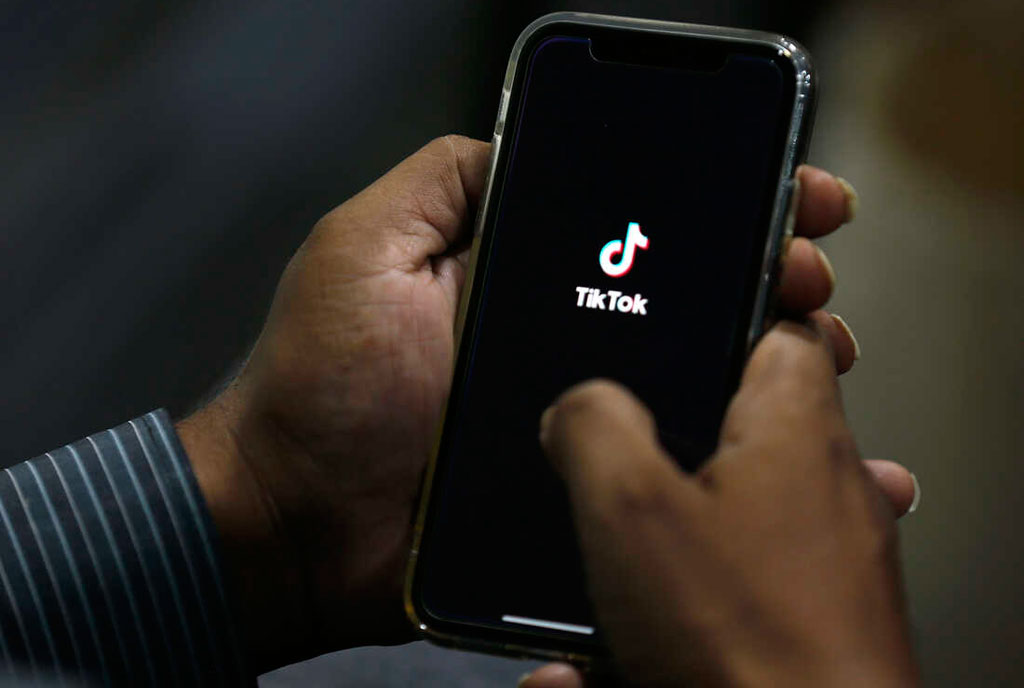 A man launches the TikTok application on a mobile phone. PHOTO/COURTESY

With a billion users, TikTok has rapidly become one of the most important players in the music industry, and now has its sights set on revolutionising the way artists are discovered and get paid.

Success stories such as Lil Nas X — whose “Old Town Road” became effectively the biggest-selling US single of all time after going viral on TikTok — have demonstrated the power of the short-form video app.

Major labels, which initially freaked out over TikTokers using their music without a licence, quickly realised they needed to get on board.

He was brought in from Warner Music in December 2019 to thrash out deals with the labels.

“Obviously we had to pay out substantial amounts of money. The good news is we’re totally licenced now and we’re talking to them every day about new things that haven’t been done before.”

Meanwhile, TikTok has continued to create viral sensations that are reshaping the musical landscape.

Sometimes, it’s old songs given a new lease of life, such as recent crazes for Fleetwood Mac’s “Dreams” or Boney M’s “Rasputin”.

But often it’s new or independent artists, who no longer need the backing of record labels to find a massive audience.

“It’s hard to overstate how much this is changing everything,” said Tom Rosenthal, a London-based musician whose songs have been used on 1.6 million TikTok videos.

“Major labels are kinda crapping their pants because the traditional systems of marketing no longer apply. (TikTok) is a great leveller. You can do it on your own,” he said.

Some artists are becoming huge without even knowing about the app.

That was the case with Nigerian popstar CKay. His 2019 single “Love Nwantiti” was a decent-sized hit in his home country, but then TikTok users got hold of it, and by November 2021 it had surpassed 15 billion streams and topped charts from Asia to Europe to North America.

The major labels say they are not concerned.

“TikTok has become an impressive motor for discovering music… and some independent artists use it very well,” Jean Charles Mariani, head of strategy in Paris for Universal Music, told AFP.

“But labels remain indispensable for the majority, because we have a deep expertise in the uses of this platform.”

TikTok is already thinking about next steps.

Obermann hints this could see TikTok become more like a record label.

“We think we’re on to something,” he said, highlighting recent viral hits by unsigned acts Muni Lang and Games We Play.

“It’s early days in deciding exactly how we work with these artists on building their careers. But we see we can play a much bigger role in the artist discovery process in a very hands-on way.”

Obermann also hopes to revolutionise the way that songs are used for adverts — a part of the business that is currently worth around $500 million globally per year but could be worth much more.

“Traditionally, it meant something like a big car brand licencing Celine Dion’s ‘I Drove All Night’ for their TV ads,” he said.

“But we have about one million small and medium businesses who want to make TikTok ads using music. And it’s an absolute nightmare because our licences don’t include commercial usage.”

Currently, each commercial use requires TikTok to get special permission from the label and all the songwriters, which can take months.

“It’s extremely inefficient. If we can redesign the way that works, (the global licencing business) would go from $500 million to several billion within a few years. There’s that much pent-up demand. We’re really working on that.”

Other ideas include live-streaming concerts and direct sales, with some artists already flogging vinyls and merch through the platform.

But will TikTok disappear as quickly as it arrived? The ghost of MySpace, a previous revolutionary force in music, haunts its successors.

“That’s something we think about every day when we wake up,” said Obermann.

“We’re confident TikTok has tipped into the cultural zeitgeist to a tremendous extent at this point. But it’s always day one and you have to keep reinventing yourself to stay relevant.”- By AFP