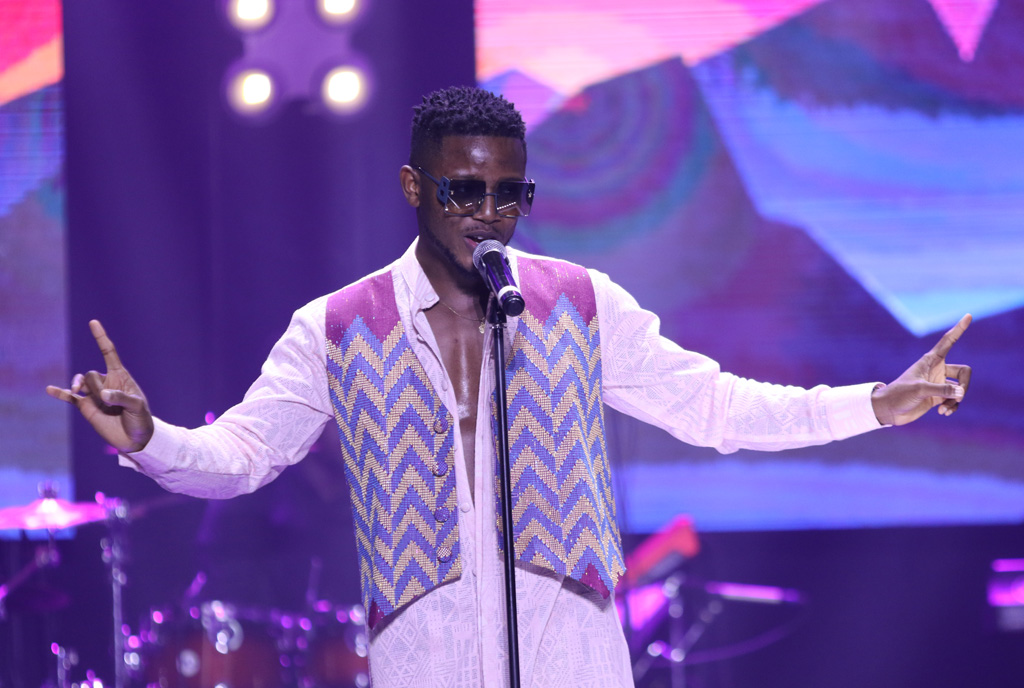 More than a cover: When Nigerian artiste Chike covered Radio and Weasel’s Breath Away, the public refused to support Weasel when he complained. However, after all is said and done, did Chike need permission to cover the duo’s song? Now that he already did it, was he in the wrong? Andrew Kaggwa writes.

Last week, for the first time in two years, Ugandans experienced what total normalcy might have felt like before the lockdown.

It was the Valentine’s Day weekend and as old times, the city was a beehive of activities.

From a sold out Kenneth Mugabi concert to two shows by visiting Nigerian artistes Ruger and Chike, it was clear Ugandans missed being outside.

Well, Ruger had a lot to say with his Dior and Bounce songs and so did the authorities that had his concert cancelled only for it to be rescheduled to the next day. But it was Chike that received more love than he may have anticipated.

With songs such as Running to You, Roju, Loco and If You No Love among others, he had what it took the public buzzing all by himself.

Yet this was never the case.

During the show that was held at the Victoria auditorium, Kampala Serena Hotel, the artiste opened with Radio and Weasel’s Breath Away. He said he was paying tribute to an African artiste he considers a hero, a good gesture that  only had a problem – Weasel – one of the owners of the song as a songwriter and a moral rights owner, wasn’t in the know.

Soon, Weasel, real name Douglas Mayanja, was on social media calling out show organisers: “Ugandan event’s organisers, why do you invite international artistes to come and perform our own songs without consulting us?”

Of course his comments got divided opinions. Some people thought Weasel needed to be grateful that an international artiste performed his song while others believe the artiste had a point both as a songwriter and a copyright owner.

“You have to be proud of yourself, I don’t think if this guy crooned Jose’s song, he would attack him. Instead he would be humbled and proud to be recognised by an outsider,” noted one of the people on Radio and Weasel’s post.

In his defence, Weasel noted that he is not trying to stop anyone from performing their songs but believes that out of respect, the artiste should have done what other people such as WizKid and P-Square’s Rudeboy did when they wanted to pay tribute to Radio. 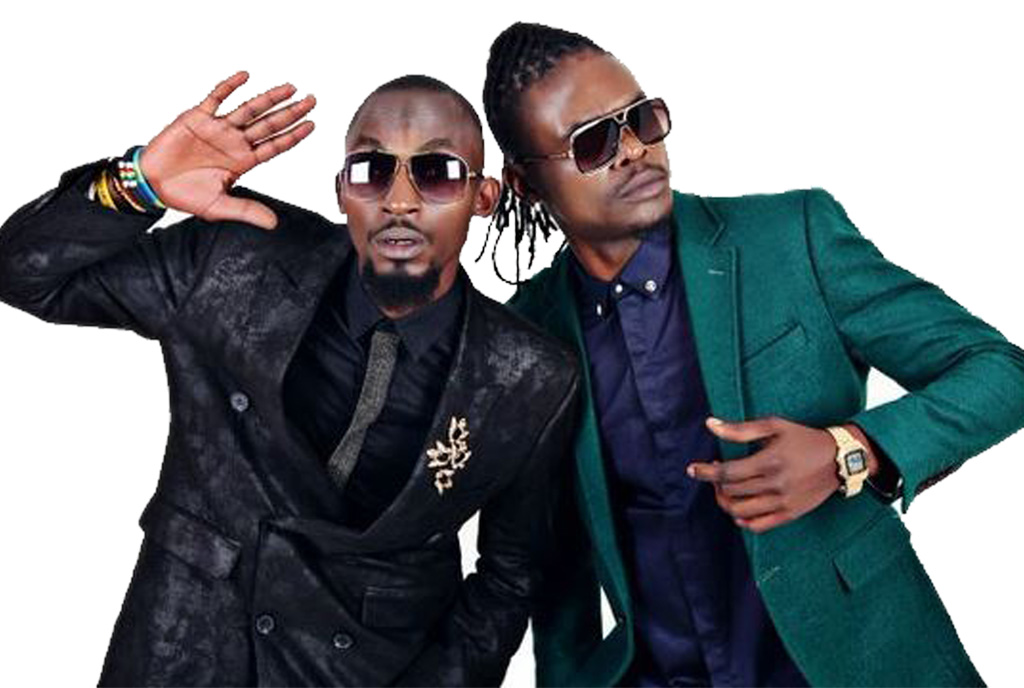 Since Chike performed in Kampala, the issue of Weasel’s post has dominated social media. The biggest question is if Weasel was right or wrong.

Did Chike need permission from Weasel and did the fact that he did not seek permission, matter?

Different people have shared opinions on the matter, some are looking at the fact that Ugandans have since time immemorial covered and made money off other people’s creativity, Radio and Weasel inclusive, why now?

During their weekly talkshow on Dembe FM, Jenkins Mukasa of Talk and Talk questioned whether Weasel actually owns or received permission to use the Jamaican phrases he drops on the different Radio and Weasel songs he has released.

“When Weasel sings something such as ‘Bomb scare’ has he gotten the rights to such a Jamaican lyric? If you violate copyright, you cannot arrest other violators,” said Jenkins Mukasa, a panellist on the show.

So did it really matter?

Considering the fact that Radio as an artiste recorded and released many solo singles such as Neera, Nekeesa and Tambula Nange, Chike chose to perform a song he recorded as Radio and Weasel, whose other owner was still living.

Almost every year, different award shows pay tribute to fallen stars. For instance in 2009, both the BET Awards and MTV Video Music Awards made a splash while celebrating Michael Jackson and later in 2012, after her death on February 11, Whitney Houston was celebrated by the Grammy and BET awards. In both cases, families and friends of the fallen artistes took centre stage. Michael Jackson’s memorial was even produced by his brother Randy Jackson.

Thus, as a sign of respect for the surviving member of the duo Radio and Weasel, many believe the Nigerian artiste should have talked to Weasel before going ahead to open his concert with a tribute to Radio.

“Plus, he opened with the song, we can’t be sure whether he was paying a tribute or trying to fit in with a Ugandan audience he was facing for the first time,” noted one of the people on social media.

Yet, Nathan Magoola, the producer of the TV show Prestige, notes that Weasel’s need for permission before the tribue was misguided.

There were other voices that argued that Chike only performed Radio and not Weasel’s verses and thus, it was supposed to be okay, though this has been dismissed by others who argue that a song is not owned in parts.

“If things worked like that the artistes wouldn’t be getting paid for callback tunes since it is only a portion of the song that plays,” says Antony Mwandha, the CEO of Uganda Performing Rights Society (UPRS). 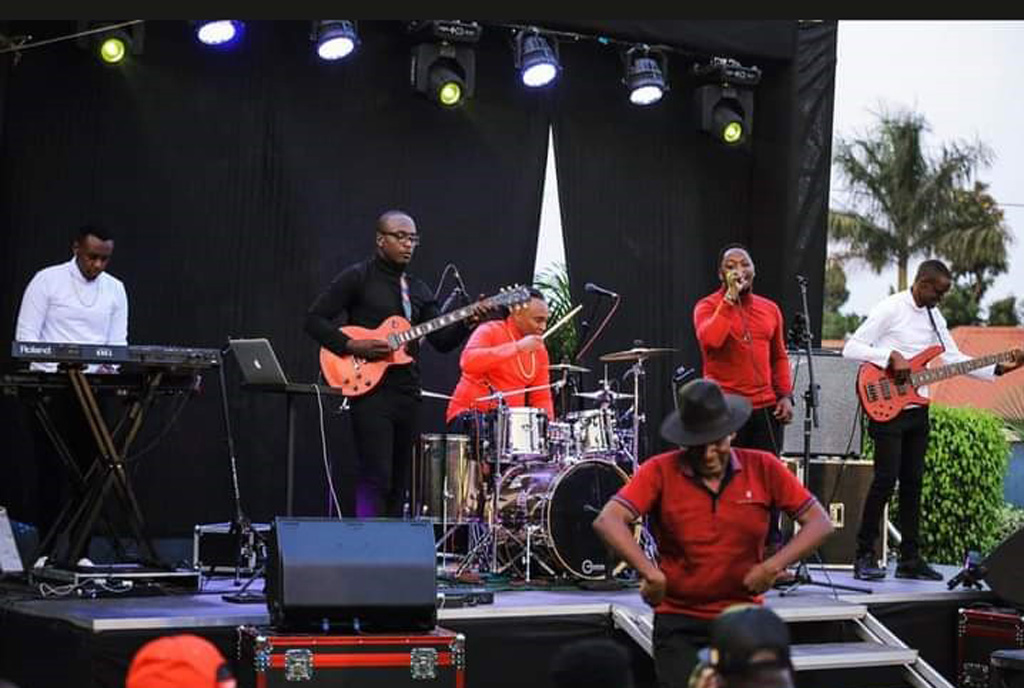 Bands such as Abeeka Band have for long performed cover songs. PHOTO /COURTESY

Uganda’s law on copyright is embodied in the Copyright and Neighbouring Rights Act 2006. The act is intended to protect literary, scientific and creative works.

According to the act, copyright infringement is the intentional or unintentional use of copyrighted work without permission from the owner.

Infringement, according to the act, happens in many ways, but in the case of the Chike concert, his accusers can argue that it happened when a contracted performer imitated a copyrighted piece of work.

However, the same act also has exceptions such as fair use. This exception considers the purpose for using the work, nature of the work and the amount used. Fair use is what protects journalists most of the time while doing criticism and reviews of other creatives’ works.

For instance, in a music video or film review, a reviewer can use snippets of the video for context of their criticism.

Was Chike’s use of Radio and Weasel’s Breath Away protected under fair use, considering the fact that it served a purpose of paying tribute to the fallen artiste?

According to Mwandha, fair use only covers copyrighted content used for educational purposes.

“Fair use is expressly used when there is no return, like you are in the class teaching and you use Radio’s song to show the duality in his voice,” he says.

Concerts are done all wrong

Most people online raised the fact that Ugandan bands such as Janzi, Abeeka, Aka Dope, Code9, Fruits of Talent, Ivuga and other different bands that mainly do cover songs have never been summoned. Even when many of them have in the past covered Radio and Weasel’s songs.

Mwandha says what all these bands are doing is illegal, since they cover songs without getting permission from the owners of the songs. But that is not the only thing Ugandans get wrong.

He further notes that in the case of Chike and most concerts that take place in Uganda, they are always done in the wrong way.

He adds that an artiste has to provide the list of songs they intend to perform. This is done to ensure that the people that worked on these specific songs benefit from this concert. These are people such as songwriters and composers.

“For example when Eddy Kenzo has a concert, the society has to be notified to ensure that people involved also earn from that concert,” he says.

The way most Ugandans operate at the moment, concerts and shows do not benefit studio artistes and songwriters.

According to Mwandha, it is theft for someone to show up in Uganda, put up a concert, perform other people’s songs and promoters pocket all the money and leave.

Just like it is theft for a local artiste to pocket all monies from a local concert without some of it going to the people that made the song happen.

But in the case of Chike, he insists there is a moral right that no one can take away and the economic rights of the people that invested in the song.

“The song is a private property and you need permission,” he says.