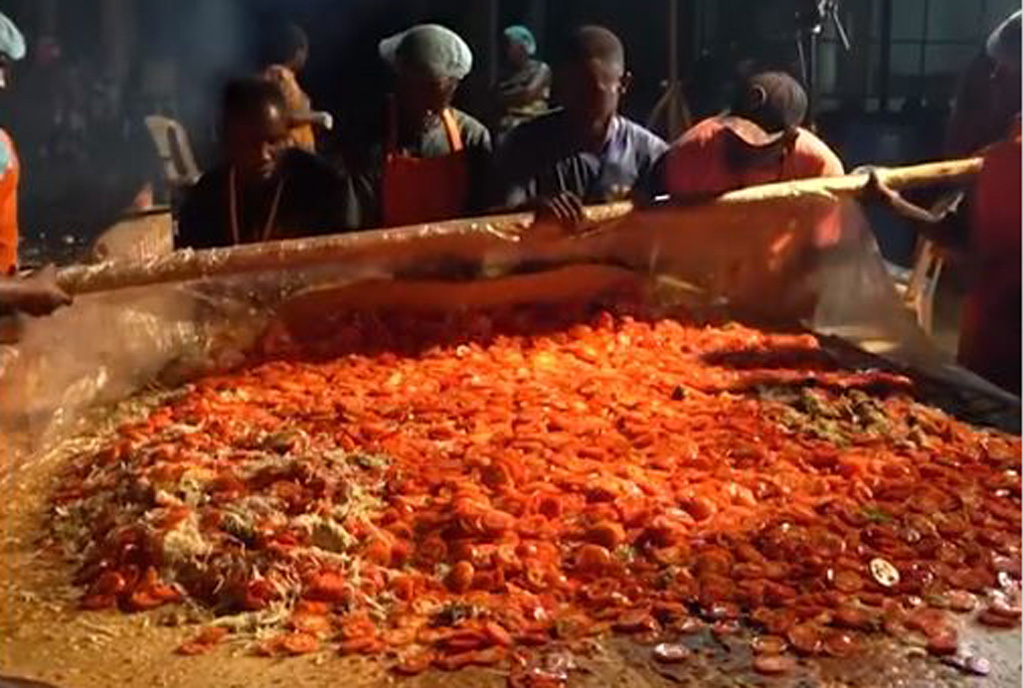 Uganda is now in the Guinness world records after Raymond Kahuma, a resident of Kasokoso, Wakiso district, and his team made the world’s largest Rolex. The rolex weighing up to 204.6kg has set a new Guinness World Record for the “largest Ugandan rolex.” Announcing the fact, the Guinness World Records shared a 3-minute video recipe of the “popular street food that contains fried eggs and vegetables inside a chapati.”

In the video, rolex-chapati egg roll is collectively done by more than 15 Ugandans, including some women- from a seemingly remote location.  “Wow it’s really epic but the hygiene is lacing. People where stepping on the flampen with their boots as they moved from the ground,” Ugandan Shafiq O’Mis observes on Twitter before Mariano Lokoru responds: “That’s what makes a Rolex delicious.”

Going by the Guinness World Record-released video, the process leading to making the giant rolex starts during day time and extends into the night.

Commenting on processes leading to making Uganda’s largest known rolex, Twitter user Bersen Dennio said “It looks like a construction site. Anyways, they have to make sure they get rid of that press-up merchant.”

But for East African media personality Joy Doreen Biira, “nothing beats the Ugandan rolex, albeit, in manageable sizes.”

In Uganda, the rolex that goes for as low as Shs1, 000- is largely consumed in urban areas as a fast food and was very recently excessively promoted by authorities as a global tourist attraction.

Locally advanced stereotypes associate the activity of chapati (rolex) frying with the Basoga, an ethnic group in Eastern Uganda.

A popular street food in Uganda, this giant Rolex contains fried egg and veggies inside a chapati ? pic.twitter.com/5Yvjm6vQ26