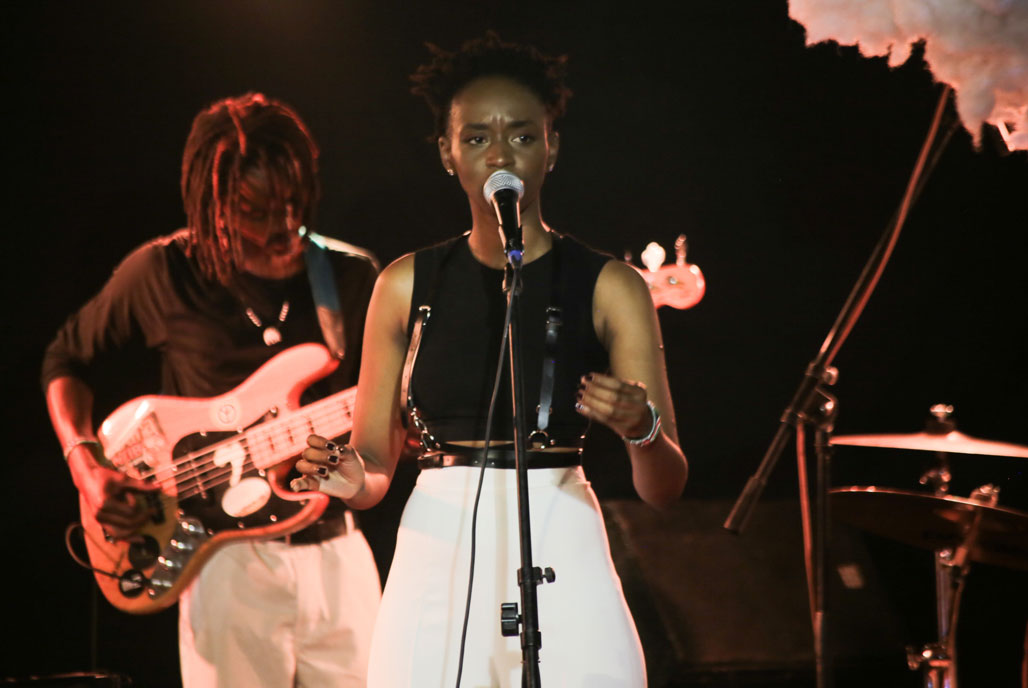 Njoki Karu: The Kenyan artiste is one of those amazing artistes who often sneak into the country to perform for a small group of Ugandans with a different taste in music. PHOTO/ANDREW KAGGWA

Njoki Karu. This name may not ring a bell for many. And we do not blame you for that because after all, even most people who attended her show at Alliance Francaise Kampala on Saturday did not know either.

It was the show that was opening up both the music and the larger creative economy that have been under lockdown since March 2020.
Then,everyone thought the directives by the President to suspend gatherings as a way of curbing the viral Covid-19, were going to be here for about three months.

Then months became a year and before we realised, we were into another year and another lockdown.

Back to Karu. She is one of those amazing artistes who often sneak into the country to perform for a small group of Ugandans with a different taste in music.

Thus, even when it is right, it will sound weird when you tell someone expecting Wizkid or Ruger that Uganda already had an international performer after the sector was reopened. And Njoki indeed deserves her international artiste label. For instance, like any professional, she travels with her band, a team of professionals such as producers, stage managers but above all, her profile is one a local artiste (a mainstream one) would envy.

Karu is an acclaimed singer and songwriter who has ventured into the Kenyan music industry with what she calls music therapy. In fact, she studied music therapy and has often been quoted saying her music presents her mental state. She defines music therapy as the use of music to meet non-musical goals.

“In normal therapy, you talk to a psychologist who helps you figure out your life situation(s). Music therapy goes beyond mental health issues. It is used to help children with autism or other special needs, drug abuse recovery, and physiotherapy. I prefer to use music to help people living with mental illness.”

Karu has gained acclaim over writing songs such as Omba, Holes, and redefining older Kenyan songs such as Binadamu, as well as Bwana U Sehemu.

No stranger
For film lovers, however, Karu is the artiste they learnt about when her music featured in controversial Kenyan film Rafiki. The film was banned in Kenya, for its LGBTQi+ storyline, only for the ban to be lifted to allow it screen for a week so as to qualify for an Oscar Awards submission. Rafiki sold out.

But her music has also been featured in other films such as This Is Life and Country Queen.

Her performance on Saturday night was the first time her band was performing in Uganda, yet, this wasn’t something that was going to bother them, considering her lead guitarist and husband is Ugandan.

As said earlier, Karu is a talent that may not be understood by many, considering the fact that her music is one you will not find on our FM stations but she is also an artiste you do not need to know prior, to enjoy.

Drawing us in
In fact, only a handful of people knew her songs or even the lyrics, yet she drew everyone in with her presence, craft, vocal range and of course as a therapist, vulnerability.

From songs about her siblings, to others about love, she drew her audience in, she asked them to sing along, clap with her or wave as she took them on a journey.

But the show wasn’t just a triumph because of what she was doing on stage – it was a full package she and the team had fully thought out – the setting that put her band in the clouds to a large balloon she often used as a screen brought a lot to the performance overall. Then the band that was in sync all the time.

She also did some covers, especially for those Ugandans that were hearing Karu for the first time, songs such as Three Little Birds by Bob Marley and Coldplay’s Fix You. 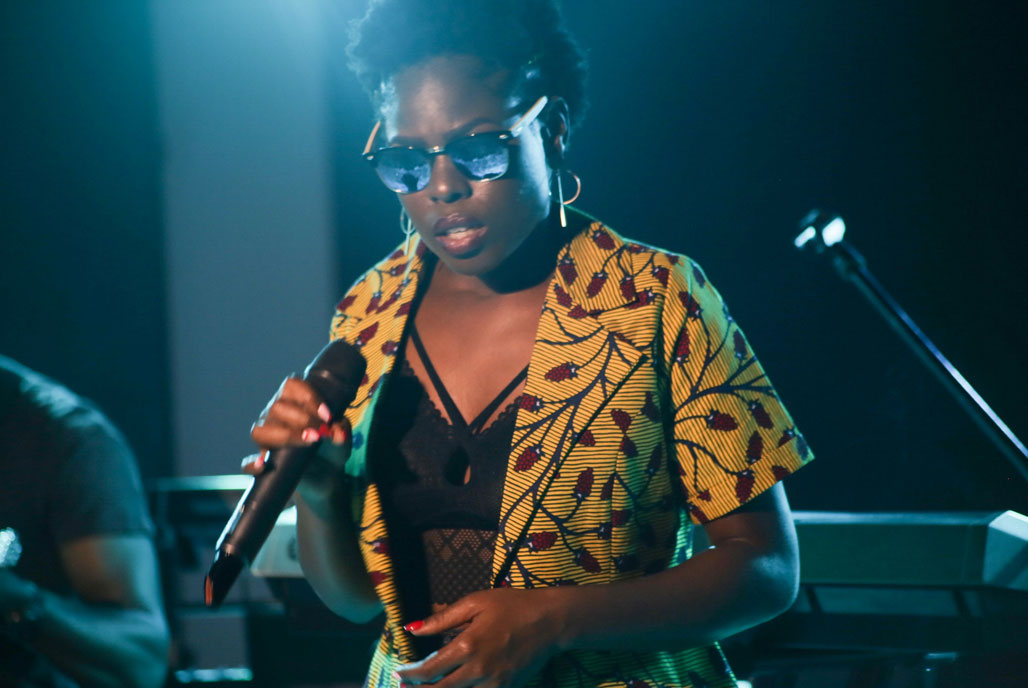 Afrie was one of the artistes that performed. PHOTO/ANDREW KAGGWA

Before Karu though, Ugandan vocalist and producer Ann Nasanga alias Afrie had a good time on stage taking the audience through songs such as Fembi, Yori Yori, Let herKnow and Mulala.