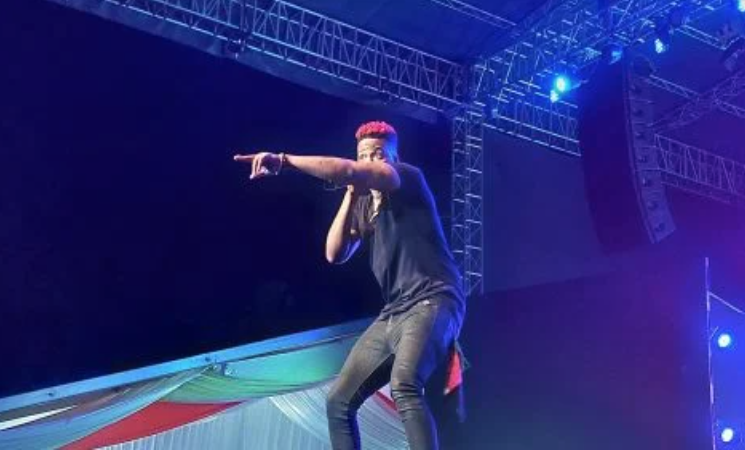 After a successful end of year party at which he entertained his fans in Nairobi, the singer bid his fans farewell as he headed back home.

But he had one final treat for them as he revealed the Kenyan name he’d adopted for himself.

“Nuff love Kenya, it’s been real, our bond is stronger than ever. See you in 2/3 years Konshens Otieno. #DANCEHALL.

A section of Kenyans on Twitter (KOT) were thrilled by his choice of name while others offered names from other ethnic groups which they felt better suited him and this is what they had to say.

His adoption of a Kenyan name has since brought a long debate among netizens, most of whom feel it was time for him to have one.

?Nuff love Kenya,Its been real, our bond is stronger than ever. See you in 2/3years??. Konshens Otieno. ?? #DANCEHALL?? pic.twitter.com/OkKWKttY0l

Konshens has in past interviews confessed to having a huge fan base in Kenya for his music and that is where his love for the country and its people was born.

Last year in November expressed their disappointment when he tweeted he may not be able to perform in Kenya as negotiations between event planners and his management appeared not to be going well.

In this article:Celebrities, entertainment, featuredpost