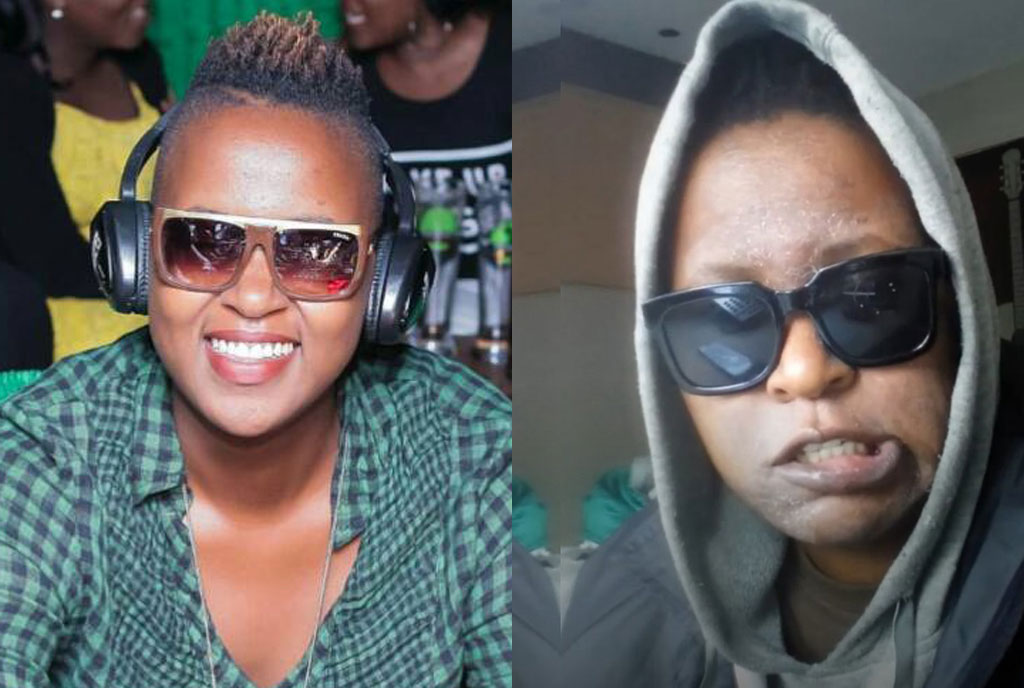 With her breakthrough single “How We Do It” a song she recorded with Radio & Weasel in 2011, Ugandan rapper Joycelyn Tracey Keko slowly rose to fame. She landed several endorsements in addition to winning Female Artist of the Year at the 2016 UG Hip Hop Awards among other nods.

Her career was going on the right track that she was even signed by Sony Music. Keko was among the first African musicians to be signed by the label. She signed a deal with the international music label in 2012.

So one would wonder what went wrong after she hosted a live Instagram video on Monday night that left many Ugandans concerned.

She was popular for breaking through the male-dominated Ugandan hip-hop industry.

In early 2015, she featured with Ghana’s R2Bees for her song dubbed ‘Facelift’ that didn’t do so well and that was the last we heard of her musically.  After disappointing sales of her first album, Sony Music Entertainment Africa decided to review the contract with rapper Keko to cut its losses.

Two years later, Keko, who was Uganda’s first female writer in her right re-surfaced only to declare that she was gay and had been granted a home in Toronto, Canada.

“My gay a** is free yes free and there will be a wedding you best believe. Thank you, Canada, for giving me a new home…,” she tweeted.

Since then not much has been heard or said about Keko although she featured on Flex D’Paper’s 2021 album ‘Kampala Boy’ until Monday night when the rapper appeared in the live video smoking a cigarette while sipping alcohol.

In the live video she looked intoxicated, with broken hair, and a pale scaly skin. Despite many warnings from her fans alerting her on the issue, the rapper who looked to be very lonely, depressed, and not aware of what is happening around was not bothering at all as she cleans her nose with her hands, smacks her lips, flashes the middle finger sign.

Having seen the video, Ugandans shared different opinions with most of them calling upon the relevant authorities to find and help her.

After various hours, a policeman was seen entering Keko’s apartment. He is seen trying to communicate with other police officers as he walks around the room.

The video has helped calm down the hearts of Keko’s fans who are now confident that she will be helped and maybe checked into a rehabilitation center.