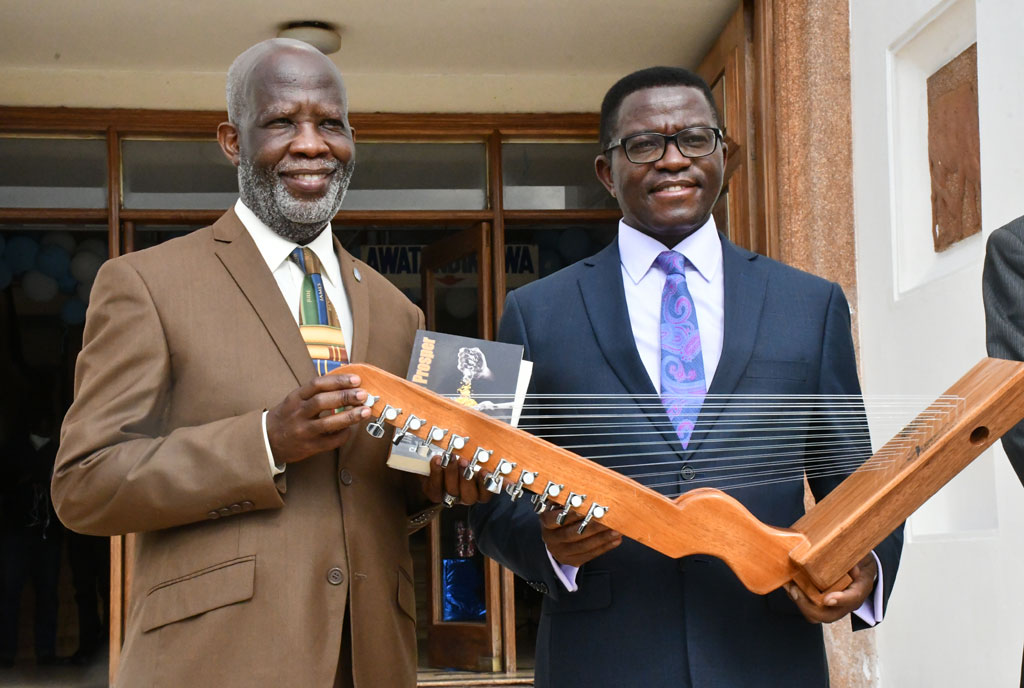 “In school, at St. Mary’s College Kisubi and St. Henry’s College Kitovu, the aspirations of many of the students were to become lawyers, doctors, engineers, and accountants. It was hard to imagine that there were other jobs that could sustain people. God did not create us to look at life in a limited view but rather discover and develop our talents and skills,” Charles Peter Mayiga, the Katikkiro of Buganda, and an author said while receiving the Janzi Awards’ accolade at Bulange Mengo.

He emerged winner thanks to his book titled ‘Work and Prosper’ in the category of ‘Non-Fiction Writers’ in which he was pitted against Joyce Mpanga, author of ‘It’s a Pity She is Not a Boy’ and Jimmy Spire Ssentongo who wrote ‘What I saw when I died’.

Janzi Awards seek to recognise and honour innovations and diversity in Uganda’s cultural, creative, and performing art forms. The inaugural edition of the awards was held at Kololo Independence Grounds on December 11th and 12th this year.

“I was happy to be nominated. There is no one who would not like to be appreciated. He wrote the book during the lockdown in 2020. I had never taken a break for a fortnight, not even one straight week. At that time, we were all restricted to staying at home. In times of distraught, you can get depressed or see an opportunity,” Mayiga, also a lawyer and businessman, narrated.

He adds, “I took time to reflect on the things I had told people to encourage them to work hard so I used the time to write this book (Work and Prosper) in one and a half months. For one who has been following my journey and heard the thoughts I’ve shared, many are well elaborated in the book; the lessons that can help people sustain their lives.”

Mayiga is also the author of ‘King on the Throne- The Story of the Restoration of the Kingdom of Buganda’, which was published in 2009, and Uganda: 7-key Transformation Ideas, published in 2018.

His first book was recognised and nominated under the Arts Press Association Awards (APAA). The winner of the awards was Winston Mayanja who is known by the aliases Tshaka and Jazz Safari, for his contribution to popularising jazz music in Uganda.

The Katikkiro applauded Mpanga for her well-written book, describing it as a very good book, and said he is yet to read Ssentogo’s book too.