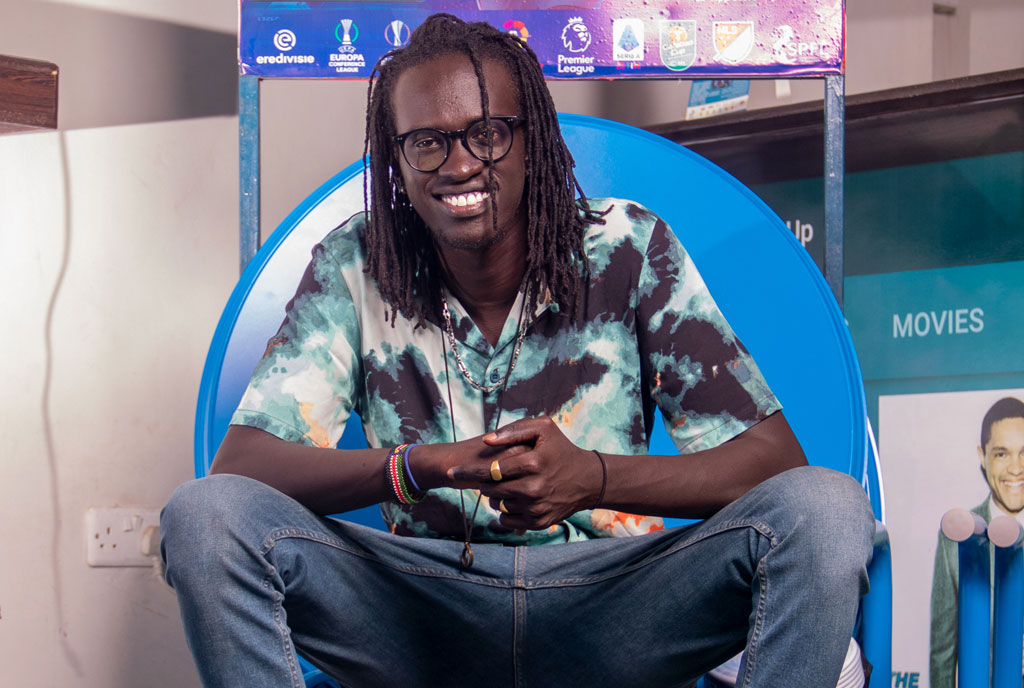 Comedian Akau Jambo who recently rebranded from AK Dans is back in the news. The comedian who is based in Uganda but is of south Sudanese origin has revealed to this website that good things have started happening to him as the year comes to an end.

This comes after the comedian recently returned to South Sudan from Uganda where he has been for a long time. After a few months in South Sudan, Akau first landed a gig to use his influence to find out why HIV positive cases are spiking in different parts of Lake State in South Sudan.

Months before that, Akau has landed a gig to work with Multichoice South Sudan during this festive season. The contract that he signed with multichoice came with a fully subscribed DSTV package and influenced their new campaign dubbed Choose Joy on DSTV.

Akau recalls that at the end of last year when he had just moved from Uganda to South Sudan, all his sources of income were blocked by the pandemic. This was when his friend advised him to find a job in South Sudan but he declined it. “I told my friend that comedy was my job and when I ever fail at comedy, it is when I will ever look for a job but before I make ends meet and see comedy becoming profitable in South Sudan, I will not stop,” he said. He went on to say that it was the time he started creating online content since there was no stage to go on to, his following grew on YouTube from 4,000 likes to 11,000 and this is when the influencer gigs started coming in.

Akau applauded DSTV South Sudan for believing in him and working with him though he hopes in the future, DSTV could influence other companies to also work with South Sudanese content creators.

Akau Jambo was born in northern Kenya in Kakuma Refugee Camp in 1997 and stayed there until the early 2000s. He came to Uganda in 2004 when his father passed on. Together with his two siblings and mother, they moved to Kitintale and that’s where life continued from the moment he became a celebrated comedian in Uganda and South Sudan.