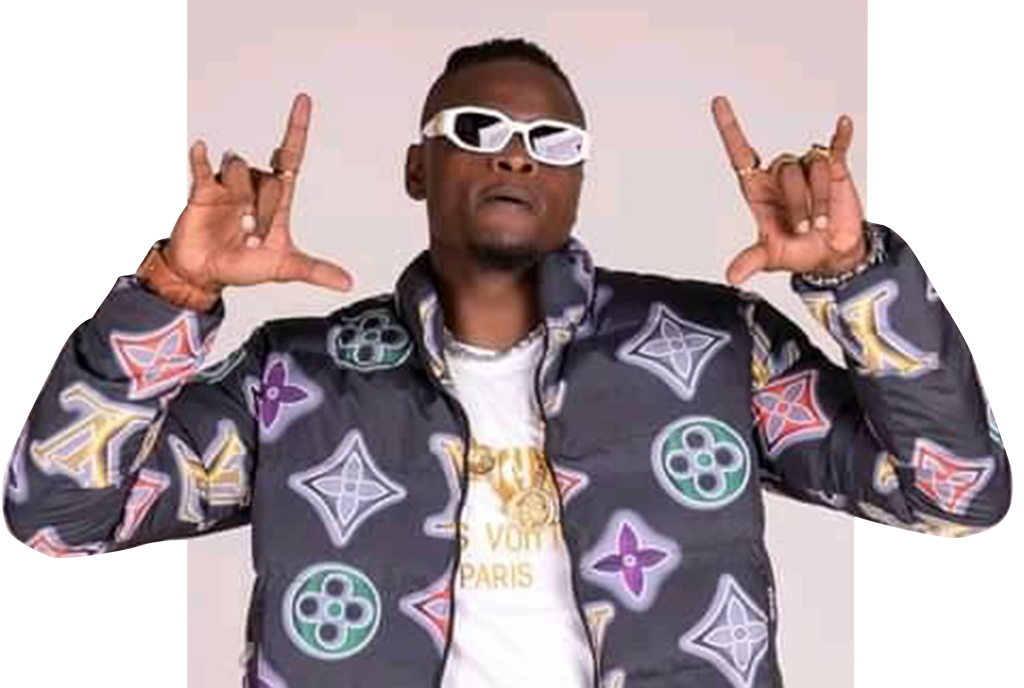 And the award goes to…Just like 2020, this year was not a walk in the park for the entertainment industry. Now it is that time of the year, when Andrew Kaggwa and Isaac Ssejjombwe send some flowers for they that hustled hard.

Producer of the year – Nessim 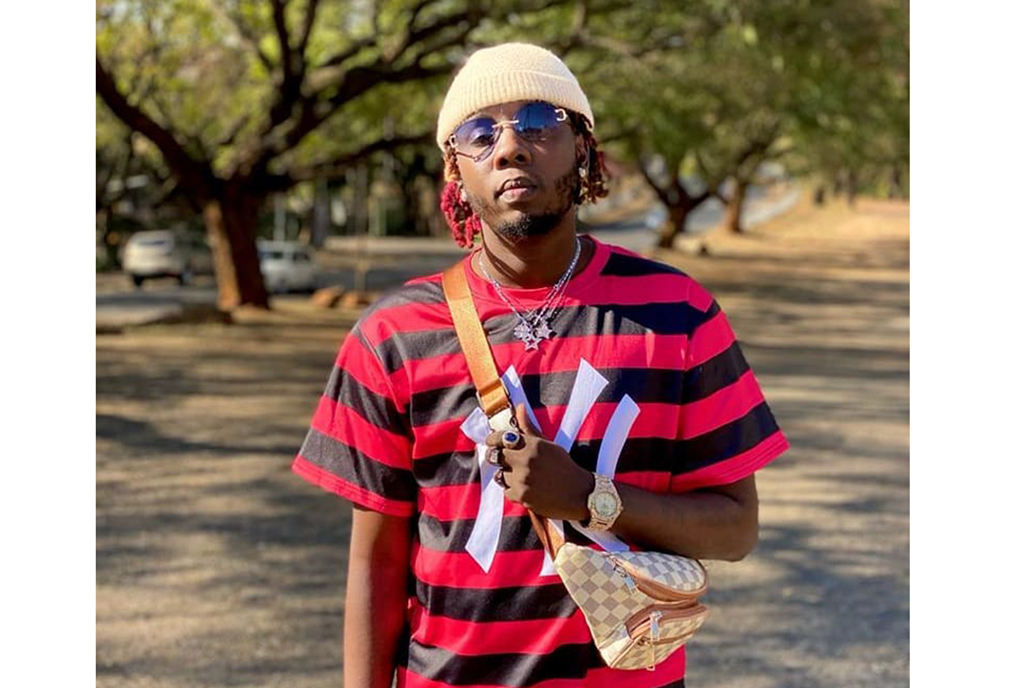 Weekend by Eddy Kenzo, Mbeera by Levixone and Grace Morgan, Body by Spice Diana and Nince Henry, Magazine by Zex Bilanjilanji and Kiss You by B2C are some of the songs that Nessim produced this year and one common thing about them is that they have all received ample airplay, despite being of different genres. Nessim just like last year deserves to take home this category that also had commendable producers such as Artin, Kuseim and Daddy Andre.

Female artiste of the year – Azawi 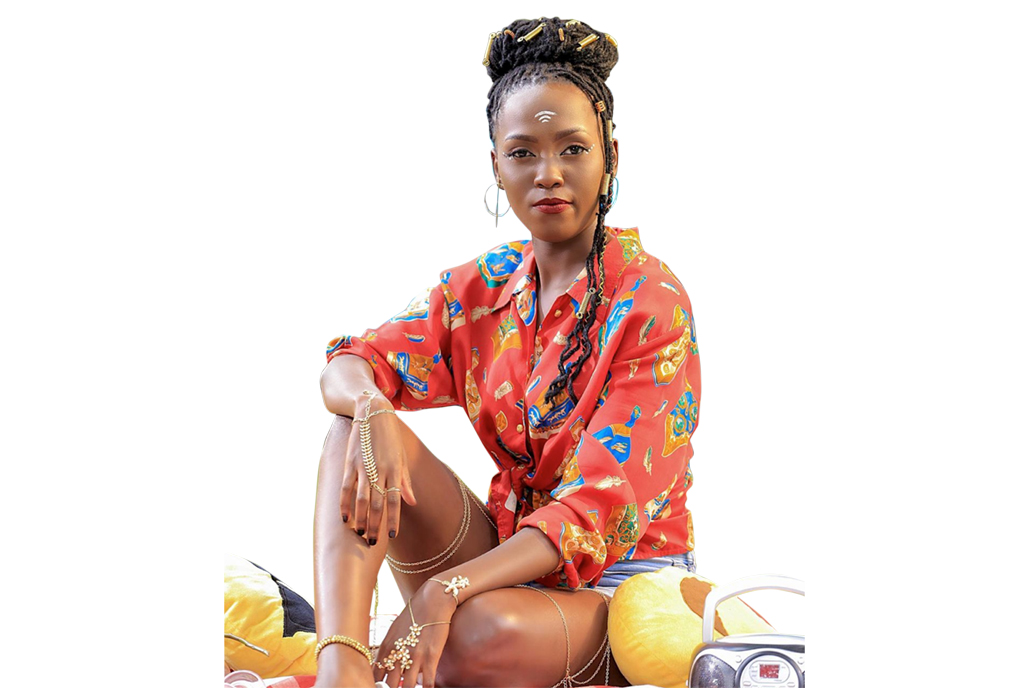 We have to apologise for not consulting the Source management in regards to nominating her in the Sqoop awards but we just had to because we give credit where it is due. However, unlike last year where she emerged winner of this specific category, the award for female artiste of the year goes to Azawi. Yes. The Swangz Avenue new kid on the block has had a tremendous year when it came to music and international recognition. Her My Year song seemed like it had hit a dead end but it has lived up to the billing. The song is off her 16-track African music album that is getting noticed on several platforms such as Spotify among others. BBC’s DJ Edu also earmarked her among the biggest talents from Africa to look out for in 2022. The Lo Fit artiste was also the only Ugandan among the four African artistes to represent Africa at the YouTube Black Voices Class of 2022.
She competed with Spice Diana, Lydia Jazmine and Sheebah in this highly-contested category. 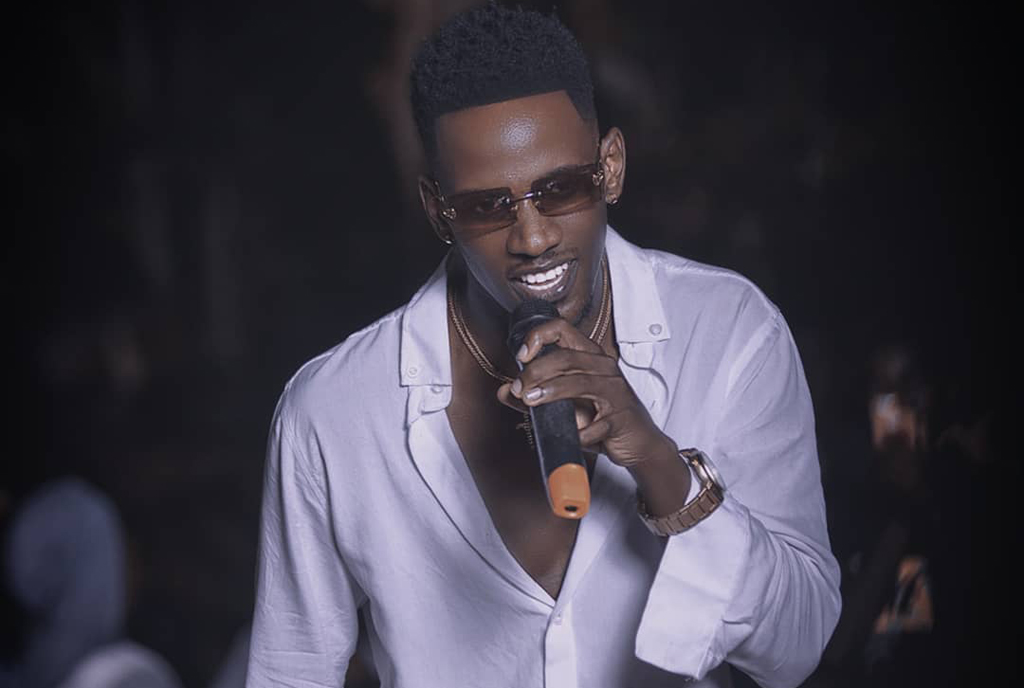 One of the categories that has always had a misconception. A breakthrough artiste can go to a person who has been in the industry for more than five years or someone who has made a debut that same year. We literally consider his/her breakthrough and in this category we looked at An-Known, Liam Voice, Victor Ruz, Pia Pounds and Aroma. These guys have entertained us this whole year with interesting songs. Like the big boys, these artistes have proved that they have whatever it takes to make their careers shine but we could only come up with just one name, An-Known. With his moniker, Dalton Ntege has managed to receive ample airplay not with just one song but all three; Radio Call, Tonelabira and Doctor, which hasn’t been the case with the rest of the contenders. 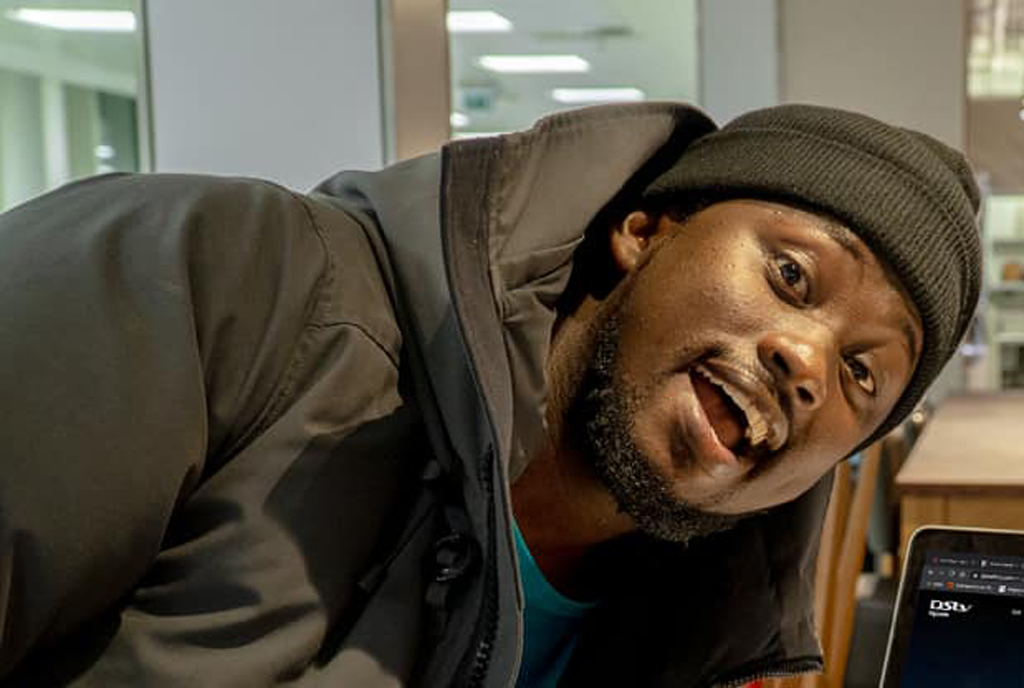 Because the music industry has been under lockdown for two years now, we thought creating this category might give hope to the whole industry and we selected three songs to vie for this category. We looked at Pr Wilson Bugembe’s Katonda, Vinka’s Thank God and Levixone ft Grace Morgan’s Mbeera are the best contenders and we all agreed that Mbeera takes it. The lyrical content in the song, the storyline and hope of the song is what everyone needs right now. 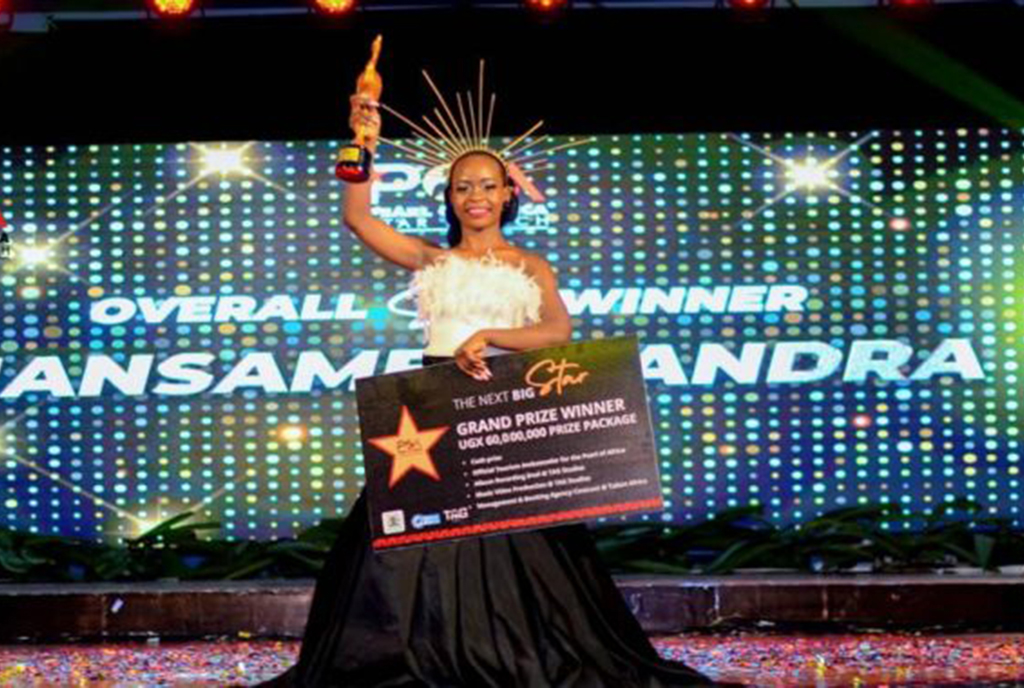 Despite the coronavirus pandemic that forced the president to lock the entertainment sector, some events somehow managed to happen. Some in Kampala while others happened upcountry. Among those was the Y-Plus event, the Pearl of Africa star search, Janzi awards and the UG Connect online concerts. Most of these events had their shortcomings while others lived up to the expectations and after careful consideration, we decided to give the best event to the Pearl of Africa Star Search (POA).
The competition offered the top five competitors a chance to get recording deals, which might kickstart their music careers. They got booking deals at TAG Studios while Sandra Nansambu, the eventual winner walked away with a grand prize worth Shs60m, including cash, a recording contract from TAG Studios, professional artiste management and PR, music video production, collaborations, destination trips and the paid role of tourism ambassador.

Artiste of the year – Pallaso

Pallaso has always been that one Mayanja you got surprised that he never got his due. From his collaborations with Davido and Vector, he has served Ugandans music that has passed unrecognised. Yet in 2020, as the year ended, he released Malamu and he has not stopped since then. From Mpa Love, Bareke Abo and Nalonda Nemala, the artiste has been viewed on YouTube more than four million times and that is without putting collaborations, audio and lyrics video in consideration. He also made the cut as one of Uganda’s most streamed artistes on Spotify in Uganda in 2021.
On a lighter side though, Pallaso was the only brave Ugandan artiste who dared to pull a Davido stunt by asking his fans to support his cause of clearing his assumed car.
Besides Pallaso though, Azawi had a brilliant year, thanks to the team of managers that got her into places most artistes can dream of, then there was Kenzo and Spice Diana, two artistes that have thrown their weight behind pushing Ugandan music beyond the Malaba border. 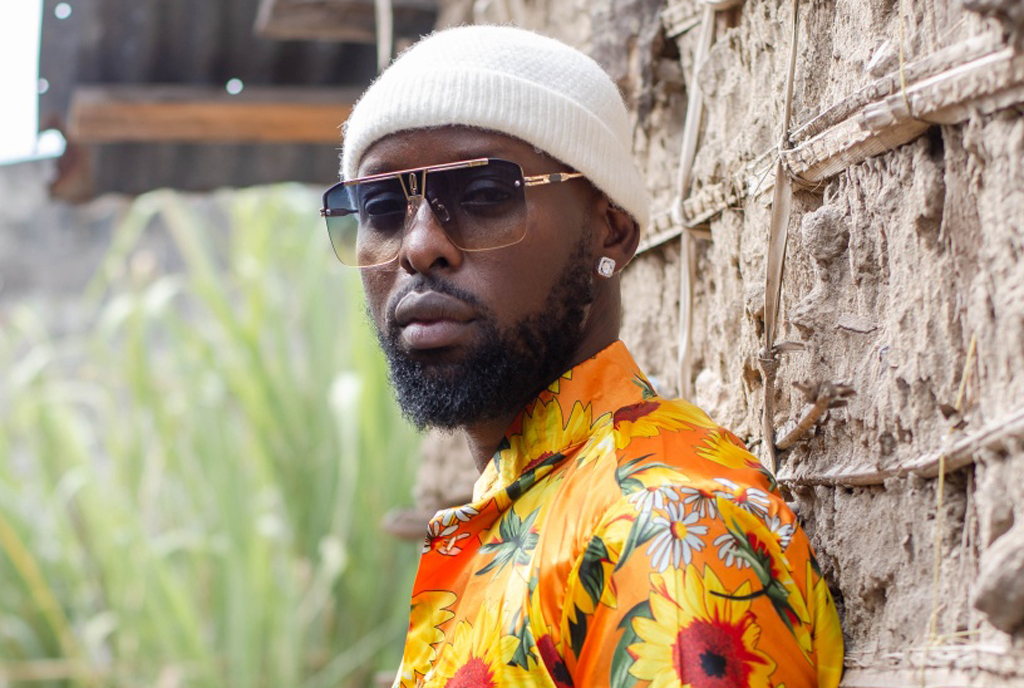 This was the first song Eddy Kenzo released off his then highly-anticipated Made in Africa album. We cannot get into the details of that particular album but we can at least tell you it was one hell of an ambitious job by Edirisa Musuuza. It is easy to imagine the audience found it hard to embrace it, yet, even in all its complicated nature, the album had Weekend. This song did not really come strong, it simply grew on Ugandans and before they knew it, they were rotating and resetting.
Other strong mentions in this category included Oluvanyuma by Zulitums, an infectious song that for once got Ugandans listening to lyrics, Boyfire by Selecta Jeff ft Sheebah and Azawi’s My Year.

There are many albums that were released this year. Many, if not all, were easily forgettable. But then there was Azawi’s African Music, not a perfect album – it was all over the place and nowhere sometimes. Yet, even with all the shortcomings, Azawi released a definition of a successful Ugandan album. It has many crowd-pleasing songs such as Slow Dancing, Party Mood and Majje, as well as could-be gems such as Bamutute and Craving You Heavy.
Other outstanding albums were the ambitious Made in Africa by Eddy Kenzo and Kirabo by Ykee Benda. Kenzo did a lot with renditions such as Moni originally by Kanda Bongoman, Philly Lutaaya’s Born in Africa while Kirabo has so far impressed with Banange and Obangaina rendition.

Do we have to explain this?
Pallaso has had a good year, he started his streak in 2020 and in 2021, he still proved to be the most valuable Mayanja of the time. Zex Bilangilangi was good, thanks to his Nalinda and Magazine. Eddy Kenzo too enjoyed the year, thanks to Weekend, the biggest song this year and yes, Fik Fameica seems to become bigger each year that goes by.

Collaboration of the year – Body 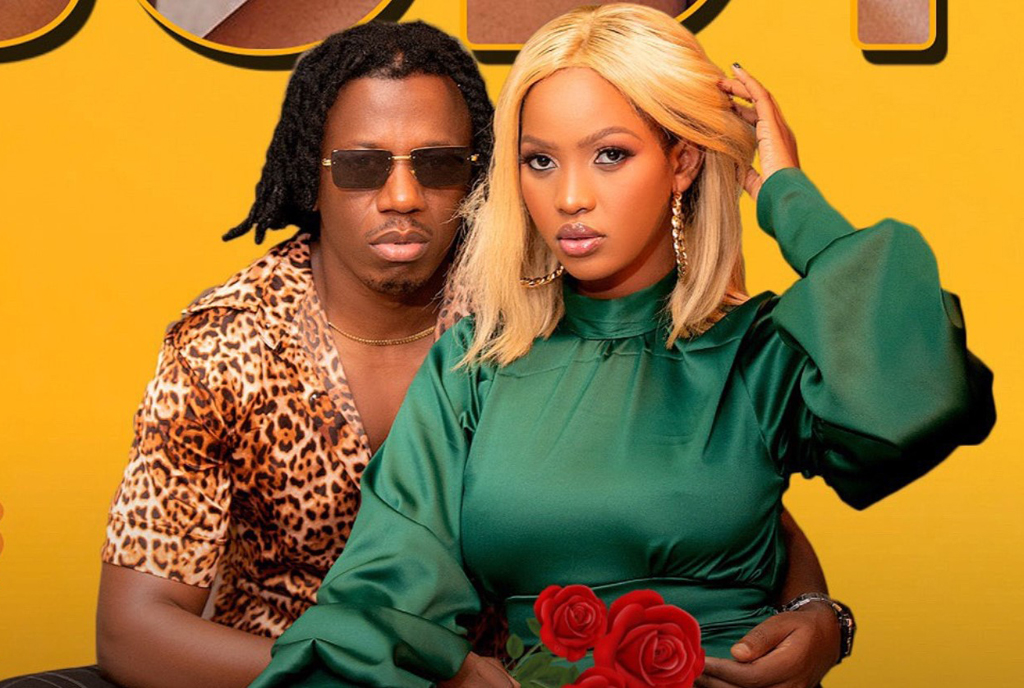 The year had a number of good collaborations, think Banange by Ykee Benda and Lydia Jazmine, B2C and Aroma on Yoola, Rema and a Nigerian brother Chike on Loco to Selector J and Sheebahs’ Boyfire.
But most of these songs were ordinary until Spice Diana and Nince Henry teamed up for Body. Spice Diana and Nince Henry were an unexpected duo that brought his longevity and her star power to a song.
What makes this song work is the producer’s magic and playfulness with both the bass and the lead guitar – of course, it was also amazing hearing Spice Diana sing lyrics that actually mean something and did not feel made up for the beat.
And the audience responded to this song in a way you may only imagine; over two million views on YouTube and about 80,000 streams on Spotify. 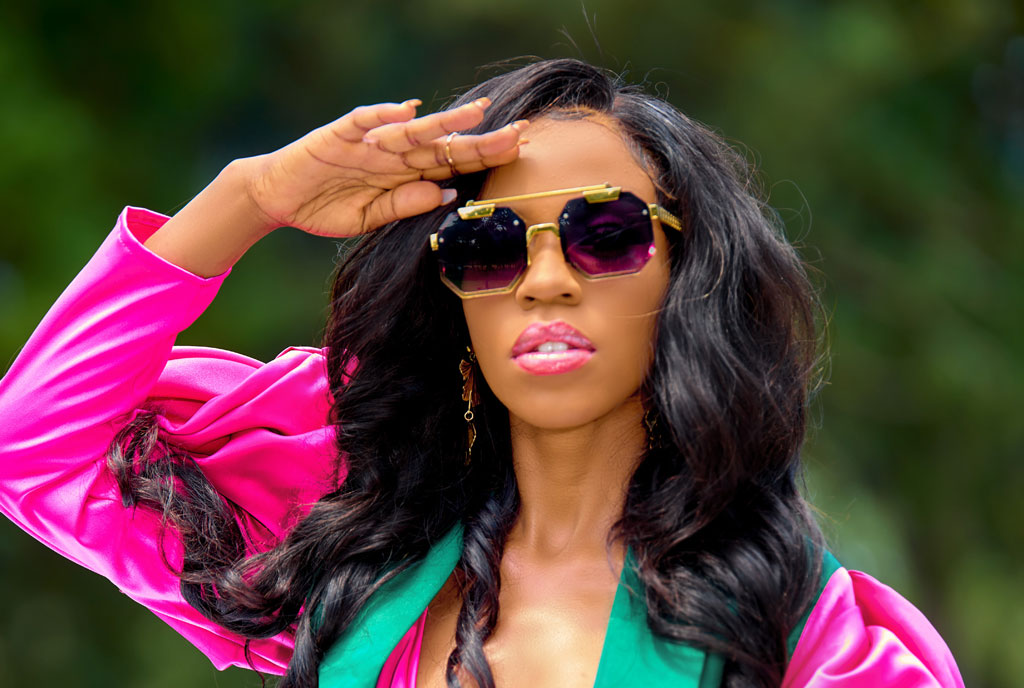 Most Ugandan videos fail on many fronts such as scripting, costuming, storyline and creating an identity. This year, Vinka’s only entry, Thank God, seemed to hit many of these things on the head. The video scores highly on creativity and technical aspects such as cinematography, location and editing. For instance, much of this video takes place in a single location, yet the director makes it work, thanks to the way they frame and move the cameras. Then the seemingly flawless editing that goes between shots of the artiste singing and dancing with her troupe. Sometimes you could think they were continuous shots – a technique very formidable in cinema. Then there was costuming and a dance identity – Vinka always makes a clothing splash, it is hard forgetting her outfits; remember that red hat with strings on it coupled with an uneven jumpsuit in Sure or the cut tyre outfit from one of her first videos, this time she had a white robe and green and purple suit. Then there is a dance. Who of you doesn’t want to push a ka leg to the front and bend backwards while nodding? That’s what beautiful art does to people.