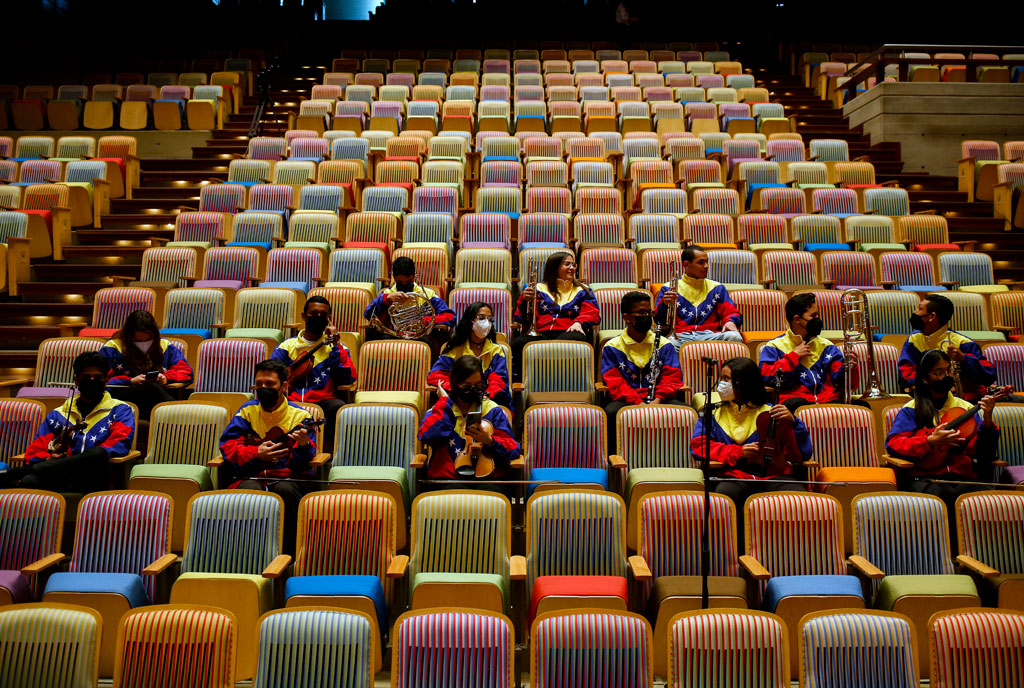 Members of the National System of Orchestras of Venezuela. PHOTO/AFP

Venezuela on Saturday locked in the Guinness record for the world’s largest orchestra after thousands of local musicians performed Tchaikovsky’s “Slavonic March.”

The performers were brought together by Venezuela’s publicly funded “El Sistema” program, which was founded in 1975 and has since provided classical music training to thousands of working-class children.

Gustavo Dudamel, the music director of the Paris Opera and the Los Angeles Philharmonic, is one of its most notable alumni.

“I can confirm that this attempt has been successful, congratulations,” an official in charge of delivering the verdict announced on a screen during a ceremony at the El Sistema headquarters. “You are officially amazing.”

About 12,000 musicians, including both children and adults who are members of the country’s main orchestra, the Simon Bolivar, played for the record on November 13.

In the end, Guinness World Records recognized only 8,573 of them as having set the record, according to a certificate issued by the organization.

Performance of the piece was observed by around 260 auditors from the accounting firm KPMG, charged with ensuring each musician complied with the rules to set a new record, which include not sharing instruments and playing for at least five minutes during the score.

“This is a great achievement not just for El Sistema but for our country,” said program director Eduardo Mendez.