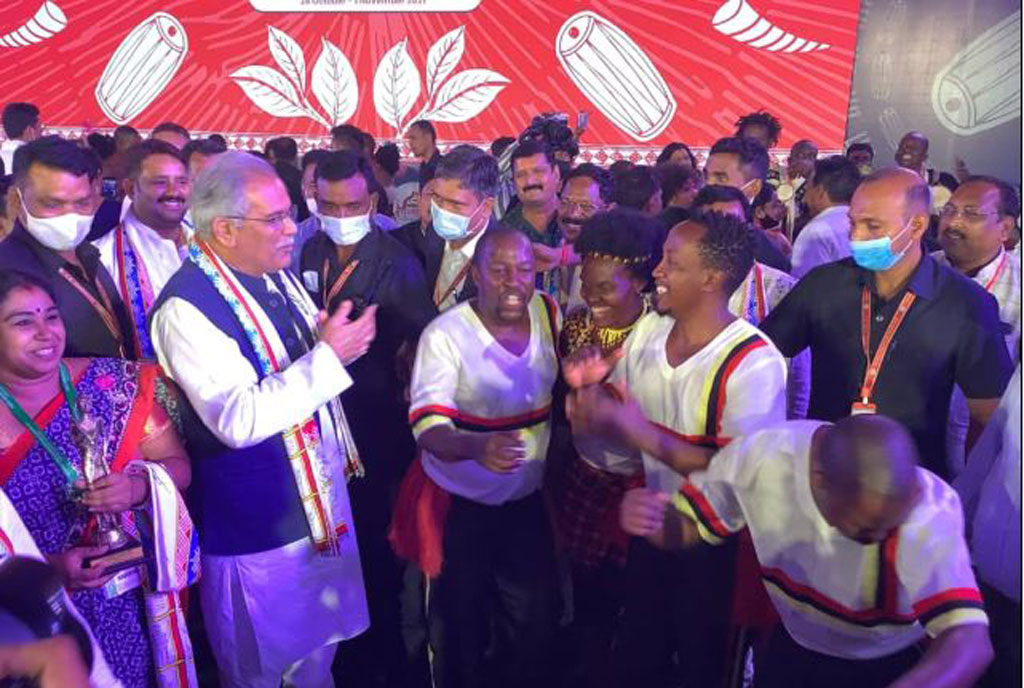 Team Uganda at the event. PHOTO/COURTESY

Team Uganda that was represented by Busenyi based Kiconco Culture Troupe was lauded at the annual National tribal dance festival in Chhattisgarh Raipur, India.

Participating in the festival for the second time, the team was led by Uganda National Cultural Centre’s (UNCC) spokesperson Robert Musiitwa.

“As UNNC, we are proud that whenever we receive an opportunity to showcase Uganda’s’ culture, we always excel,” said Musitwa.

He noted that Uganda’s participation is part of UNCC’s mandate to Preserve, Promote and Popularize Uganda’s Cultural heritage locally and globally.

“We will continue to send different teams not only to India but to the rest of the world to promote and popularize our culture as Uganda,” he added.

It is understood that the festival brings together all the tribal states and union territories of India to showcase their prominent and colourful tribal dance forms. 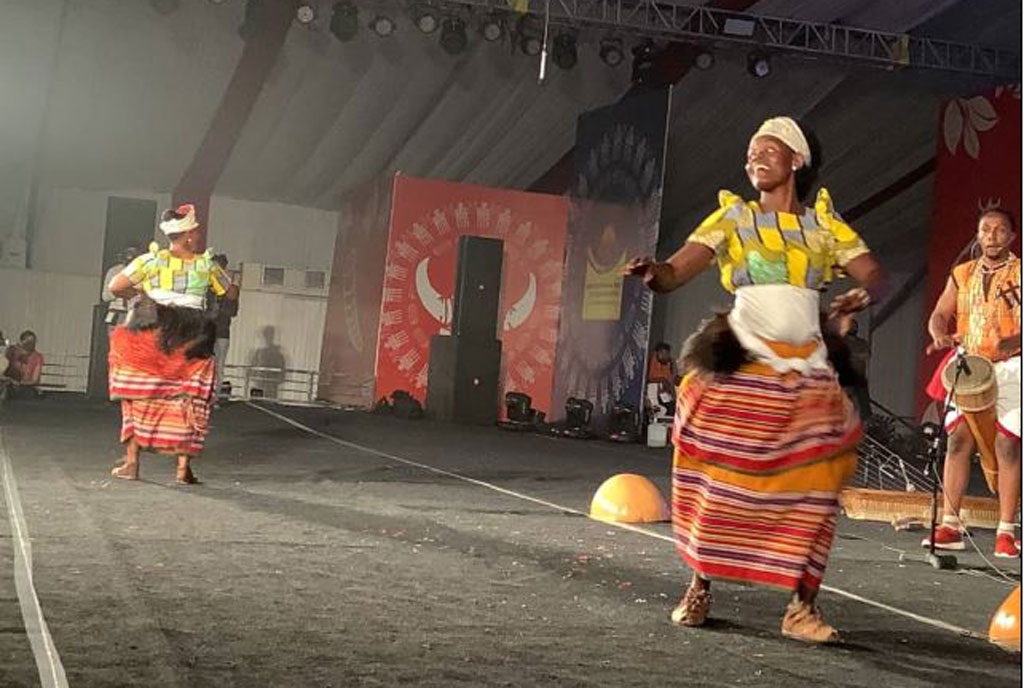 At the festival, Uganda showcased cultural diversity through dance and music. Celebration dances, as well as marriage and initiation acts were performed.

The seven-member team also took time to practice to be able to create a fusion of the Hindu dialect with local dialects in Uganda. 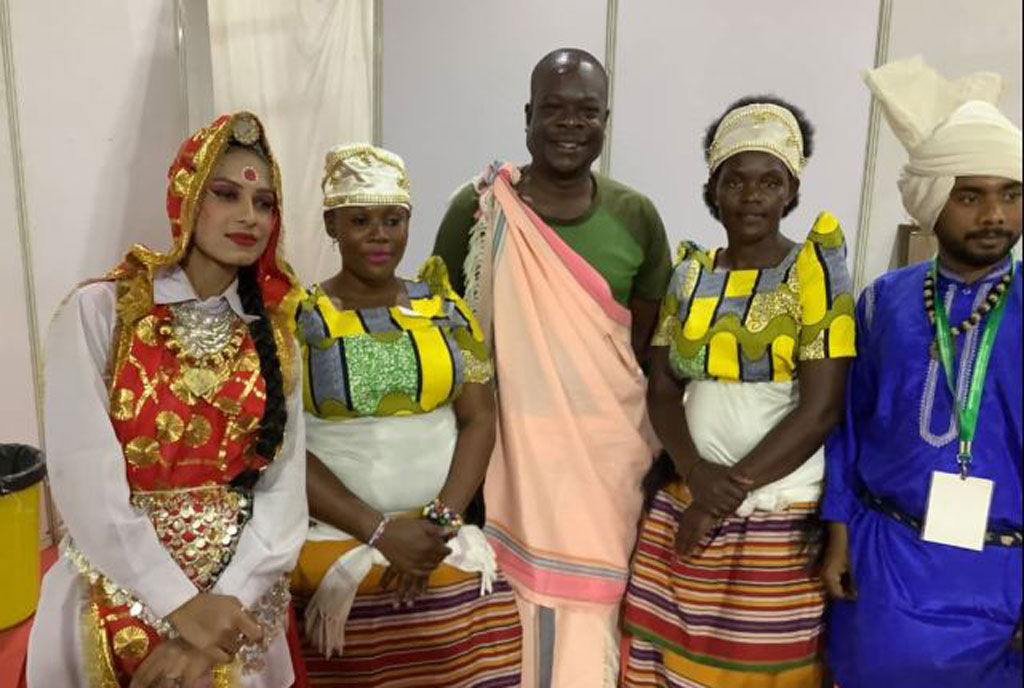 This is what made the Ugandan team a favourite of the audience such that whenever they stepped on stage the audience would go crazy.