'No Time to Die' wastes no time topping US box office 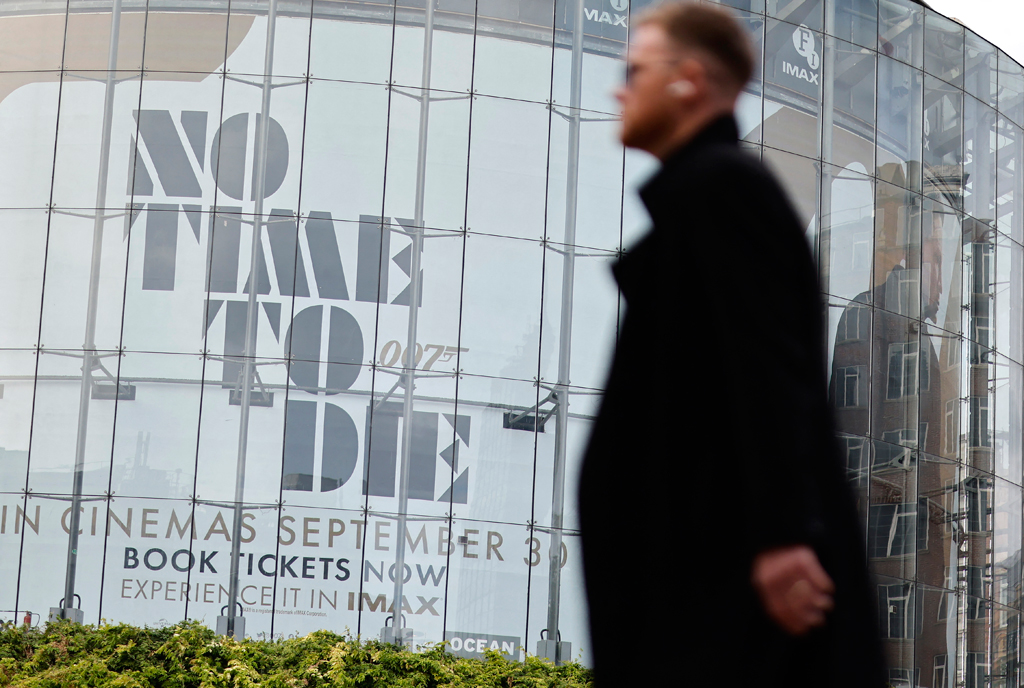 A pedestrian walks past a billboard of the latest James Bond film “No Time To Die” in London on October 4, 2021. AFP PHOTO

“No Time to Die,” the latest installment in the James Bond movie franchise, shot straight to number one in North America’s box office on its opening weekend, netting $55.5 million, according to industry watcher Exhibitor Relations.

The United Artists film, the last to feature Daniel Craig as 007, sees Ian Fleming’s spy hero dragged out of retirement to face off against old foes Blofeld, the criminal network SPECTRE and Safin, played by Rami Malek.

Last week’s leader “Venom: Let there Be Carnage,” was knocked down to second place with a haul of $31.7 million, making a total of $141 million for its first two weeks.

The Sony film stars Tom Hardy as investigative journalist Eddie Brock whose symbiotic bond with an alien named Venom gives him superpowers. Brock must stop serial killer Cletus Kasady, played by Woody Harrelson, who has broken out of prison after merging with another alien.

Third place was held by “The Addams Family 2,” which brought in $10.1 million. The animated feature by United Artists follows the iconically creepy, kooky, mysterious and spooky family as they go on vacation.

In fourth position was Disney’s blockbuster “Shang-Chi and the Legend of the Ten Rings” which netted $4.3 million.

Fifth place was held by “The Many Saints of Newark,” the Warner Bros. prequel to cult television series “The Sopranos,” which took in $1.4 million in its second week.

Rounding out the top 10:

In this article:artistes, Celebrities, entertainment, featured, No Time To Die, trending