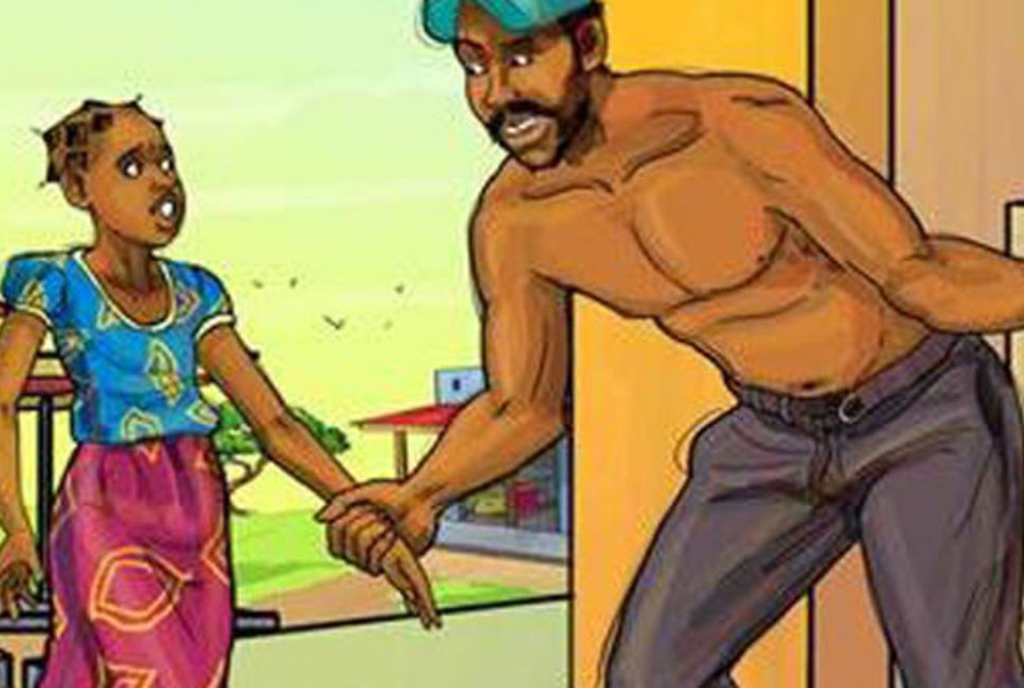 In a new film dubbed: Defiled by my father, Mr Solomon Serwanjja, an investigative journalist, tells the story of a teenager who is defiled by his father. Medical examinations reveal a clear orchestrated act, but justice has never been served.

Sexual assault continues to become a national crisis in the country with victims increasingly finding it difficult to access justice from respective authorities.
This revelation was part of the findings from yesterday’s launch of the investigative documentary film titled ‘defiled by my father’, a product of the African Institute for Investigative Journalism (AIIJ).

The one hour film, which showed on YouTube during the afternoon hours, was by Mr Solomon Serwanjja, an investigative journalist and executive director of AIIJ.
It exposes the loopholes in the justice system that sexual predators are using to avoid the justice system. Mr Serwanjja tells a chilling story of a 13-year-old minor who was allegedly defiled by her father.
“People have learnt how to compromise the justice system and this is what the story reveals,” he told Daily Monitor.

The narrative
The documentary starts with an account of the family background of the minor, Nakamatte (not real name).
The girl’s parents had separated eight years ago and there was no communication between the couple until recently in early February when the child’s father reached out to his former partner, claiming he wanted to see the children.
The children started visiting their father, a habit that went on for weeks, until one day when Nakamatte’s mother noticed something wrong with her daughter.

Though she was reluctant to speak out on what happened to her the first time, Nakamatte eventually opened up the second time after being interrogated by her mother.
“The child told me that she had a bad dream about her father defiling her, yet, he had actually defiled her,’’ the mother said during the documentary.
After opening up about her defilement ordeal, the mother took Nakamatte to Ggaba Police Station.
“The child took us to his (former partner’s) place. Statements were taken, he [the father] was arrested and the case was forwarded to Kabalagala Police Station,” she said.
Nakamatte was raped twice, leaving her with pain in her pelvis.

The documentary further shows a pattern of authorities who have mastered the art of killing cases at different points of the justice system.
At Kabalagala Police Station, she was told the person who stood in for the suspect was not around and if she had any complaints, then, she needed to go to the State Attorney where the orders came from.
She then reported to Katwe Police Divisional headquarters after learning that Nakamatte’s father had been released. Immediately after his release, he began bragging that he did not have a case to answer and that he was being framed.

Nakamatte’s father was rearrested and is currently on remand at Kitalya Maximum Security Prison, in Wakiso District pending court-trial.
Mr Sserwanjja said people have learnt to compromise officers who are at the lower end of the justice system including those involved in sexual cases.
There are two different medical reports on Nakamatte’s condition. While investigating the case at Katwe Police Divisional headquarters, the investigations officer called for another medical examination of both Nakamatte and her father on March 26.

The report was done by a clinical senior officer at Nsambya Police Health Centre. According to the report, Nakamatte had two tears in the upper labia minora and an already raptured hymen. The possible cause of injuries, according to the report, was forceful penile penetration. This is different from another medical report from Mayfair Clinic done on March 4, which stated that there were no bruises, but, rather pain on squeezing some parts of the genitals.
While examining the two medical reports, Dr Moses Mwanje, a senior gynecologist, said in the documentary that it depended on who was conducting the examination because people see different things.

“The two people may not be of the same qualification or knowledge or ability to examine a child,” he said.
Dr Mwanje suggested that the medical officer from Mayfair Clinic might have been compromised.
Mr Luke Owoyesigyire, the Kampala metropolitan deputy police spokesperson, told Daily Monitor that sexual assault cases are among the mostly registered ones during this ongoing Covid-19 pandemic.

“Part of the challenges we face when dealing with such cases is that we fail to get the samples (from victims) early enough. In the end, police have to mostly rely on statements of the victim and parents which we forward to the Director of Public Prosecutions (DPP) who in the end advises on how we proceed with the case,” Mr Owoyesigyire said.
Meanwhile, Mr Jameson Karemani, the Judiciary spokesperson, said when sexual-related cases are taken to court, sometimes there are difficulties encountered in handling them because of financial constraints and limited human resource.
“We are finding ways of dealing with these issues so that the cases are handled on time,” Mr Karemani said.

Mr James Tumusiime, the country director at Reach A Hand Uganda, a non-profit organisation focused on youth empowerment, said the documentary reveals that parents ought to create an environment that allows free engagement with their children, but also, there should be other mechanisms where information can be given.
Nakamatte’s mother said all she needs is justice to prevail for her daughter whose pregnancy test recently came out as negative. The victim continues to seek treatment for both her physical and emotional wounds inquired during her rape ordeals.