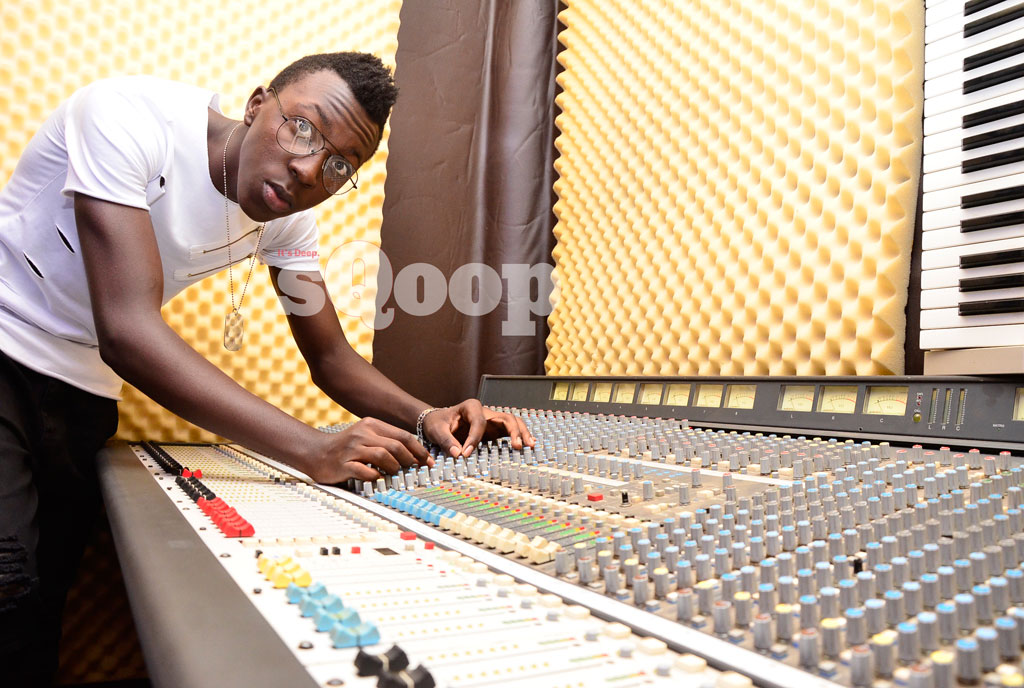 Ugandan music promoter Abbey Musinguzi popularly known as Abitex, has asked security agencies to arrest the chairperson of Uganda Bloggers Association, Ibrahim Tusubira alias Isma Olaxess over his alleged confession statement indicating that he was part of the assailants who injured producer Daniel Mukisa aka Danz Kumapeesa causing his death.

In an edited video that has since gone viral on social media, Olaxess is allegedly heard claiming he was part of the assailants who attacked the young and talented music producer in 2017.

Kumapeesa was hit with a dumbbell and later died in hospital where he spent days in a comma following the attack.

“We killed Danz Kumapeesa. He died after losing his speech. We moved on.  I was part of them. You cannot threaten us with such stuff,” Olaxess is heard shouting in Luganda in the video that was released on Wednesday, hours after he was on Tuesday granted bail.

The blogger was arrested on Monday on charges of offending and defaming musician Omulangira Ssuuna, remanded to Kitalya prison but released on bail the following day.

Abitex has threatened to demonstrate demanding justice for the producer after the blogger’s shocking confession.

“All along we have been looking for the people who killed our producer, Danz Kumapeesa. Isma has told the public that he’s the one who killed Danz Kumapeesa. Why has police not arrested him? Even President Museveni said suspected murderers should not be granted police bond until they get all the evidence required. If police fails to arrest Isma Olaxess after making such a confessional statement I will carry my mattress to police CID headquarters to protest until he’s arrested,” Abitex said in an interview with our sister station, Spark TV.

Our efforts to get a comment from Olaxess were futile as our repeated phone calls to his known phone number went unanswered.

However, in a statement purpotedly released by the blogger, he says the producer’s death occurred while he was in Sweden and that the alleged video was edited by people who want to blackmail him.

“Good morning dear Ugandans all over the world. I want to take this opportunity to do a disclaimer on a circulating video on social media that I killed Dans Kumapesa (RIP). I personally didn’t know Dans Kumapesa and never met him in personal (sic), so I had no any single issues with him that can trigger his death and I want to tell you that, that was internet wars on Fb which is different from the reality we live in and at the moment Dans Kumapesa died, I wasn’t in Uganda; I was in Sweden and I never said the way it is implicated in a small circulating video. For reference, you can watch a full video it is all over the internet & YouTube, all of this is done to blackmail me. Whoever wants to know the truth about that video should watch a full video,” said Olaxess aka Jajja Iculi.