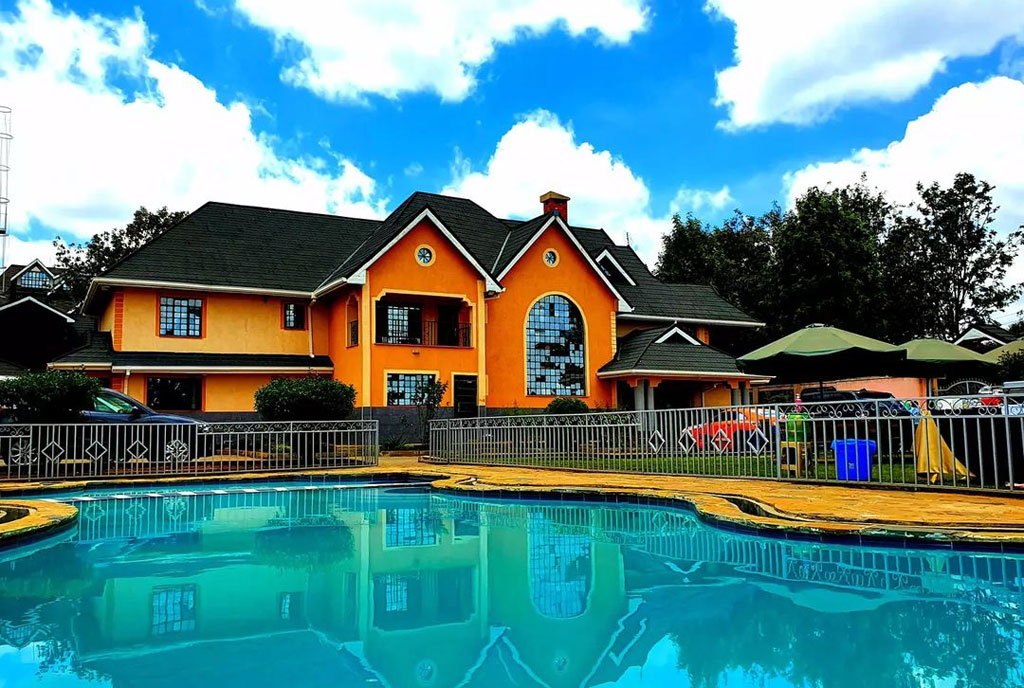 Comedian and content creator Eric Omondi has given Kenyans a tour of what he says is his seven-bedroomed mansion. The popular funnyman explained that the bungalow cost him Sh4 Billion to put up. He broke down the expenses to include Sh2.3 Billion for the construction and Sh2.2 million for the piece of land.

“This (project) is a culmination of my hard work in 14 years of comedy,” he said. “When I call myself a president, I have to live like one. I have been in the industry for a long time, and I need some peace and quiet to create ideas.”

Omondi further suggested he’d moved into the new home which is based in Karen, a Nairobi suburb, for security reasons ahead of a major announcement on October 19. When quizzed on his security, he said he would draft in officers from the Administration Police (AP) as well as the General Service Unit (GSU) after he disclosed having received threatening texts from unknown people.

During the house tour, he said that he had moved into the house three days ago from Kileleshwa where he had been living. The mansion features a bathroom the size of a sitting room, which is located in the master bedroom, coupled with its wall art which the comedian revealed originated from France.