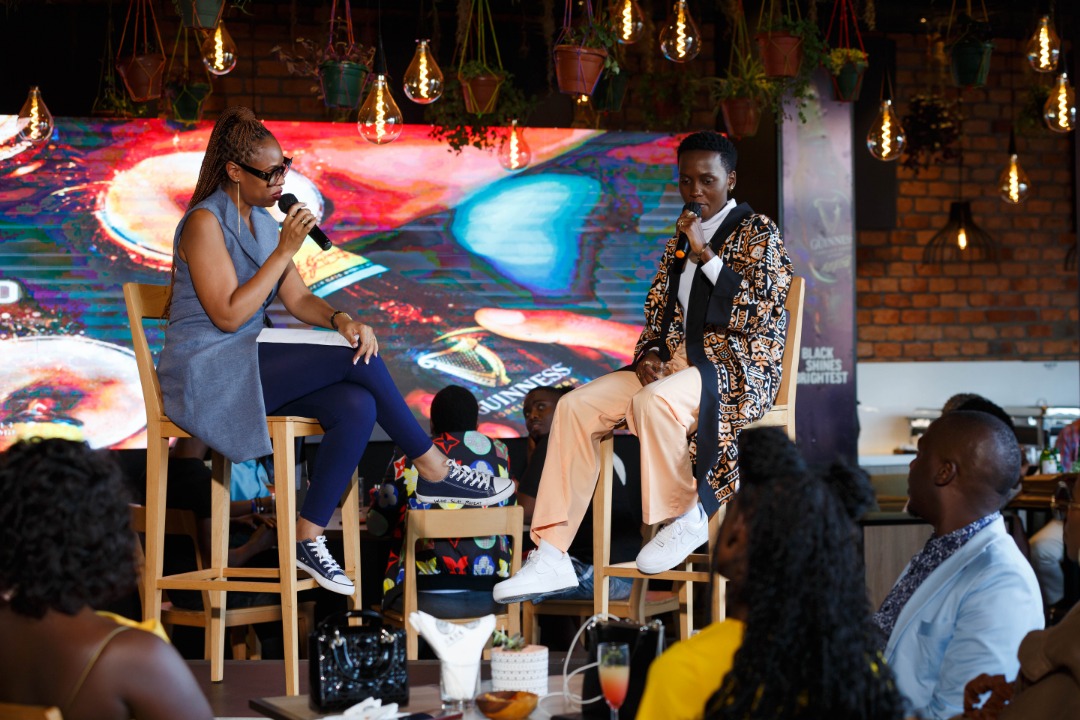 Azawi with Deedan during one of listening sessions

At exactly midnight Swangz Avenue singer Azawi dropped her album African Music on all major streaming platforms and it is nothing short of incredible. However, prior to the the album was released, Azawi’s record label Swangz Avenue held listening sessions for business and industry associates, select fans plus the media.

During the listening session, Azawi noted that she is grateful to everyone that has been part of the journey.

“Dropping my album this year especially ‘My Year’, the first track off the album that we released is like an affirmation for me about this year and I am beyond grateful to everyone that has been a part of this. I have been able to record a lot of great content within a year and eight months and I hope you all love it,” said Azawi at her listening session held at Onomo Hotel in Nakesero.

African Music promises to be a great body of work as ‘My Year’ and ‘Slow Dancing’ two singles that were released prior to the 16-track album release are already topping the charts across the country.

The second listening session was held at the Swangz Avenue offices in Industrial Area and music critics who attended referred to the album as a musical journey well equipped with soul and emotion, albeit with an African touch.

The album features A-Pass, Eddy Kenzo, Benon Mugumbya and Fik Fameica with production credits from Uganda’s top producers as well as Wasafi Records producer Lizer Classic, giving it a diversity of sound. Azawi has writing or co-writing credits on all the songs on the album.

It cuts across different genres like the cultural Ugandan sounds, Reggae, Afrobeats and a dash of Amapiano.

Despite the different genres that feature on the track list, her music remains authentic and undiluted from her true self; a humble girl from Bunga, Azawi is a musical force to reckon with.

The listening sessions were held in conjunction with Guinness which she represents as an influencer for the campaigns “Black Shines Brightest.”

According to Guinness Uganda Brand Manager Elizabeth Mutamuliza, “Azawi is a talented young woman who oozes creativity, optimism and ambition, demonstrating how one can shine brightest in the music industry. We are proudly associated and congratulate her on this milestone.”