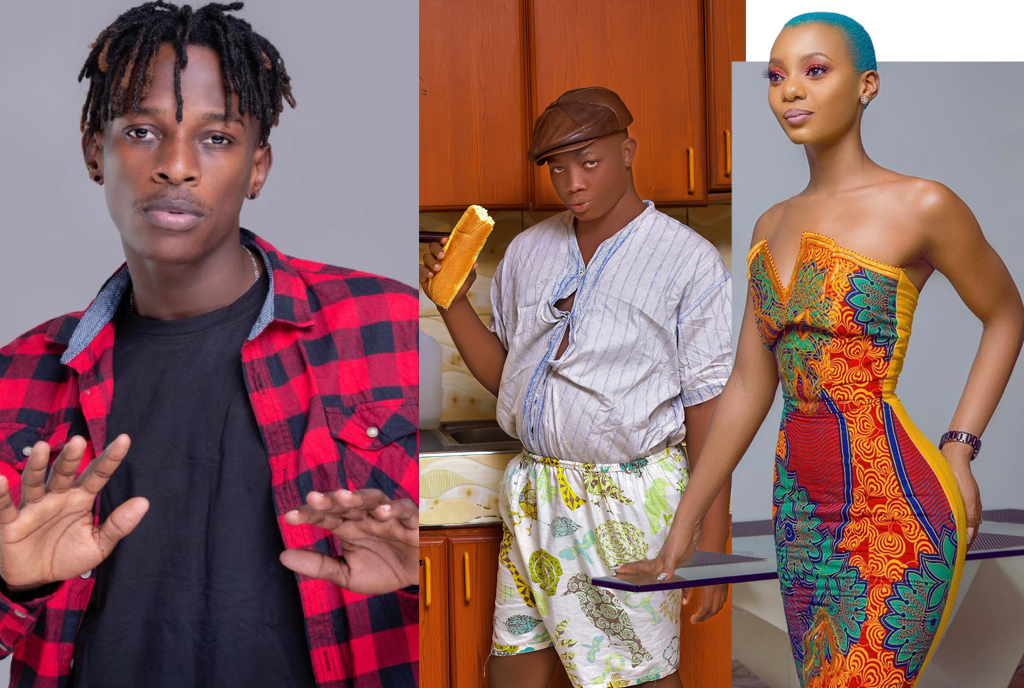 Lockdown breakthroughs: If there is one thing that Covid-19 has done, it is exposing people’s talents… or is it awakening creative juices? Well, among the new crop of celebrities is TikTokers. Gloria Haguma looks at some of the Ugandans that found their silver lining and are minting dimes from their popularity on TikTok.

A recent momentary shutdown of some of the applications like WhatsApp, Facebook and Instagram left many panicking, wondering if their already shaky relationships would survive this purge, and for others, if their source of income was hanging in the balance.  Social media has not only become a daily companion for many, it has also brought with it a budding crop of celebrities whose claim to fame is their popularity on these platforms.

A case in point is China-founded Tik Tok, a video sharing app that became a global sensation during the Covid-19 pandemic.

And thank God we were taken up by the wave as well because while many of the popular individuals on the other apps such as Instagram and Facebook are normally musicians and already established individuals, the story on the black app is different. TikTok’s popularity has brought with it a fresh breed of now popular and quite loved personalities who are scooping millions of hearts and clicks.

Professionally termed as digital influencers and content creators, majority of these are young people, some of whom have not even gone through their last semester of university, and mostly not your everyday celebrities. 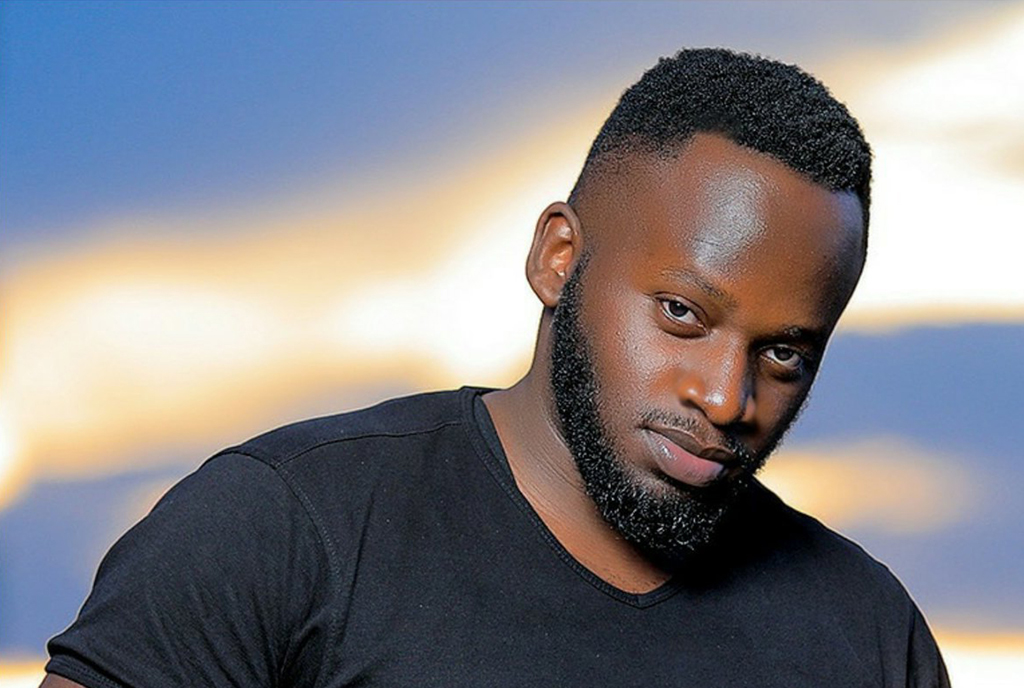 Even though he earned his online fame on other platforms such as Facebook and Instagram, Sesabat, who is famous for his photoshopped hilarious interpretation of the latest happenings in the entertainment world, has built an equally enviable following on TikTok.

“I opened a TikTok account simply because the fans on my other platforms were requesting me to. I started out with a simple video, dancing around in my shorts and it went crazy.”

Sesabat believes he is the most comical creator on the platform, something he says his 243k followers can attest to.

When it comes to endorsements and other opportunities from the app, he explains that many of them are musicians, both established and upcoming, who require his services to promote their music.

“I am the best ‘Tikontetor’. The rest are TikTokers. If you know, you know!” he adds. 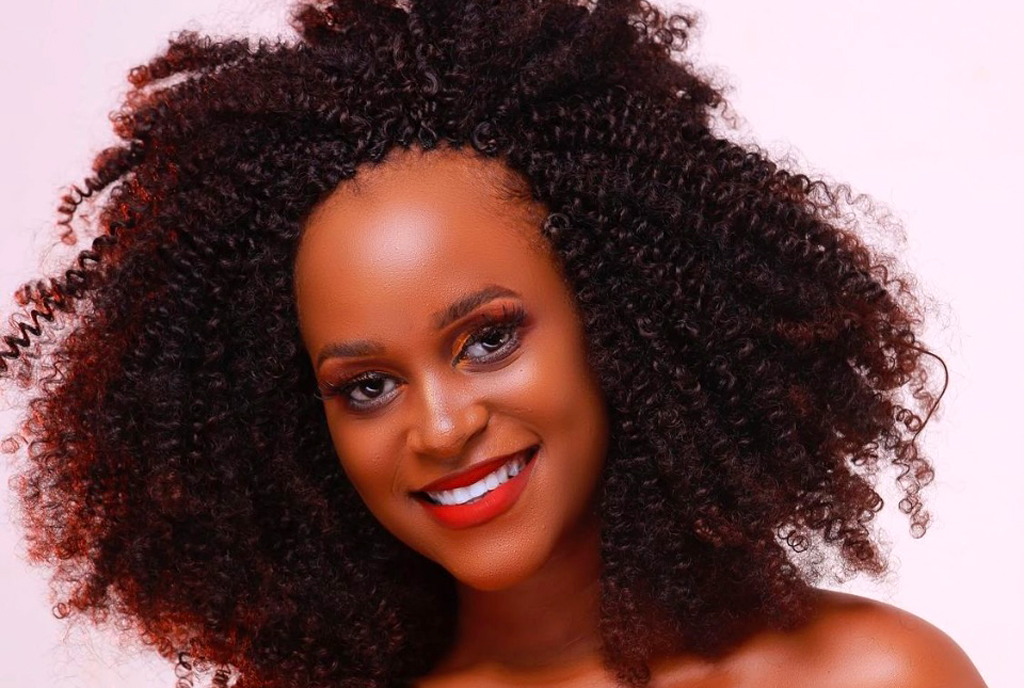 In case there is a fan fact about your favourite celebrity you might not be aware of, then the @balanced_diet account is the place to be. For instance, did you know that singer Beenie Gunter always has a red party cup in almost all his pictures? Neither did I! The 21-year-old whose profile reads Influencer, Events host and YouTuber, has grown her niche around profiling some of the biggest stars in the country.

“Many people kept saying TikTok was challenging and not the easiest place to build an audience, but that was my motivation for joining the platform. Aside from celebrity fan facts, I also share beauty and musical content,” the digital star, who has about a 61.0k following, explains.  She has been contacted for some endorsement deals and some are in final stages. 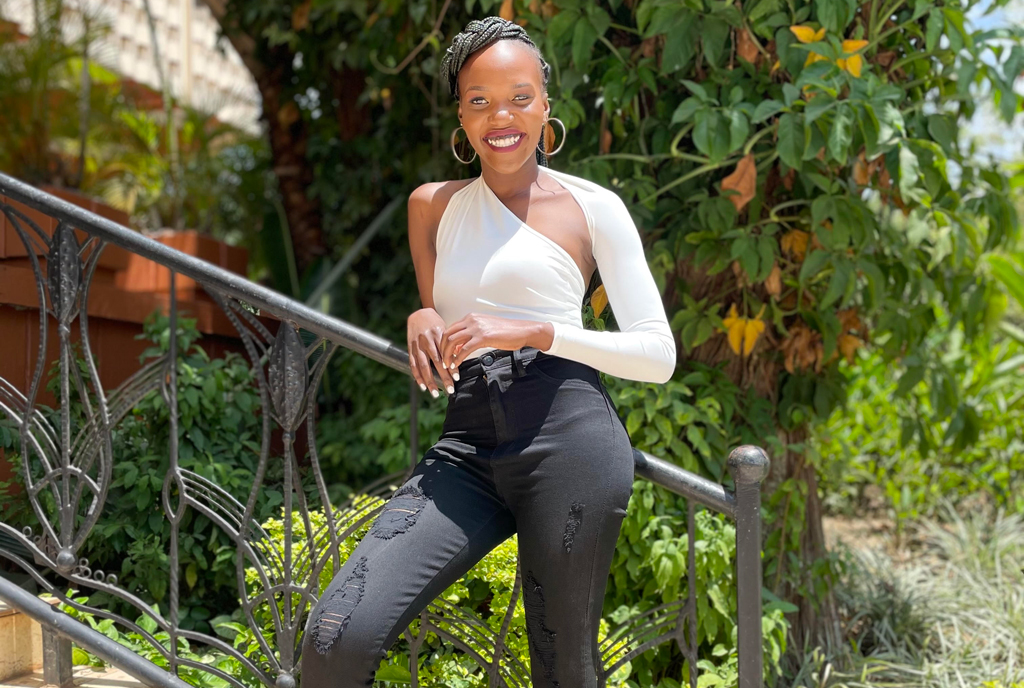 Like many of us, Aamito spent months watching other creators’ videos on the app, and mastering the art. She then proceeded to begin her digital journey, and currently boasts of a 5.8 million engagement number from her 412.7k followers.

The online sales representative and social media influencer lists comedy and music dance challenges as her niche on the app.

And evident from the numerous endorsement deals she has bagged herself, Aamito advises that it is something worth getting on, especially for young people who are trying to figure out what to do with their lives, in the wake of the pandemic.

“There is money on the app, so secure the bag people!” she advises. 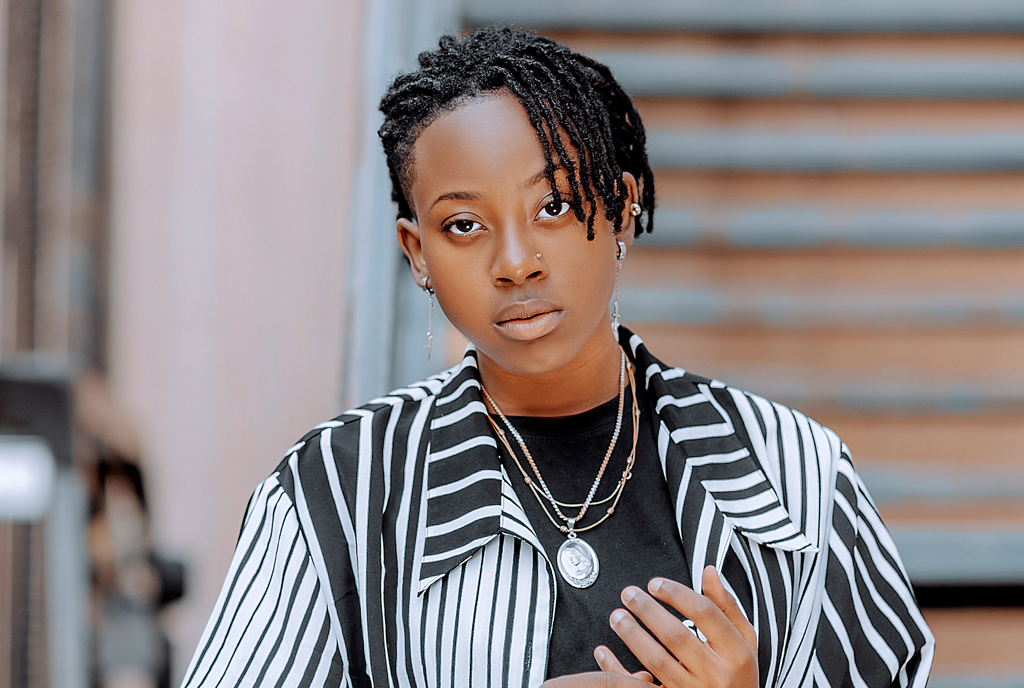 Born Betnah Kyomuhangi, the artiste manager and brand influencer is known as Lord Elektra to her loyal social media subjects.

The 20-year-old content creator began her TikTok journey during the 2020 lockdown and started out with comic videos and lip-syncing to popular songs.

“I did those until the account blew up. Currently, I have more than 361.8k followers on the platform and 4.2 million likes from the content. Creating content that is appreciated and keeps my fans entertained is a core focus of mine,” she explains.

Her online fame has landed her major campaigns with companies such as MTN Uganda and Club beer.

Why ‘Lord Elektra’, you ask? “Elektra is a name that was given to me by my best friend, Moses Kasule and then ‘Lord’ is a title that I truly deserve!”

It is the self-confidence for us! 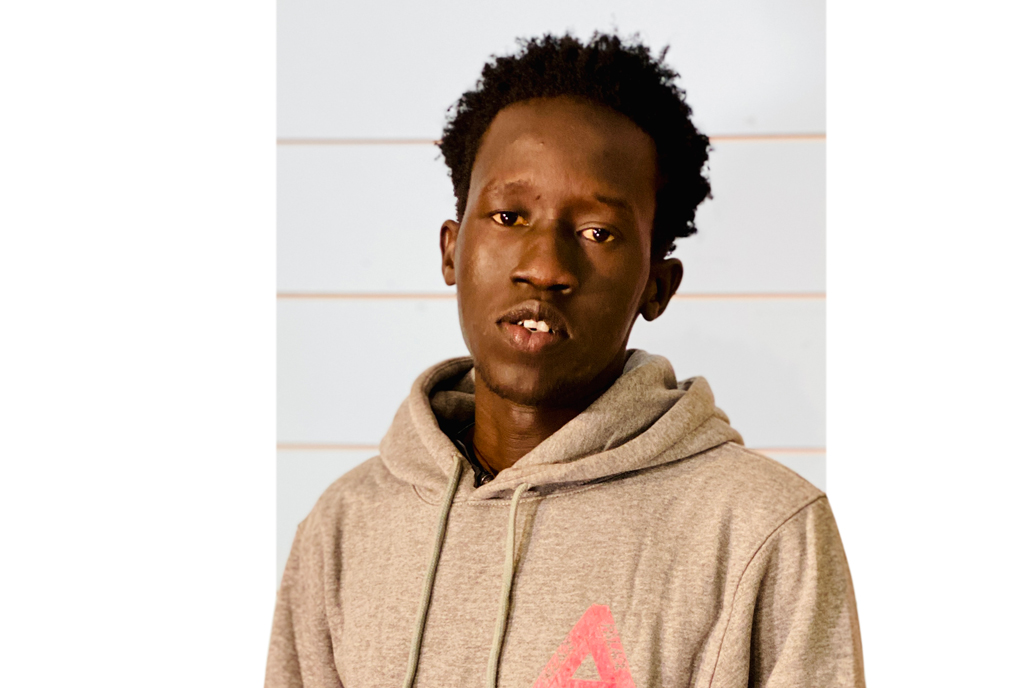 The Makerere Business Training Centre student was born in South Sudan, but moved to Uganda and has lived here since.

The online celebrity whose content is majorly comical videos and reactions to some of the funniest clips on the platform, explains that his start on TikTok was out of sheer boredom.

“I have always wanted to do something along the lines of comedy and so I decided to try my luck on TikTok at the climax of 2020. Things fortunately went well for me and before I knew it, some of my content was going viral on the app. I currently have more than 669.6k followers”Mr. Idiot explains.

Some of his proudest moments since being on TikTok, aside from his 9.6 million engagements mark, is a campaign he has previous done with the math problem solver app, Gauthmath.

“Currently, I also have endorsements deals with Xiami Uganda and Club’s Beat Coin campaign,” he adds. 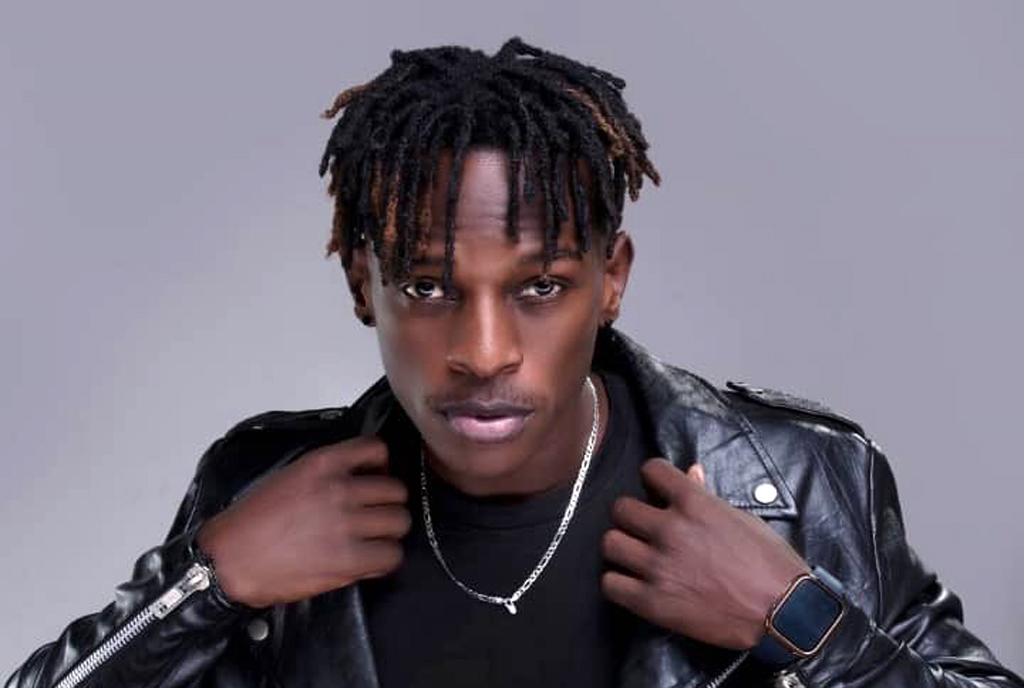 I came to know about this particular TikToker through a friend who sent me one of his comical videos. And even though I did not plan on staying on the account for long, I ended up spending close to half an hour on the account. And don’t get me started on the tummy aches I had to deal with from all the laughter.

Just like his username, the LED technician at Fenon Events definitely lives up to his name and serves some pretty hilarious skits on the app.  The 25-year-old says he had always dreamt of being a content creator and says he was convinced by a friend to join TikTok.

His videos are normally set in a home environment with his partner, Basha, and revolve around everyday issues experienced in many Ugandan households, but with a comical twist to them.

“I have been able to score some major endorsement deals with the popularity from the app, the main ones being with Jobline Ugandan Consultancy and Club beer,” Sebamba, who has a 222.3k followership says. 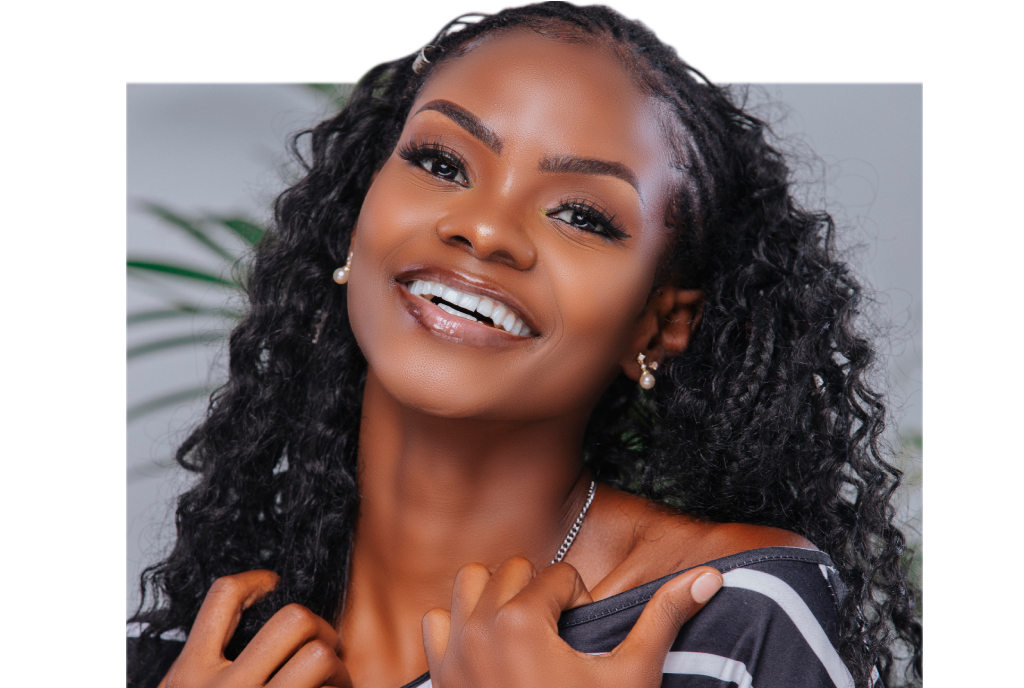 The online boutique owner, who has a 256,600 following says she was drawn to joining TikTok after watching videos of other creators, which excited and eventually inspired her.

“When I got started, it was quite addictive and quite hard to stop,” she explains. The 25-year-old whose content majorly revolves around music video challenges for local and international artistes alike, has earned herself a cool 3.7 million likes with her content.

She has come to be known over time for other lifestyle-related content such as fitness and fashion, which she throws in to push her numerous endorsement deals. 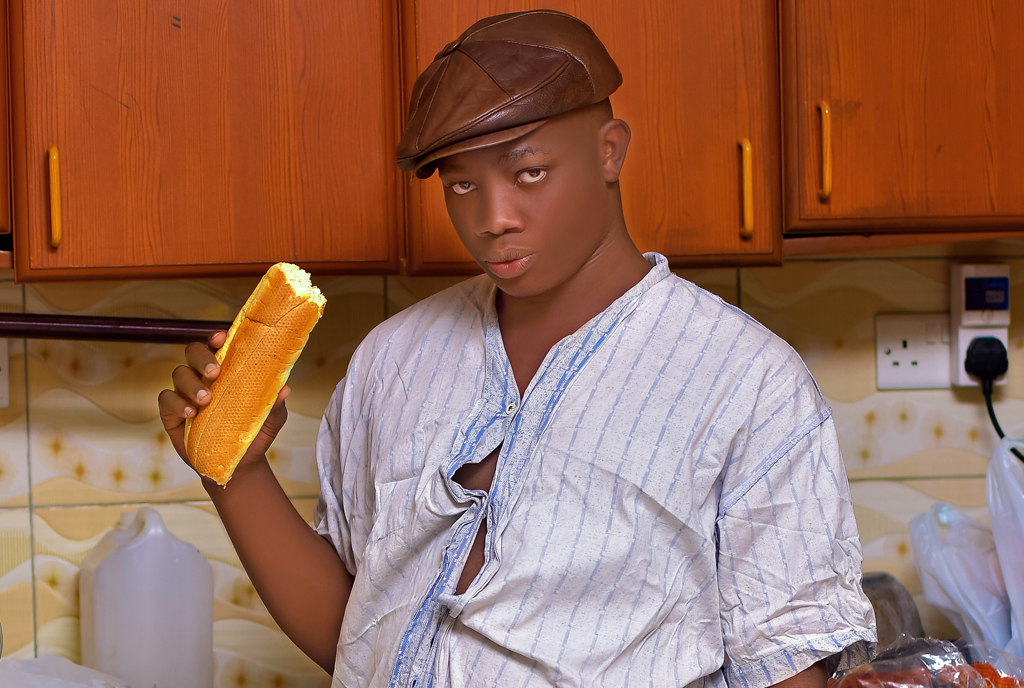 While majority of people I know, myself inclusive will prefer a relaxing vacation or even a night out to relieve the work inflicted stress, Majid, who goes by the usename @Yash Poppy, opted to join TikTok.

“The Covid-19 pandemic brought with it a lot of stress, especially on the work front. So I turned to social media, particularly TikTok as a way to relax,” he explains.

The online entertainer who performs many of his skits to the background sound of trendy music, both local and international, is a sales representative in the furniture business.

And while 192.2k followers have amassed an enviable 2.1 million engagements on his content, @Yash Poppy says meeting people he has long looked up to and making new friends is his biggest accomplishment from the platform. 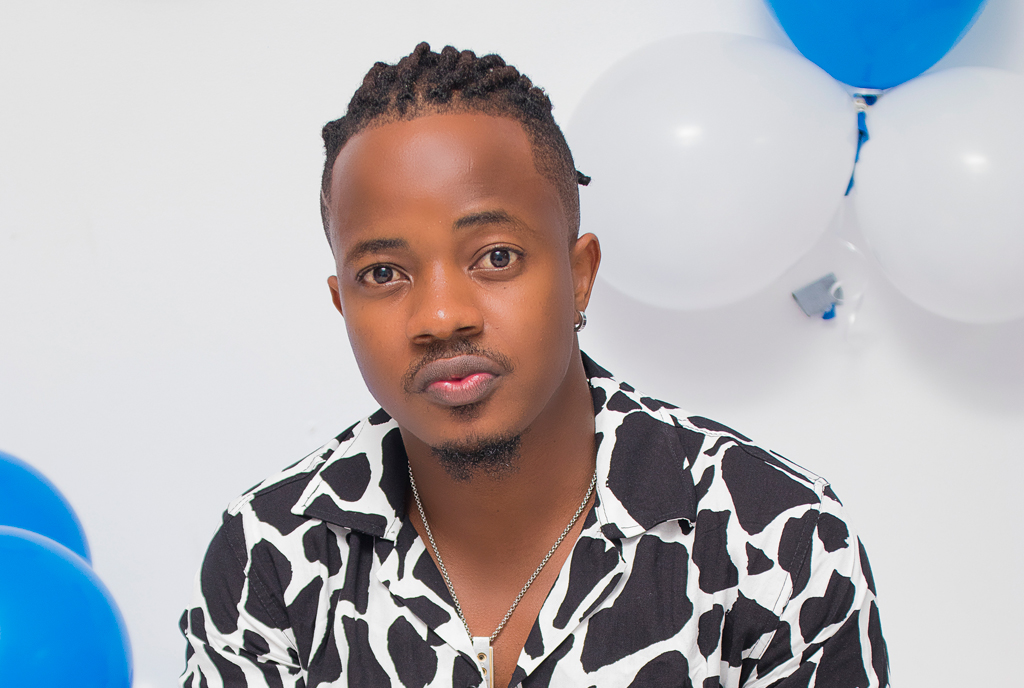 The Dubai-based 28-year-old Ugandan TikToker, like all others, joined the platform during the lockdown. And although he did not expect much from it, he has quickly become a fan favourite, with more than 2.4 million likes on his content.

His niche is music challenge videos, acting and motivational content, majorly around relationships.

The popularity he has gained on the app has also earned him endorsement deals with a number of companies. However, it is the friends and followers he has gained from different parts of the world that he says bring him the most joy. 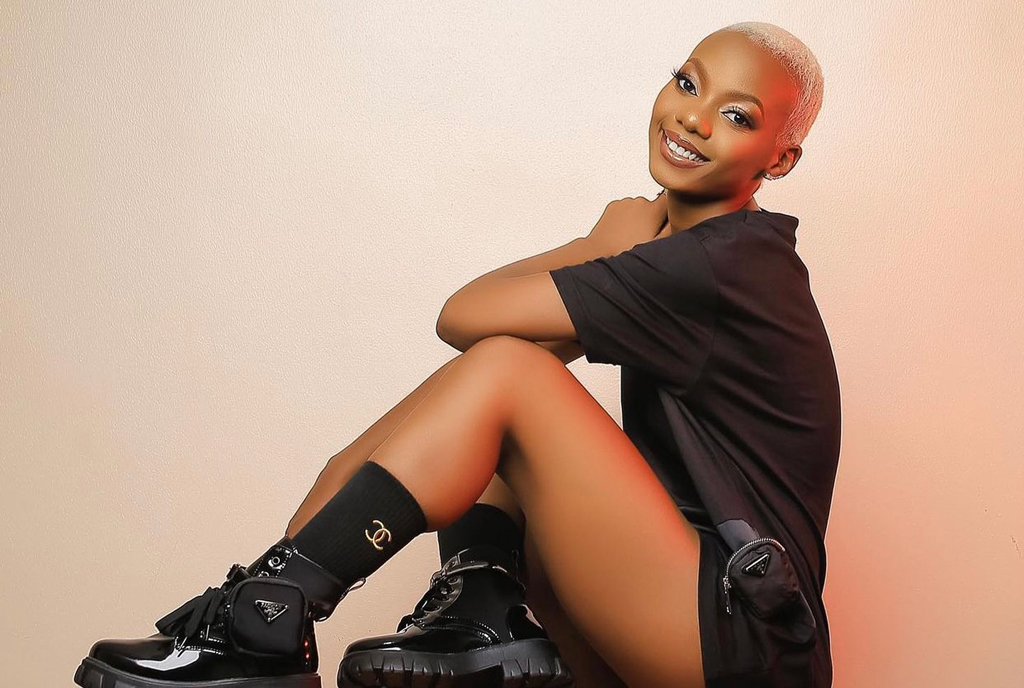 To think that we would get to a day when having a wasp waist could cause a storm is astonishing, to say the least. But for influencer Goldviv, that has not only gotten her in the limelight, it has also made her one of the most sought after TikTokers in Uganda, with a 2.1 million following. The actress famed for her role as Tyra in local series Loving Tyra, is the only creator with a verified account on this list. Her fast digital fame even caught the attention of Nigerian musical producer and star maker, Don Jazzy and Nigerian singer Ruger, of the Bounce fame.

Her niche is music dance challenges, lifestyle, and she often will serve some risqué fashion inspiration, if you are into that sort of thing.

So, ladies, in case you still hadn’t found inspiration to get those abs and waistline goals, maybe a sweep through this TikToker’s account will give you the inspiration you need.