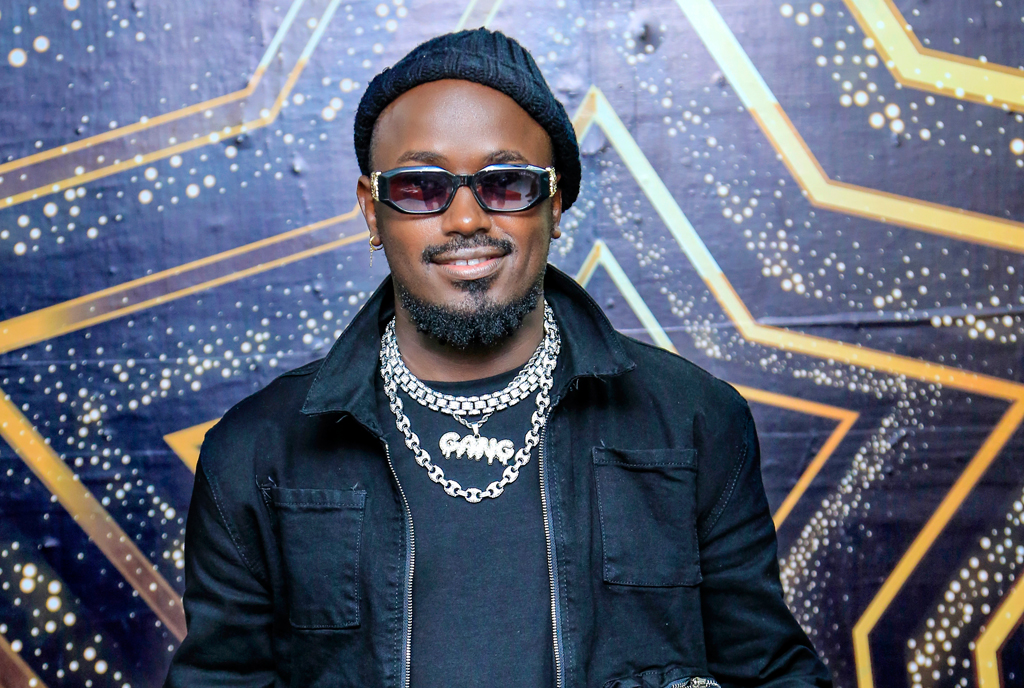 WEIGHING IN: . Artiste Wycliff Tugume, aka Ykee Benda, is among the artistes who have remained relevant even when the entertainment industry was put under lockdown. He has managed to find ways of staying in people’s eyes and ears through his works and the works of his company. But how has he been able to do this? Isaac Ssejjombwe finds out more.

The Kirabo album.
It’s been two months since Ykee Benda released his Kirabo album and so far two songs in Obangaina rmx’ and Banange ft Lydia Jazmine off that album have been released as singles with Umbrella alongside Rwandese artist Uncle Austin as the third release.
Besides platforms like Spotify among others, he also decided to sell the album on his website and a single goes for Shs5, 000 while the whole album costs shs35, 000. He says he’s so comfortable with the amount he has made so far but believes he can do better. He resorted to that amount because he wanted to make it simple and affordable.

Success of Obangaina
Ykee Benda says, growing up, he was one of the biggest fans of Rachael Magoola’s Obangaina and his team asked him to reach out to the Afrigo band artiste to see whether they could work together.
“With this in mind, I decided to reach out to her and a remix was made. Asked why he didn’t feature Magoola on this song to give it more appeal, Ykee Benda said it never crossed their minds. We went back and forth on the song telling me my Lusoga here is not perfect, the bass, until she felt it was perfect.”

He also believes he did justice to the song but says no one can please everyone. “The sooner you make peace with that, the better. I saw the backlash but there was love also so I decided to take the love route.”
However, he says that people comparing both songs should know that the two songs were done in totally different generations. The original doesn’t have a video and was basically promoted on radios yet the remix comes during a time when there are more avenues like digital platforms and more media platforms.

Can you get a return on investment in music?
“Music is a different venture because of the time factor,” Ykee Benda says. He says he has invested close to Shs100m and so far made about a quarter of that amount but he’s so optimistic that in the long run, he will even make much more. “I will make even more because there are many platforms like Spotify that I earn from, and people are consuming music much more digitally. This is the best time to be a musician if you can maximise your potential on digital,” He says.

Lessons from Covid
The Singa artiste says they faced a lot of challenges especially in the first lockdown which caught them unawares but they found gaps that needed to be filled in the corporate business and they acted upon that.
“Being pinned up on a billboard is a good deal for Ykee Benda but not for Mpaka records because the record label has employees who need work. Some came as dancers and are now photographers. We had to reinvert ourselves,” he says. For this reason, Ykee Benda negotiates more as Mpaka Records and not as an artiste.

He also says he read a lot so that he could learn more about business and leadership and that paid off as he’s now spearheading the endorsement deals for different artistes through his Mpaka records company. So far he has managed to make deals for artistes like Lydia Jazmine and Sheebah, among others.
Besides being in audio production, Mpaka records does talent management and runs Mpaka links, an agency among others.

The ongoing rift between artistes and media personalities
Three TV presenters were imprisoned by an artiste and this has further escalated the conflict between artistes and Journalists but Ykee Benda believes every party should take its responsibility because at the end of the day, everyone needs the other. “Refusing to apologise when you do wrong makes matters worse. And to artistes, there are things we do for showbiz that might not only annoy a journalist but the fans out there. We provoke people unknowingly and we give leeway to journalists to produce these stories. However journalists should also make stories with facts,” he states.
He further adds that TV programme ratings matter a lot but the presenter is required to present the show with facts because viewers do not want a presenter who is unprofessional.

On management
According to Ykee Benda, the most important thing in management is team work. The artiste makes his contribution and the manager should also bring something to the table. But most importantly, what is something different that the manager is offering?
“How is the manager improving me as an artiste? His job is beyond picking up calls and telling people about my rate card because that shows you are my agent.”
He adds that managing means setting up studio sessions, picking up tracks, doing extra things to make the artiste stay on top and relevant.

TITBITs
Boy so tender: Born in 1991, Ykee Benda is a Chemical engineering graduate who followed his passion in music. He started his music in 2016 and “Ykee” is the short form of Wycliffe and Benda is a synonym for Blessed Every Night and Day Amina.
His MunaKampala song which was his first was done from an Instrumental Radio and Weasel used from Gyptian’s Hold You track and he recorded it from a small studio in Algeria.
He is one of the founders of Mpaka records, a record label that also signed Dre Cali.

The winner: In 2017, he made his debut on Coke Studio Africa in the Big Break Segment, performing with Zimbabwean musician Jah Prayzah and Mozambican singer Mr Bow.In 2018, Ykee Benda won the African Newcomer artiste of the year at African Muzik Magazine Awards.