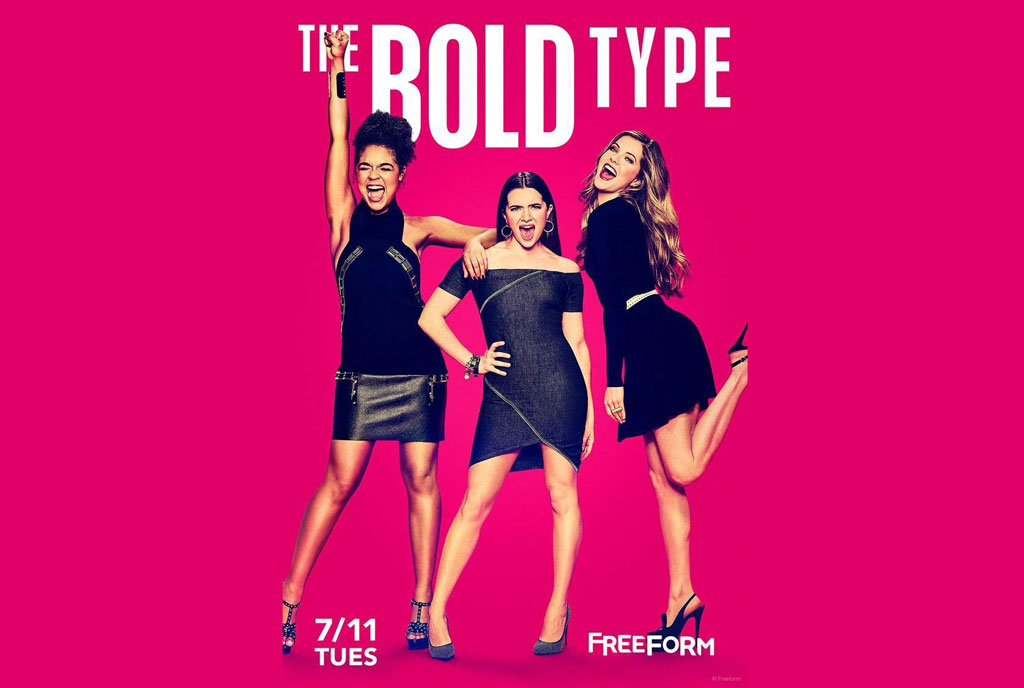 The Bold Type is an American comedy drama television series based on the life and career of former Cosmopolitan magazine editor Joanna Coales, who is also executive producer of the series. The series stars a bunch of upwardly mobile and stylish young men and women from diverse backgrounds   working at a high end women’s magazine; Katie Stevens as Jane Sloan a writer at Scarlet magazine, or tiny Jane as her co-workers refer to her; Meghann Fahy as Sutton Brady-Hunter, an assistant and later stylist at the magazine, Aisha Dee as Kat Edison, a social media director at the magazine and Melora Hardin as Jacqueline Carlyle, editor-in-chief of Scarlet magazine, among other members of the cast, who are mostly members of staff at the magazine or their spouses and partners. For the politically conscious, this series tackles many of the key questions of the day in American society; from race relations to gender issues and everything in between. If you love good clothes, you will adore the series. I have to confess, that is one of the reasons I have watched it all the way to Season 4 on Netflix. I have seen mention of the fifth season, which is sadly not on Netflix at the moment.