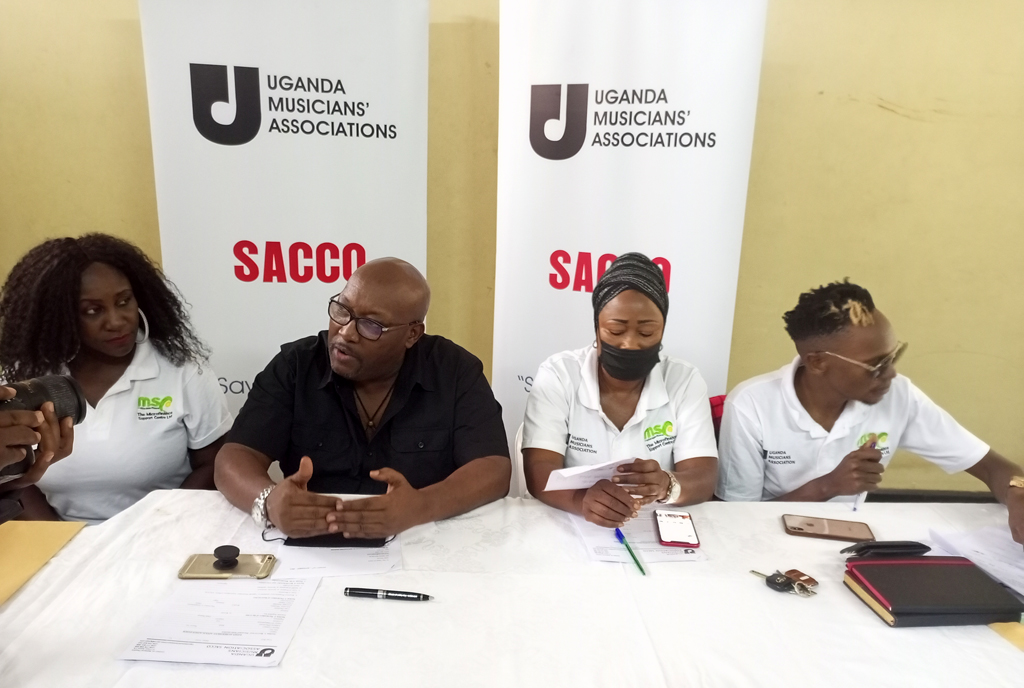 Rucci explains that being a unique sector, musicians don’t earn salaries and operate on earning through performances. The Sacco comes to their rescue in the middle of a pandemic.

The Uganda Musicians Association has activated a savings and credit scheme commonly known as a Sacco, something Isaac Rucci, the Chairman of this Sacco says everyone has been waiting for in a very long time.
Being among the most hit sectors, the music industry through the Uganda Musicians Association sacco received a grant of Shs100million to help them grow and learn a saving culture.

Being a unique sector were artistes are not salaried and operate on earning through performances, it became difficult for them to operate the way they would have loved to.
“We were stuck with 100 million that we couldn’t lend out because artists were not saving and didn’t have shares yet usually we have to loan you against your shares so we found ourselves in a predicament,” Isaac Rucci said.

He added that through the training they have been getting from the experts in that field, they were told that if a sector is unique, they can tailor-make their own products because Saccos are about products. “So we thought and developed a product that would be able to help the sector without any savings and that was the formation of the ‘One size fits all’ which means we had to invite all our members to come and borrow 1million shillings and after borrowing, they have to buy shares worth 400,000. Literally, you walk away with Shs600,000 but have shares in the Sacco worth Shs400,000 and with a grace period of six months in which they have to pay back the Shs1million.”

To add on that, Halima Namakula, a board member in the Sacco says that 100 million is not so much but it’s enough to get them started.
“Shs100million is not much but the Sacco is for investing, getting loans and then paying back. Interests and registration with shares.,the money will increase and those who borrow have to bring interest.”

Qualification of getting more than Shs1 million
Besides the ‘One size fits all’ qualification, the Sacco allows artistes to even ask for more than the shs1million but there are some requirements.
One has to be credit worthy, must have the capacity to pay back, must have character and has to follow the conditions given to him but most importantly, has to have collateral worth more than the amount paid and if one fails to pay, the collateral is repossessed.

Qualifications to enter the Sacco
You have to apply by paying the registration fee, save and then buy shares. Those are the three elements that qualify someone to enter the Sacco which so far has 100 artistes who have registered.