Artiste gives back to Katanga

Covid-19 and its related effects left many Ugandan homes lacking. With many bread winners unable to fend for their homes, some had resorted to begging. 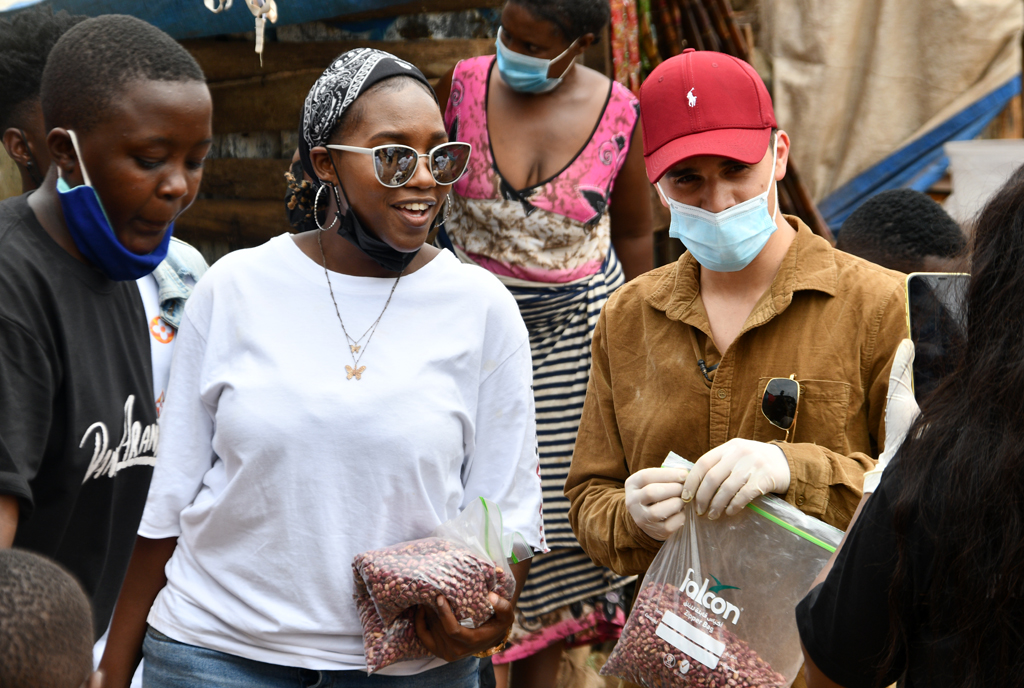 Aranga is joined is joined by friends to help those in need in Katanga. PHOTO/Edgar R Batte.

“There’s a level of understanding of life I see here that we don’t have in Australia, perhaps we’ll never have. Being here has allowed me to appreciate life a lot and to see that people are good, deserving and creative,” says Australian-born artiste Daniel Aranda.

Aranga is in Uganda to do music, in fact, he has so far collaborated with artistes Bruno K and Daddy Andre on a song, Mama Africa. It is a love song dedicated to a woman who embodies beauty, love and the soul of Uganda and Africa.

But it is not the first time that Aranda has visited Uganda, in 2019 while in the country, he was joined by a few local artistes to put up a performance in Katanga slums.

He had always wanted to visit the continent and get to learn about its musical culture.

“We decided to play a show here (in Uganda) alongside Maurice Kirya in 2017. It was the first time and now they can’t get rid of me. I keep coming back,” he explains.

Along the way, he met Edmond Tamale, a documentary videographer who runs Hope for Kids Katanga Project in the Katanga slum where he performed and got to see, feel and interact with the children and residents of the area.

He was touched. “I fell in love with the people and Katanga and as long as I am alive, I am going to be coming here at least every year to help,” he says.

Aranda says they would like to source funds and improve the quality of life in the area and other parts of rural Uganda.

Because of the Covid-19, the creative economy like many other sectors have been locked down for two years. This means that people in less privileged areas such as Katanga can’t easily get by. Last week, he joined some of the local leaders to deliver relief to people affected by the lockdown.

According to the Local Council (LC) 1 chairperson, Busia Zone in Katanga, Abdu Ssekajja, the lockdown has adversely affected residents in the slum who largely earn their source of livelihood from doing menial jobs in and around Kampala Central Business District (CBD).

“Poverty came biting so hard that many families could hardly afford a meal. Some often came to our administrative office seeking help to sustain their families. It has been hard for us as leaders too. We could only share the little we had on days when we had something to share,” Ssekajja adds that Aranda’s compassionate undertaking is much appreciated.

The Australian-born pop and rock artiste was in company of female Ugandan singers Karole Kasita and Martha K. For several years, he has been based in the United States but has since travelled abroad for a number of large-scale charity projects, mostly in East Africa.

The artiste has in the past worked, recorded and toured with members of renown band Beach Boys (USA) and American based Nigerian artiste Jidenna.