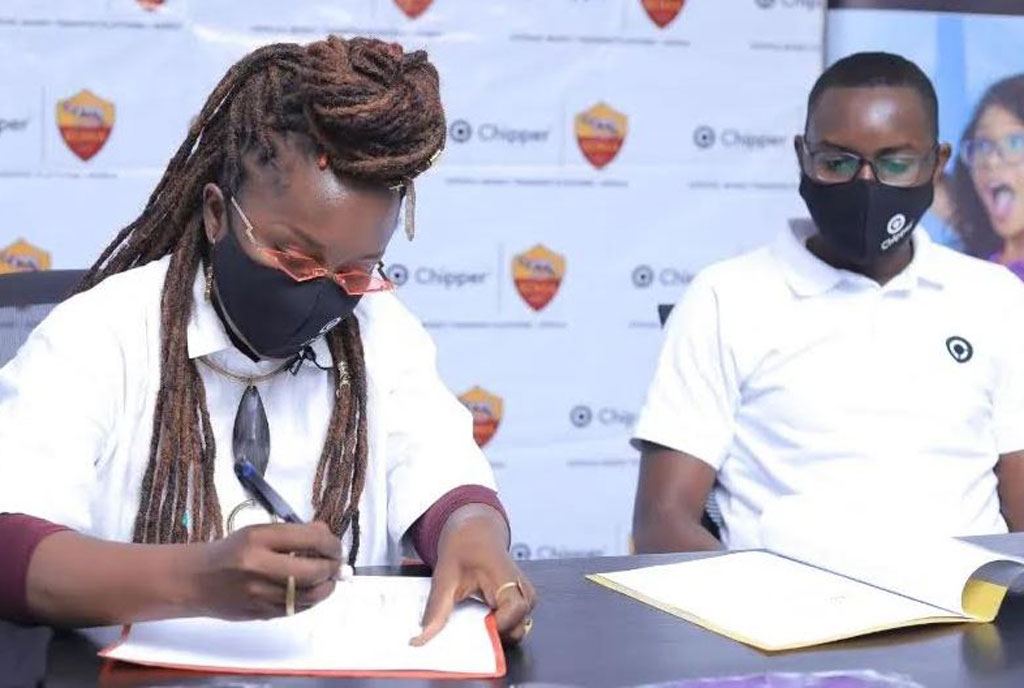 Comedian Ann Kansiime is among the most followed comedians in Uganda and her fan base boasts of people from Africa and the worldover.

With this huge following, Kansiime is always trusted by companies and a few days ago, she received another endorsement deal from Chipper, a digital money platform that is used for sending and receiving money.

“I’m so glad to be part of Chipper cash. The era we are in is one to be mindful of people around us and share the little we have with those in need. What better way than with Chipper Cash app which allows you to send and receive money flawlessly from friends and relatives anywhere. I’m certain that our relationship with Chipper is going to be for eternity,” she said during the unveiling.

Adding to that, Dan Tumuramye, the Chipper Cash Country Manager said, Anne Kansiime has a vibrant personality. She is also one of the few entertainers in Uganda that speaks to audiences beyond borders which aligns well with their expansion policy which centers on building strength across Africa.”

Anne Kansiime has been signed on for a 3-month campaign during which she will promote the brand online and encourage adoption of the app among her fans. The comedienne becomes the latest celebrity to endorse the financial brand, following in the footsteps of singer Faridah Nakazibwe and Spice Diana.