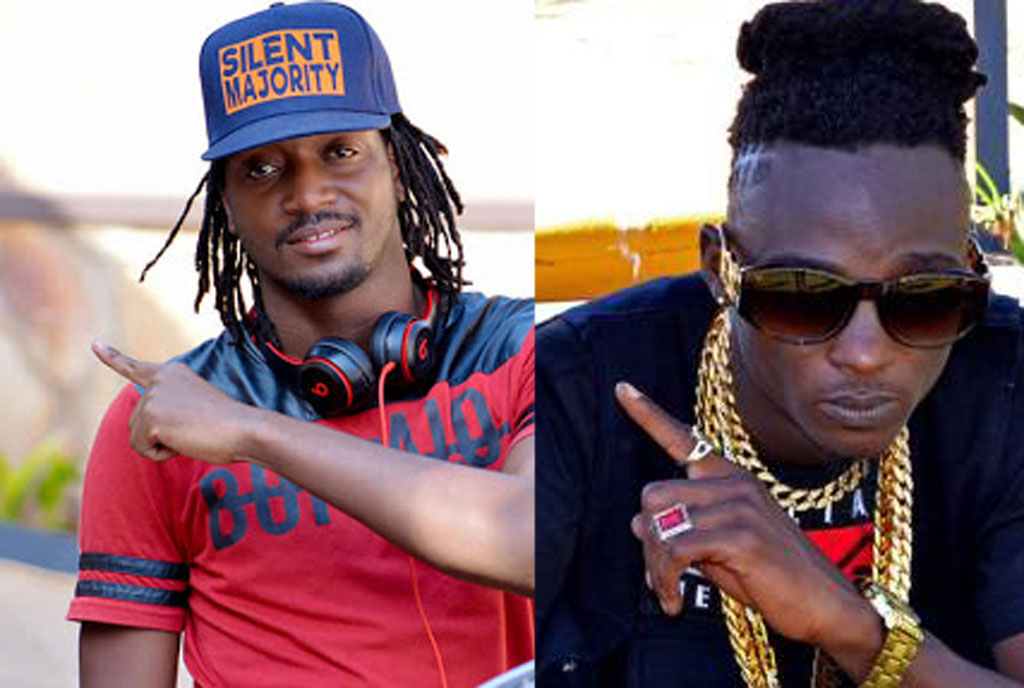 Recently Bebe Cool’s son Allan Hendrick alias Paper Daddy released a single titled ‘We Are Tired’. Singer Kalifah Aganaga immediately took to social media after the release of the song and posted an open letter to Bebe Cool. In the letter, he cautioned him to stop his son from singing Reggae arguing that it’s outdated.

Hendrick spoke up about his nemesis always questioning his talent and criticising his work. In a recent interview, Hendrick noted that has no reason for the continuous insults against him.

“I don’t know why he attacked me. You might want to ask him because I don’t know his motive. He is my friend and we talk a little. The difference between us is that I’m real. I’m a person who tells you the real things and has little interest in pulling stunts,” he said.

A while ago, Aganaga mocked Allan noting that he can write him good songs that could make him shine.

Reacting to Aganaga’s remarks, Allan claimed that he was using his name to seek media attention, adding that if he (Aganaga) is interested in doing, he should reach out to him privately.

“I don’t have issues working with him though I can’t work at his pace of attention-seeking through the media. Work relations don’t just start with writing for me or collaborating with me. We can do other business because we are both in the arts industry. He should stay away from familiarizing and looking for attention using my name,” Allan said.