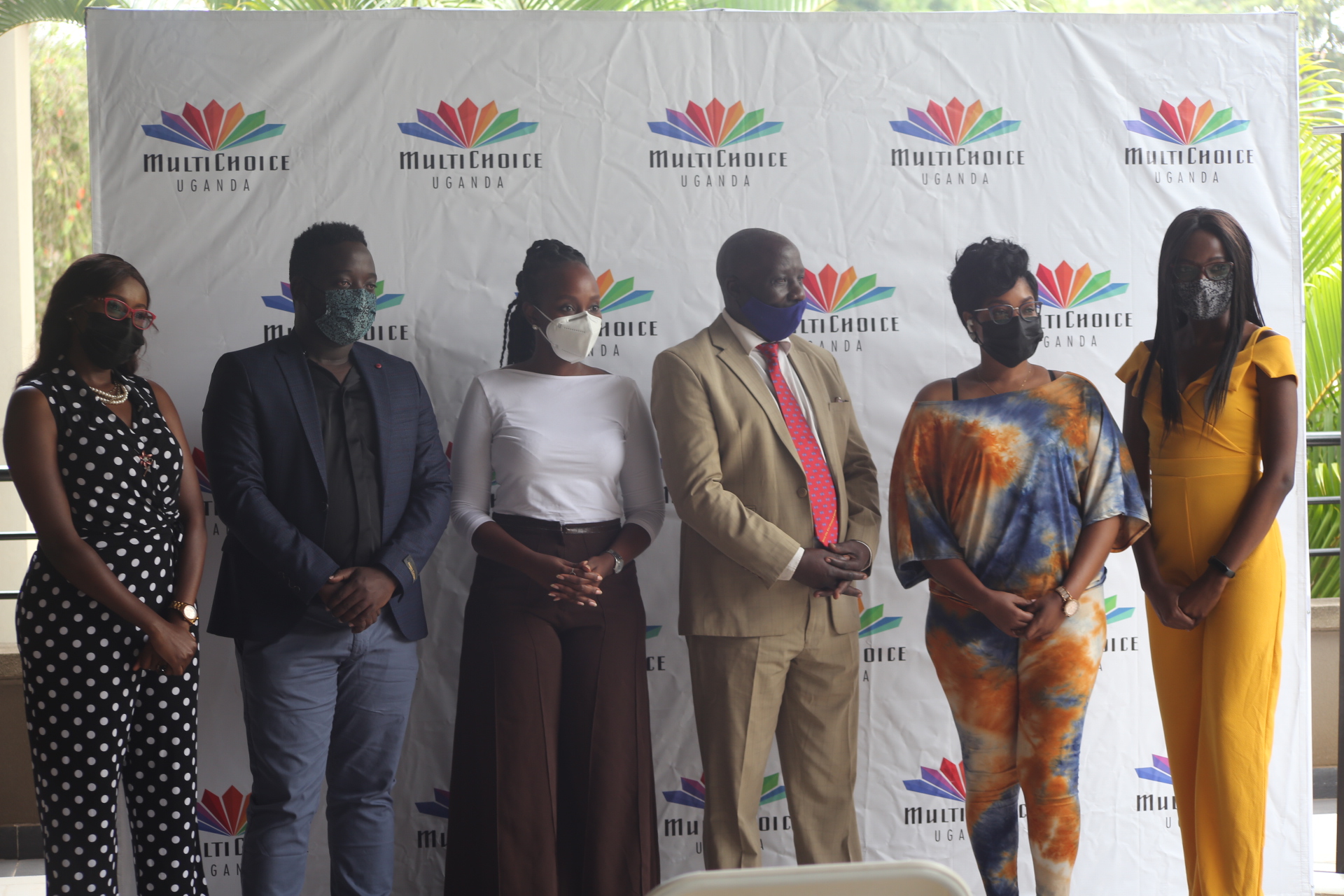 Part of the Chapterz cast during the drama launch at the MultiChoice offices. Photo/Andrew Kaggwa

It is hard talking about Ugandan theatre without mentioning the contribution of Bakayimbira Dramactors.
With wit and acting talent at their disposal, Bakayimbira did not only create celebrities but contributed to Uganda’s narrative with productions such as Bukedde Banyanike, Kigenya Agenya, Vanessa Nw Tito, Akakomo and the HIV awareness drama Ndiwulira.
As Uganda approached the new millennium though, Bakayimbira revisited themes on HIV/Aids and blessed their audiences with yet another play, Ekirya Atabala – the play looked at how decisions people make could affect tham as well as their innocent loved ones.
The show was popular on stage that often the group brought it back with a different cast.
However, more than 20 years since the play made its stage bow, its story is getting a second chance to impress – of course, this will not be happening on stage like the former, but on TV, in form of a TV series, Chapterz.
Chapterz is a new production that premiered on Pearl Magic Prime a week ago – the family drama that seems perfect until we start learning little secrets about them that by the end of the first episode, the stage has been set.
Talking at the media launch, producer and show creator Rhonnie Nkalubo said Chapterz lifts a veil off a certain Ugandan society, he gives an example of secluded posh homes that most people believe have it all.
“Each episode of the show has hidden chapters and verses,” he says.
Nkalubo is not a new collaborator with Pearl Magic. For instance, he has in the past worked closely with John Ssegawa, the producer of The Honorablez, which also airs on the station and he is the producer of Half London which stars Aisha Komuhangi, Allen Musumba and Andrew Benon Kibuuka.
Familiar faces
Some of these actors appear in Chapterz and Nkalubo says there is no conflict in production schedules for these actors, considering the fact that Half London is almost nearing its final episodes.
However, unlike Half London whose situations addressed an ordinary citizen, Chapterz tries to appeal to different people and their differing backgrounds.
And, of course, to ensure that he doesn’t have the same faces like TV producers have been accused of, Nkalubo tries to bring onboard faces that have made much of their mark on theatre than the screen.
This show, for instance, brings actors such as veteran stage actors Damascus Ssali, Henry Mpinga and Eron Ntuulo alongside Laura Kahunde, Cynthia Mutoni and Farooq Mutebi.
He says, in the early stages of production, he had to seek permission from Charles James Senkubuge, the playwright, for his blessing to do the adaptation, “When he appreciated the pilot episode, it was like a green light for us.”
Chapterz airs on Wednesday and Thursdays.
akaggwa@ug.nationmedia.com

In this article:artistes, awards, entertainment, featured