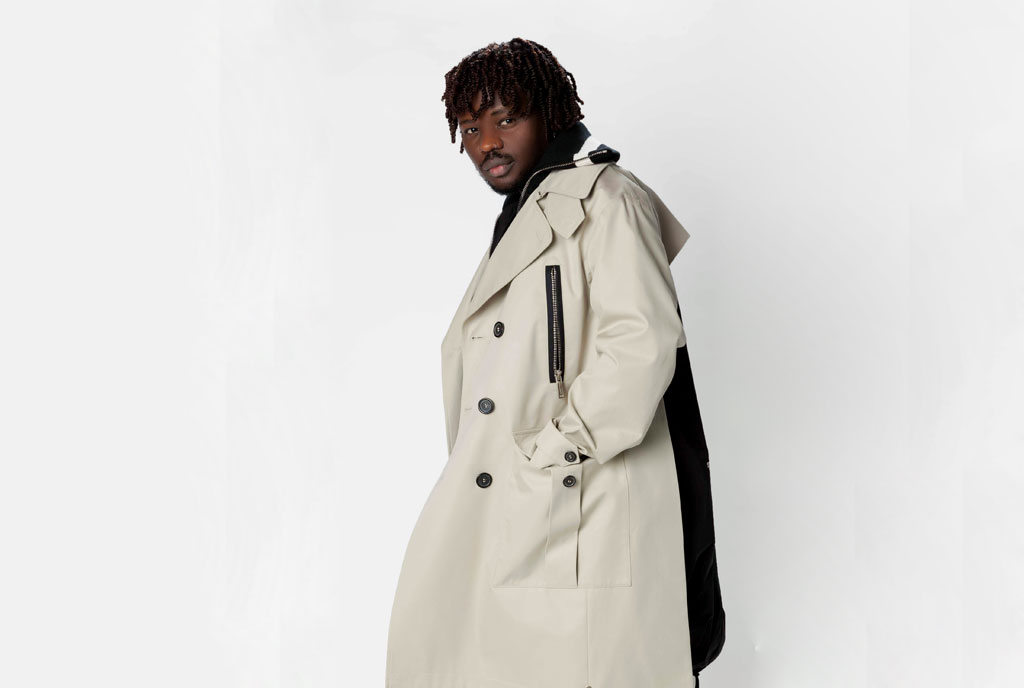 Abryanz: From vending clothes to styling celebrities, in 10 years he has morphed into producing his own branded items.

10 YEARS OF ABRYANZ: The story of Brian Ahumuza, aka Abryanz, is not new to us but from humble beginnings as a clothes vendor, the self-made celebrity stylist has now turned 10 years in the fashion business. To mark the celebration, he released a new collection dubbed “Like No One is Watching” and Maxela Mugisha caught up with him on the milestone.

Well, just like any business, there have been ups and downs, a lot of lessons but to simplify it, it has been a lot of growth and learning.

I realised what I wanted and I worked on that. I knew I wanted to do fashion and so each year I would become better at it. I just looked at what I did not do well the previous year and worked on it instead of trying out something else. I used every challenge to become better.

Did you ever get to a point where you wanted to close shop?

That happened about three times. I told myself enough is enough, but this was mostly with the award show (The Abryanz Style and Fashion Awards (Asfas). In 2016, the show became overwhelming, too much pressure, a lot of money was spent, and I got into debt so I told myself that I wasn’t going to do it again. However, I didn’t tell the public about the decision so people kept asking me if the show was coming back. Positive reviews kept coming in and before I knew it, I was back at it. With business at times I do have bad years, for instance, last year when Covid-19 ravaged the country, it was a really bad year but at the back of my mind I knew it would pass. 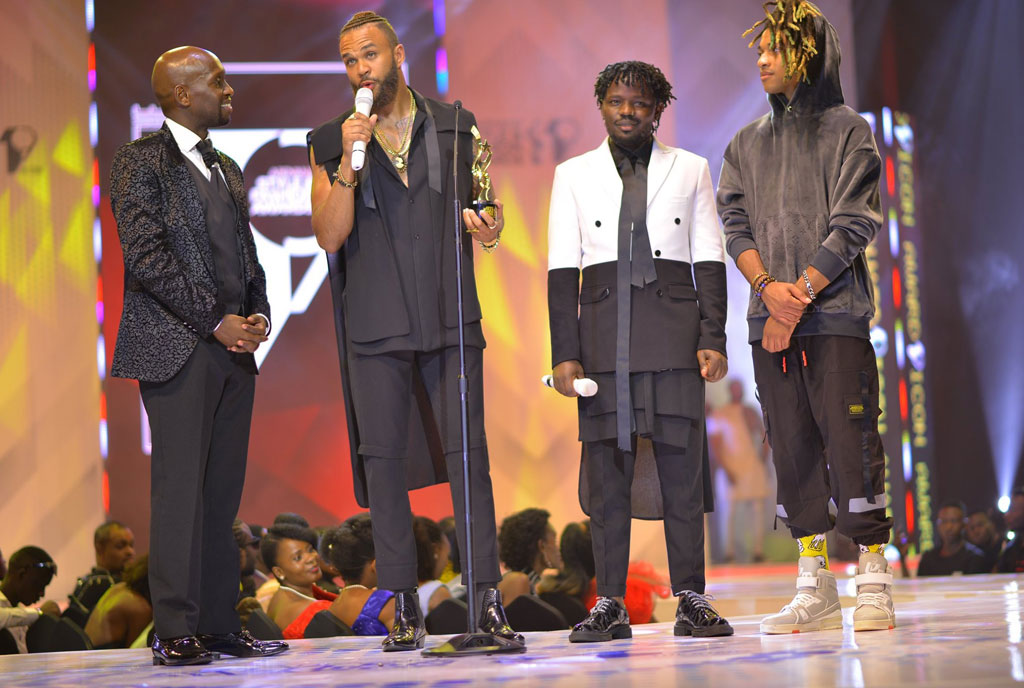 Speaking of the Asfas, in 2019, the awards ceremony was well attended, how did you feel after wanting to back out in 2016?

If you remember too well, the 2017 show was also good. It featured Mafikizolo and was our first big show and it is the only show I can compare to 2019. So after 2017, I told myself that with what had happened there was no quitting. 2019, however, was different – it was a dream come true. Talent Africa came on board as partners, which meant they took part of the financial burden from me and I just had to focus on the creativity part. So after last year I realised that it is just about being patient and getting better at what you do. I do not think I will ever think of quitting again, no matter what I go through. I will always look at what I have achieved. 2019 opened up so many doors for me; sponsors were calling after the show. Fashion is now being taken seriously and understood and not just being appreciated.

You talked about creativity, is it the same year you came up with the Abryanz branded tees? What inspired that?

I have actually always wanted to be asked this question. When I started the Abryanz brand, I had been in business for about seven years, which means this is something I should have started in my first or second year of business. So many people have done that but I feel that it isn’t right as one needs to take time and study the market. So after eight years in business, I felt that I had built a brand that a certain percentage of people would be proud to wear. That is why when the T-shirt was priced at Shs75,000, people still bought and wore it. However, I had a dream of having my own brand because I was never content with selling other people’s brands. It is something I have always wanted from the start but I wasn’t ready.

This year you came back with the ‘Like Nobody is watching’ line. Were the T-shirts that successful such that you felt the need to do more?

All I wanted was to make something that someone outside Uganda would identify with as a Ugandan. So when I did the Abryanz T-shirts, I was not sure what to do with them. I did not know if I was going to sell them or give them out to my clients as a bonus. The first 50 pieces I made were lying in my store for a while as I contemplated what to do with them. One day, my brother-in-law walked into the shop and saw the T-shirt and liked it. He asked how much it was because he wanted to buy it as a present for my sister since it was her birthday. Honestly at that point I was not sure how much to charge because I did not know whether to sell them or give them out. I just told him 75k and he bought it. I looked at how excited he was while it was being packed and it impressed me how special he considered the T-shirt. At the party, my sister came wearing the T-shirt and everyone was asking how they can get one. That’s how the brand kicked off. The second brand was the Crested Crane with the Uganda Airlines to celebrate its return, though it was a limited edition. After that people asked me what was next, so during the first lockdown, I started thinking. If it was not for Covid-19, I don’t think this line would have been born because I would be busy with the Asfas.

How has the brand been received?

We just released a few pictures after the launch and the internet was buzzing about it. It was really well received and for the first time we have something for women. I did this because I have clients who are women but ended up buying men’s clothes just to support me and have my touch so I did this for them, the underwear and tracksuits, and they are literally flying off the shelves.

Do you see this store selling only Abryanz brand some day in the future?

I would love that but I do not want to limit myself. However that would be a dream come true, depending on how Ugandans perceive the brand and take it on. In the past 10 years, it has been my clients and Ugandans pushing me to the next level. I am in no rush because I do not want to wake up, change everything and the next thing I know, it was a big mistake. So I will take it one step at a time.

Ugandans have a way they perceive fashion and designers, most times your style raises eyebrows. How have you dealt with that?

I think I am one of the people in this industry that has been put down the most but at the same time been supported so much and without that support I wouldn’t be where I am today. That said, I have never really been understood by many. I am a very positive person and I never let negativity get to me. Back then, I would cry at every mean comment but that was not helping, so I learned to be positive. I also realised that most of the negative people are actually not half the person I am, so I just pay a deaf ear because I know that is not my target market. 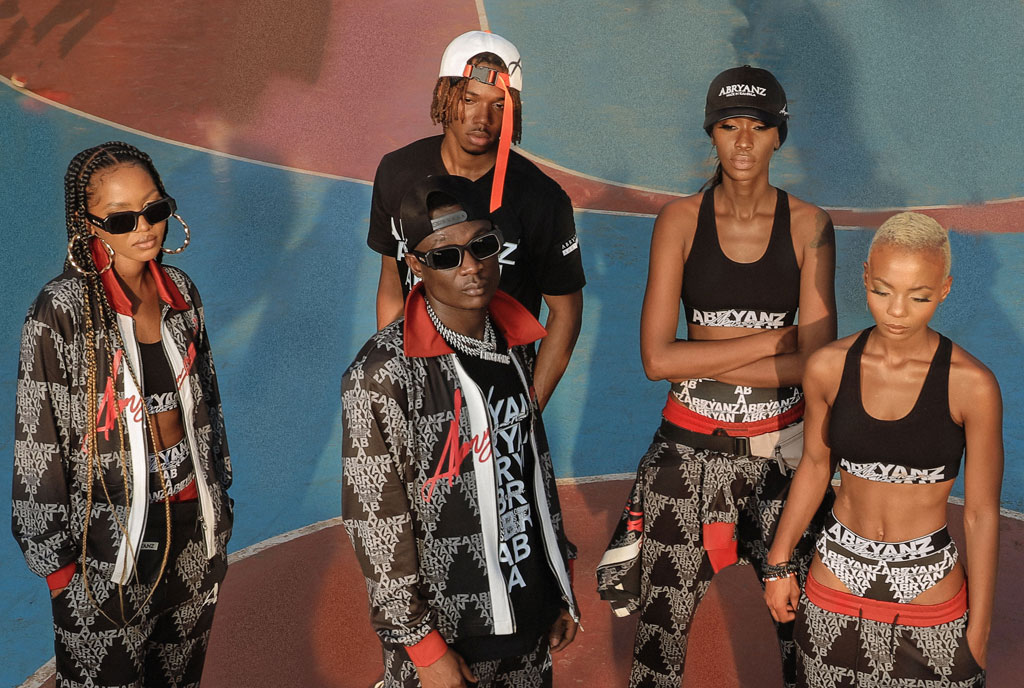 You anticipated that 2020 was going to be the biggest year for the Asfas but they didn’t happen because of the pandemic, so what has been your experience with the pandemic?

I will say this again, the lockdown was a blessing in disguise. First of all, I got forced leave, and I have worked for the past 10 years nonstop so this was good for me because everyone needs a moment to stop and think and reflect. Secondly, truth be told, I needed a break from the Asfas. I have done it for seven years constantly, all big shows take breaks but when you do it in Uganda people put a lot of pressure on you. They will not understand that you have taken time off to come back better, they will think you have run broke. Lastly, I would never have this collection ‘Like Nobody is watching’ if it wasn’t for the lockdown.

So, will the Asfas happen again?

The Asfas are not designed to be a virtual show for a few people. The costs will be high because it is not a show you can invest in to have 50 people live because you won’t get the money back. Ugandans and TV stations haven’t valued content on TV, here they give airtime but don’t value content. However it is not something you just jump onto as it requires a lot of preparation.

What challenges have you faced in the last 10 years?

The biggest challenge has been building a strong, sustainable and reliable team. With the work ethic of most Ugandans, it has always been hard to get a team that understands my vision and dream and bring it to reality. I have, however, learnt to work around it over the years and I have managed to build myself a good team. The other challenge would be Ugandans not understanding the fashion industry. The industry was seen as a woman’s thing so making people understand that fashion is business and a big industry was so hard.

What mistakes have you made along the way?

My biggest mistake is me being the Face of all my businesses. If I had known earlier, I wouldn’t have. If I am not around, some things do not work out. My team and I are, however, trying to fix it and we are getting there. I would love it for people to come and buy clothes or attend my event because they are good not because Brian is around.

In 10 years, you must have achieved a lot.

I always speak about public achievements, so I have grown my business from a cloth vendor in Owino to a brand that many people such as ministers and influential pastors can associate with and endorse. Then I have the Asfas, a fashion show that people from around Africa appreciate. Every time I talk or see people talk about it, I feel proud. It has changed people’s lives, especially young models and fashionistas.

People dream of being on the Asfas stage and that to me is fulfilling. I have won awards, so many recognitions, endorsements, yes I am happy.