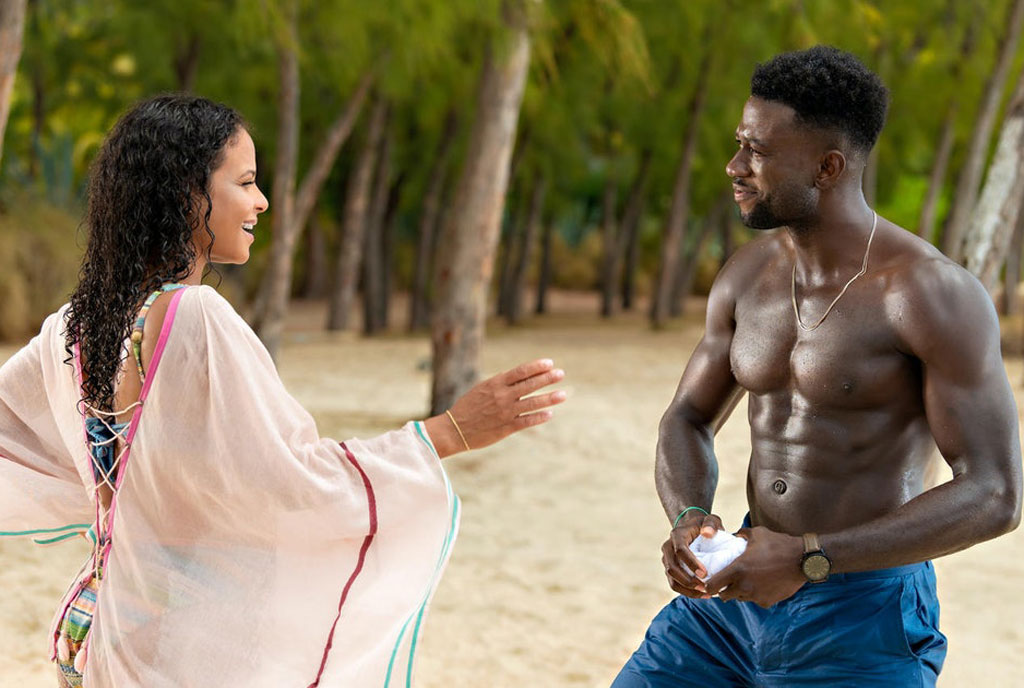 Before we even get into the movie, anyone noticed a pattern here? The last Netflix movie we saw Christina Milian in was Falling Inn Love, a movie with a cheesy but cute word play title. Her latest movie, Resort to Love is just as cheesy and I am curious about whether this is a trend we should expect from future Milian + Netflix movies. Part of me wants to see how far they would go with it while the other half feels like it might gag at the cheesiness. Back to business.

Resort to Love is also a play on words since Milian plays Erica, a pop star whose career is not going as swimmingly as she would like. She gets a gig to perform at a resort in Mauritius – as one does. Turns out that the groom-to-be at the wedding she will be performing at is her ex-fiance. So there she is, trying to keep this detail from the bride-to-be, catching fresh feelings for the ex, and ignoring advice from the ex’s brother. Just the right drama you need to make what is really a predictable storyline interesting enough.

The acting is as chill as is warranted, although you are likely to roll your eyes or make heart eyes, depending on your romance-o-meter. What I was looking forward to the most was the music because Alicia Keys is the producer. Maybe that was just me being stereotypical but you cannot blame me. I’ll let you be the judge of it. If rom-coms are not your deal, there are a number of ol’ time favourites going online this week.