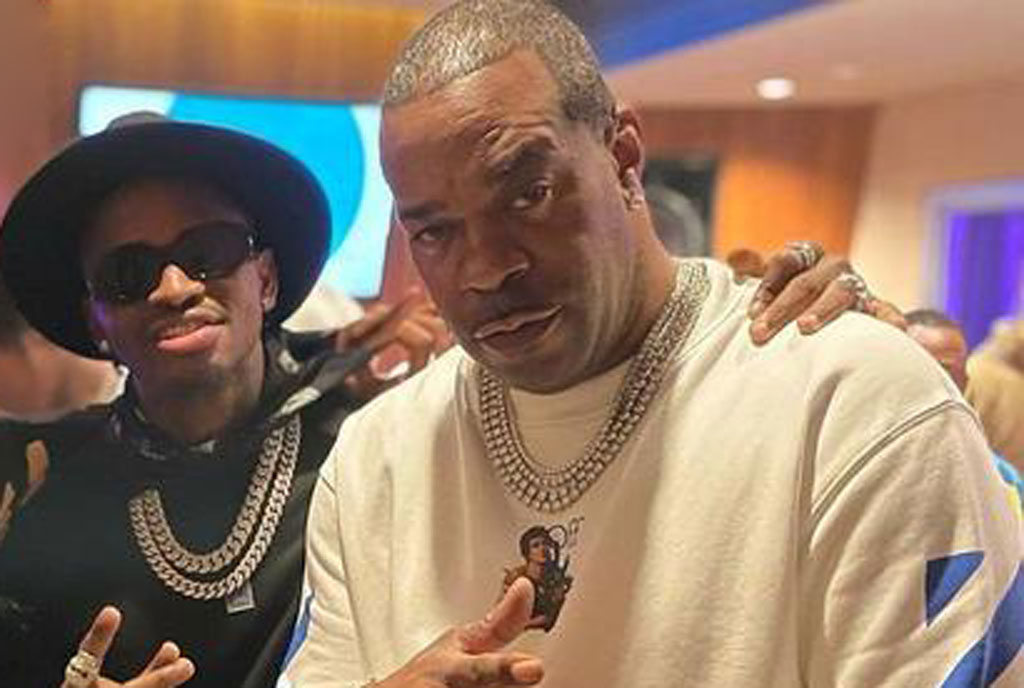 American rapper Buster Rhymes has heaped praise on Tanzanian singer Diamond Platnumz, even referring to him as the African Micheal Jackson. The two renowned singers had linked up for a session at a recording studio owned by producer Swizz Beatz of the famous Ruff Ryders’.

In a clip that the rapper shared on Instagram, he can be seen chatting with the stars in the studios where he crowns the Baba Lao singer as the African ‘Michael Jackson’ “Let me Zoom in to the Michael Jackson, African One, Diamond Platnumz let’s be clear, he is danger for real,” says Busta in part of his address. “Danger I’m telling you,” replies an elated Diamond.

The Tanzanian singer who was nominated at the just concluded BET Award for Best International Act alongside Aya Nakamura (France), Emicida (Brazil), Headie One (UK), Young T & Bugsey (UK) and Youssoupha (France) and lost to Nigerian Singer Burna Boy at the Microsoft Theater in Los Angeles is not letting the loss dampen his spirits as he gears up for the much-anticipated collaboration.

This will be his second time working with Swizz Beats who is married to R&B singer Alicia Keys. The Grammy award-winning American musician Alicia Keys featured the Waaah hitmaker in her ‘Alicia’ album last year and had nothing but praise for him.

In a video shared by Diamond, Alicia described Chibu Dangote as an amazing artist with a unique style, following the success of their collabo dubbed Wasted Energy. “I also love that Diamond Platnumz was part of this, an amazing Tanzanian artist who happened to come in and bless this track with his unique style. I love how the worlds collide here. This is like world music collision at its finest,” said Keys.

Her response came after she received backlash from Diamond’s fans for featuring him for only 26-seconds in the track. Her producer husband Swizz Beats defended her saying it was Diamond’s wish to be allocated 26 seconds in their song and asked the Tanzanian star to address his fans.

“My Brother 4 life. Please let your fans know you did as you pleased on the rec and this is just part 1,” Swizz wrote on Instagram. In a post shared on his Instagram page, Diamond urged his fans to stream the new album and pointed out that it was his own wish to do just the outro.