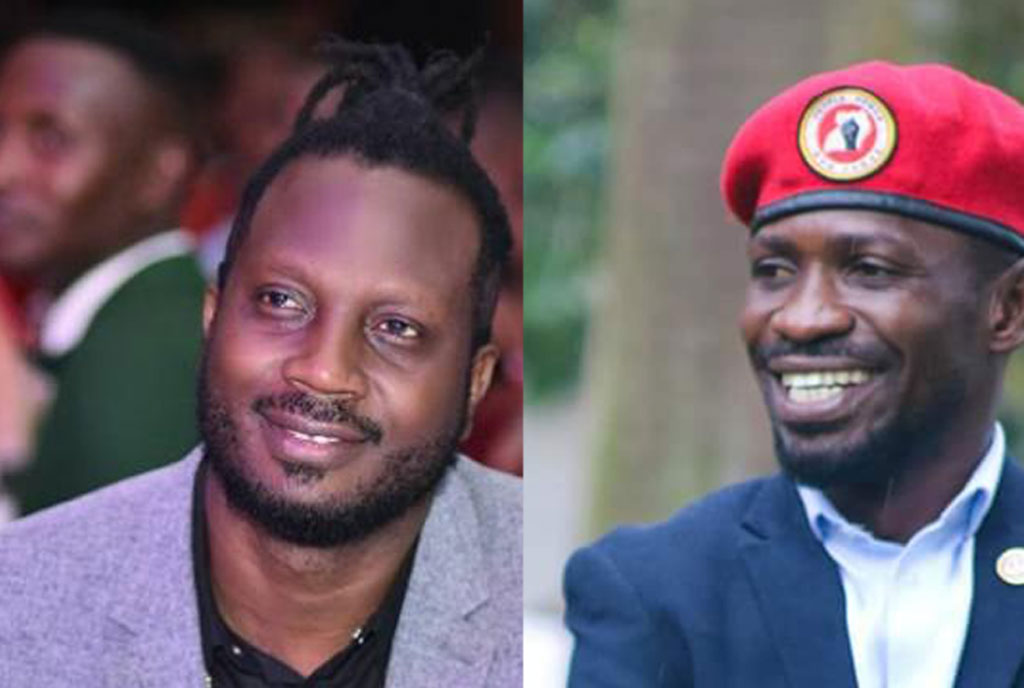 Artistes Bobi Wine and Bebe Cool have been sworn enemies for almost three decades now and the beef seems still available though not profound as in the past.

Bebe Cool and Bobi Wine together formed Firebase crew in the early 2000s to attack Leone Island boss Jose Chameleone who was musically ahead of them by far. Bebe Cool later left Firebase to form his own Gagamel crew over some misunderstandings that are not clear to date.

The musicians resorted to hitting at themselves musically although physical altercations were also involved at times. Almost two decades later, their battle has shifted from music to politics with Bobi Wine leading the opposition through NUP and Bebe Cool on the side of the ruling government, NRM.

Yesterday something rather exciting caught social media users unware. It was a video of Bebe Cool dancing to Bobi Wine and Navio’s collaboration ‘Badman from Kamwokya’ while at a house party organised at his home in Kiwatule.

This excited social media users who saw him jamming and grooving to his enemy’s song ‘Badman from Kamwokya’ with a lot of excitement.

The video has sparked discussion among fans of both artistes regarding their beef and current differences.