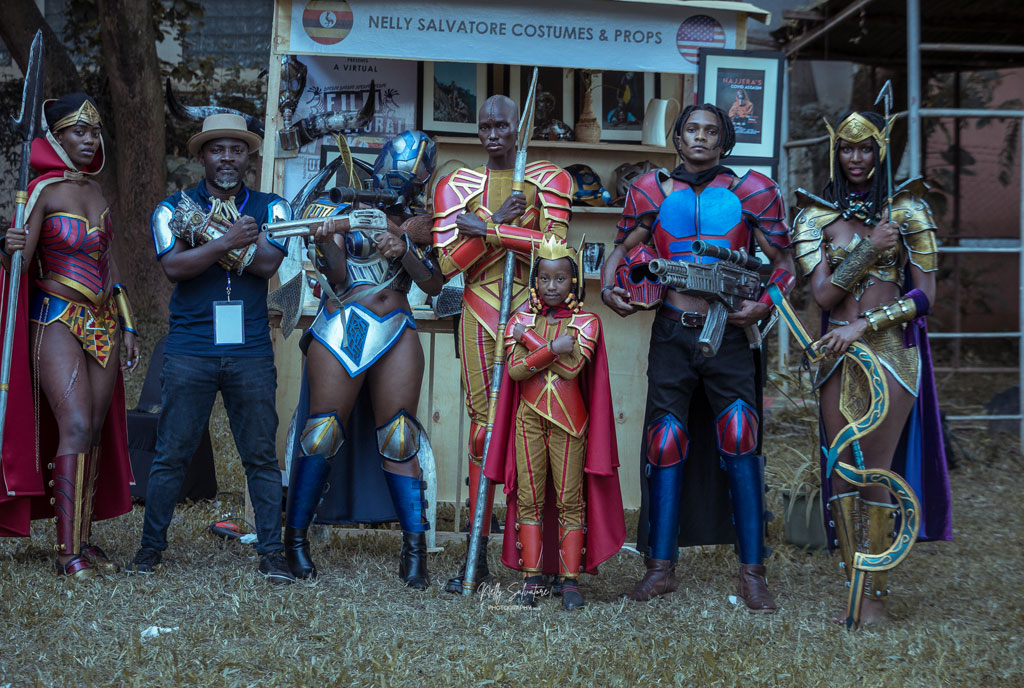 Dramatic. Salvatore says his vision is to see his costumes catch the world’s attention. PHOTO /COURTESY

Dreams: Nelly Salvatore never envisioned himself as a fashion designer and yet here he is now. An environment scientist with a passion for photography, he tells Gloria Haguma that the idea to take on fashion was born along the way as he saw other photographers morph into the same.

For anyone who is a Marvel movie lover such as myself, you know how far costume designers go when it comes to creating the most stunning and creative costumes for the film’s super heroes.

Now, one Ugandan environmental scientist is living out his artistic dreams, creating costumes which have featured on a number of productions in Uganda

Meet Nelson Byanyima, who is both a photographer and costume designer.

Tell us a bit about yourself

I am Nelson Byanyima, aka Nelly Salvatore, a costume and props designer, photographer, environmental scientist, and clean energy consultant.

What was your introduction to the world of fashion?

I studied fine art during my secondary school days, so I always had talent in art and design. I used to do a lot of textile printing for other students, especially during my Senior Six vacation (2008). I used to charge students around Shs30,000 per piece.

By the end of 2019, photography in Uganda had started growing so fast and becoming very competitive. I sat down and started thinking about something that could make me stand out from the many photographers on the market.

In February 2020, I started doing research and realised that most photographers that have had their work stand out, do fashion-styled-themed photography. That is when I decided to do storytelling kind of photography that has great creativity using costumes and props. I embarked on YouTube and Google and landed on a costume style called steampunk, a costume style that features in movies such as Mortal Engines, Mad Max, etc. I expanded my research and my scope grew bigger from steampunk, cyberpunk to Afrofuturistic fashion as seen in the Black Panther movie and others. Within three weeks I had successfully made my first prop and costumes. 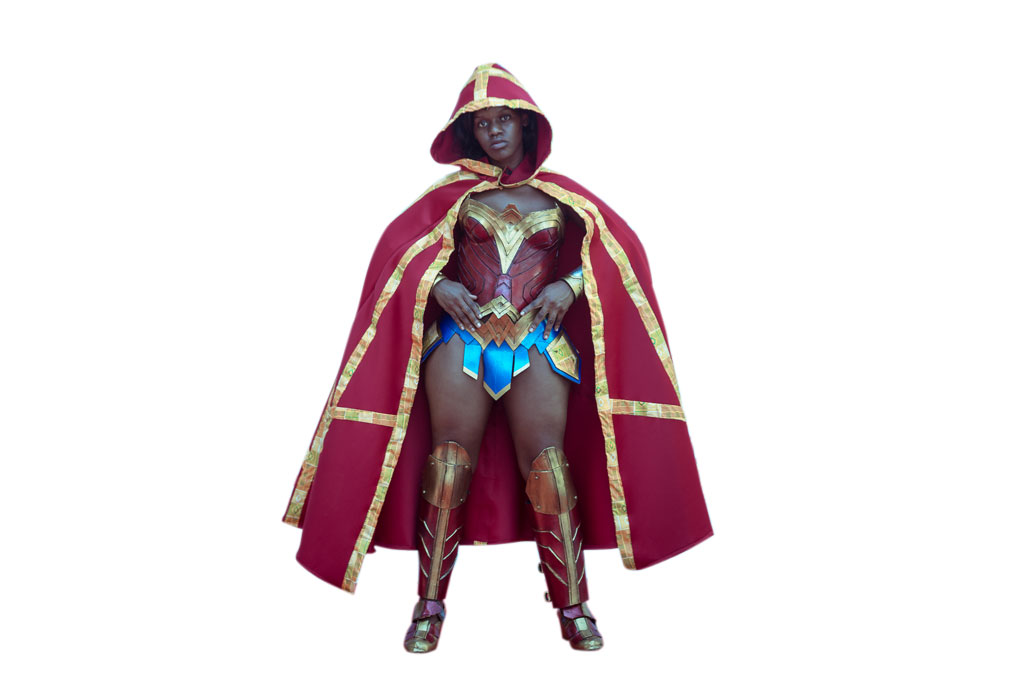 What does the production process for this craft entail?

The work starts by creating patterns that I make from the physical objects or shapes of any object that I intend to create. Sometimes, I have to trace everything directly from the human body using aluminum foil. I then cut out the patterns that I create, cut them out of the craft foam, and put them together using super glue. I finish the whole piece by painting it with metallic acrylic paints to give them a shiny and metallic look, which makes them look like armor yet in actual sense they are as light as a feather. For any project that needs fabric, my tailor Milly makes it as I haven’t tried to learn to tailor. Hopefully one day I will be able to use the sewing machine myself.

As a costume designer, what would you say was your breakthrough project?

My breakthrough project was Cindy Sanyu’s Boom Party concert opening costume. I did her costume within three weeks. This gave me a lot of confidence and hope that I could do this as a business, get paid for it, and also impact positively on someone’s project since she was happy with it and also paid me very well. After this project, I realised that my pieces were not just for photoshoots as I had initially planned. My costumes could be used for film, TV adverts, stage performances, fashion shows, music videos, red carpet events, social events such as Blankets and Wine, Roast and rhyme, and others.

What was the first design project you worked on?

I first made a spear which was not very perfect, followed by some steampunk helmets. The first major costume that I successfully made was Cindy’s costume.

Where does the inspiration for your work come from?

My inspiration normally comes from my imagination. I always envision how Africans would look like if we had superheroes. After getting my inspiration, I use the internet, especially Pinterest to give me more ideas to add to my designs. But mainly I always want to add a little bit of an African touch and I mainly blend my work with some African fabrics, especially the “kikooyi” and African print.

What are some of the projects you have worked on that could be a proud moment for you?

Because I started doing this work during the Covid-19 lockdown, I haven’t been able to work on many projects but at least I have managed to work with Nyege Nyege Festival for the costume that featured in the TV advert for their Nyege Nyege virtual festival of 2020, Cindy Sanyu’s Boom Party Concert of 2020 and Laba Level TV advert for DSTV’s Pearl Magic Prime 2021 and other personal photoshoot projects that have gone viral on different social media platforms.

Where has your work featured?

Most of my work has featured in TV Ads locally and internationally and on different social media platforms. Recently I held my first ever exhibition for Nelly Salvatore Costume and props at the Uganda National Théâtre where the public had a chance to see my work and take pictures with my pieces and posing for pictures with some of my characters. 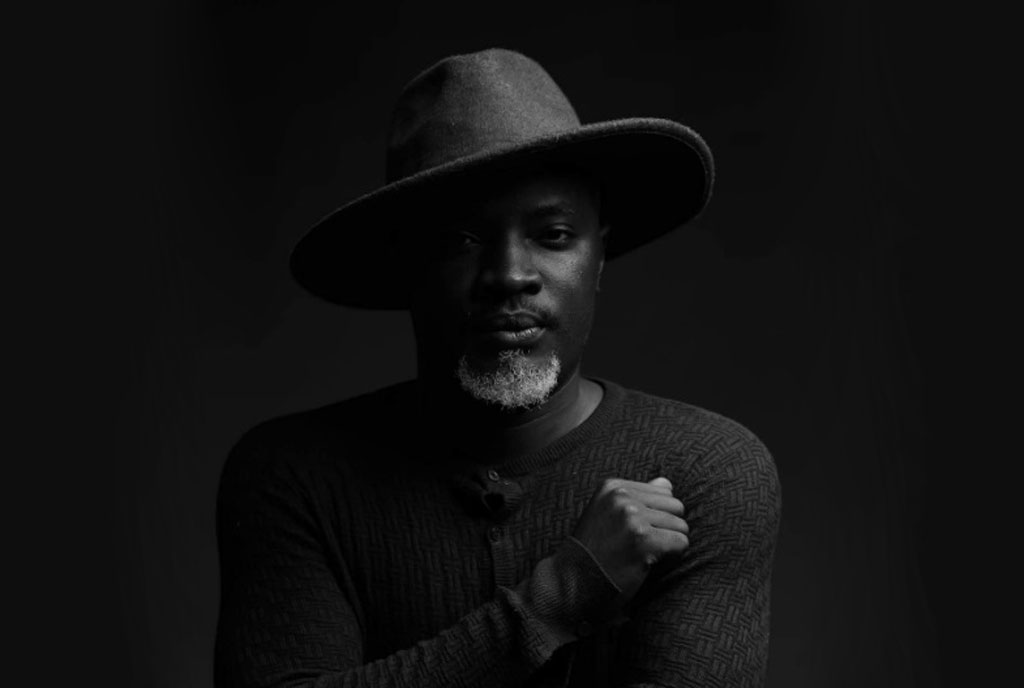 What would be a dream project for you to work on?

My dream project would be any well-funded project with a good superhero-afrofuturistic story. It could be by any Ugandan filmmaker African filmmakers, Hollywood, Netflix, or any other big filmmaker, locally or internationally.

Why do you think the costume design industry in Uganda is not as thriving as it should be?

The whole creative industry is still underpaying all the players, from fashion to entertainment, including musicians, filmmakers, photographers, filmmakers, actors, among others. These people are the biggest players in the costume design industry. Before these people start earning enough, the whole creative industry, including costume design shall not thrive as it should be. Also, our filmmakers need to start investing in costumes and props. These always improve a film and help to tell the story better as they can help communicate hidden messages to the audience and also have an influence on the audience as they help the audience to connect with the movie, for example the costumes seen in avenger movies or Black panther.

What is the most you have been paid for a piece of work?

Where can people find you if they want to work with you?

Currently, because of Covid-19, I work from home but I can be contacted through all my social media platforms @nellysalvatore or by simply googling me on the internet as Nelly Salvatore.