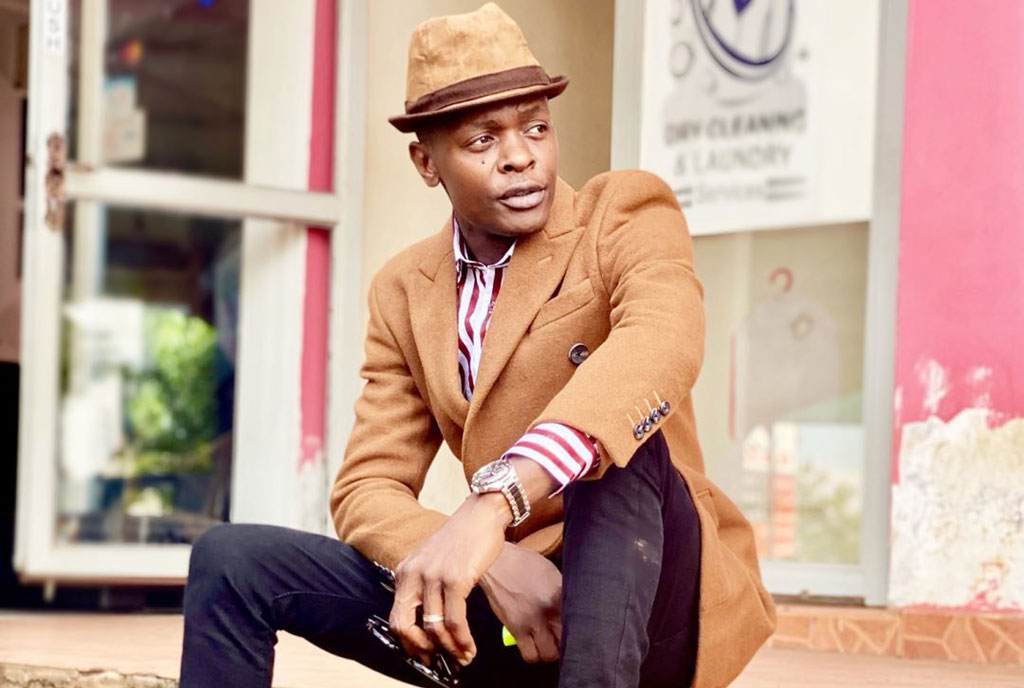 The journey: How the producer retained lyrics in broken Swahili, how the song struggled for a year, and Chameleone was demoralised, as Jacobs Odongo Seaman finds out.

For nearly a year after its release, “Mama Mia” struggled to captivate the Kenyan audience. Jose Chameleone had been desperate to break through with a single after the success of “Bageya” – his duet with Redsan – but the lukewarm reception was colder than the arctic.

A demoralised Chameleone decided Kenya was not for him. He was returning to try his luck in Kampala. And that is when it happened.

Kampala went wild over the song, almost at the same time as Nairobi had. The result was that Redsan was performing “Mama Mia” in Kenya while Chameleone was over the moon in Kampala with the same hit.

Although Redsan never claimed credit for “Mama Mia”, many Kenyans believed it was his song. Chameleone, who ignored several calls and text messages sourcing for this backstory, probably knew his friend was earning big from the same song but he owed the musician enough not to stop him. It was Redsan, born Swabri Mohammed, who had helped him in Kenya and later travelled to Kampala to promote “Mama Mia” with him.

“Chameleone had (already) left when “Mama Mia” hit…. and Redsan made loads from performances.”

Redsan ignored all requests to comment on the allegations.

The backstory to “Mama Mia” encapsulates Chameleone’s turbulent foray into music. While it propelled him into legendary status, for nearly a year since its release in 2000, Chameleone was left demoralised in Kenya as the song struggled to touch base with music fans.

“We used to hear people in advertising agencies commenting in meetings about how the song was terrible and that he would never do a better song than “Bageya”,” said Bikedo, who produced “Mama Mia”.

“It was hilarious when you come to think of it today, but heartbreaking for Chameleone at the time.” 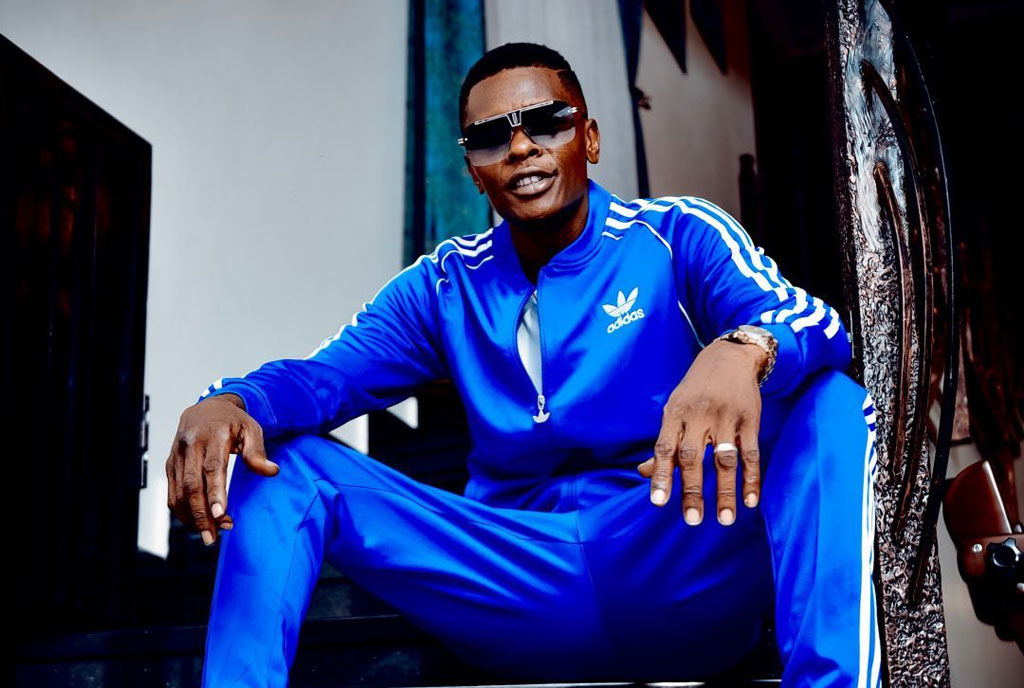 Born Joseph Mayanja in 1979, Chameleone’s foray into music started in 1996 as a DJ at Missouri nightclub in Kampala. He was smuggled into Kenya as cargo, without a passport, ending up right in the hands of police.

Bailed out, Chameleone teamed up with Redsan and Bebe Cool to release “Mikono Juu” in 1999 and followed it up with “Bageya” a year later.

Kenyans easily identified with their Benga tunes in “Bageya” and the song, which asks people to stop wasting time gossiping, did well. Chameleone was still learning Swahili and was only too glad to get that collabo.

“Chameleone approached me at that time because “Bageya” was so huge and he didn’t know what to follow it up with in terms of direction and sound because, primarily, he was a dancehall artiste. Chameleone, Bebe Cool and Redsan, were performing in the Miss Kenya franchise and they were the best at the dancehall thing,” Bikedo said.

Talents and events manager Emmanuel Banda, who would leave Ogopa DJs with producer Philip Makanda to form Main Switch, took charge of Chameleone management as Bikedo focused on the music.

“We collaborated on the composition, but more on a translation role – he knew what he wanted to portray. I gave him the direction he should take when writing the song. I wanted him to take the content of the traditional music which had a message and bring it into the urban setting,” says Bikedo.

Chameleone, then 22, wrote “Mama Mia” in broken Swahili. The title itself, from the Italian exclamation ‘Mammamia’ (My mother!), had been misspelled. Several words and their arrangement were also innocently raw.

In the song, a man pleads with the mother of his eight children, who has abandoned the home citing poverty. The man wonders why now and pleads that he is the only one who truly loves her and not the guys driving Beemers and Benzes.

From the misspelled title to the mingled lyrics, more was to come. The recording started with an unintended shout “Ei Ei Ei Hoi yo yo!” It was apparently Chameleone testing the mic but the production team decided to consider it “accidental creativity”.

“There was a conscious decision made to retain the broken Swahili as it was understandable that he was Ugandan and it would separate him from the rest, make him stand out with his Ugandan accent and broken Swahili,” said Bikedo.

“It was a very lengthy debate on the pros and cons of retaining the broken Swahili.”

Starting out as a DJ after his university studies, Bikedo had once noticed youthful fans feeding from the palm of veteran Kikuyu Mugithi musician Simon Kihara Macharia, aka Musaimo Wa Njeri, as he performed “Mwigerekanio”.

Picking from this, Bikedo proposed that Chameleone mixes Benga, a Kenyan version of Kadongokamu, with dancehall to make it appeal to a wider audience, both the urban and village.

“It was a tough sell as he was primarily a dancehall artiste but, eventually, he agreed,” Bikedo says.

Bikedo had believed that Bebe Cool and Redsan would jump on the project since they were doing well as a trident, but they declined.

“It was not a trendy style,” they said.

Bebe Cool declined to comment on this review in what his hangers-on say was “for fear of upsetting a rival”.

The reality soon hit Ogopa DJs and Chameleone hard. Radio presenters and DJs were not willing to play “Mama Mia”. This was frustrating to the team that believed they had struck the perfect notes.

It was worse for Chameleone. The young singer felt his dream crushing with each ridicule and trashing of his creative work. He was demoralised. He had literally given up on “Mama Mia”. At least in Kenya. 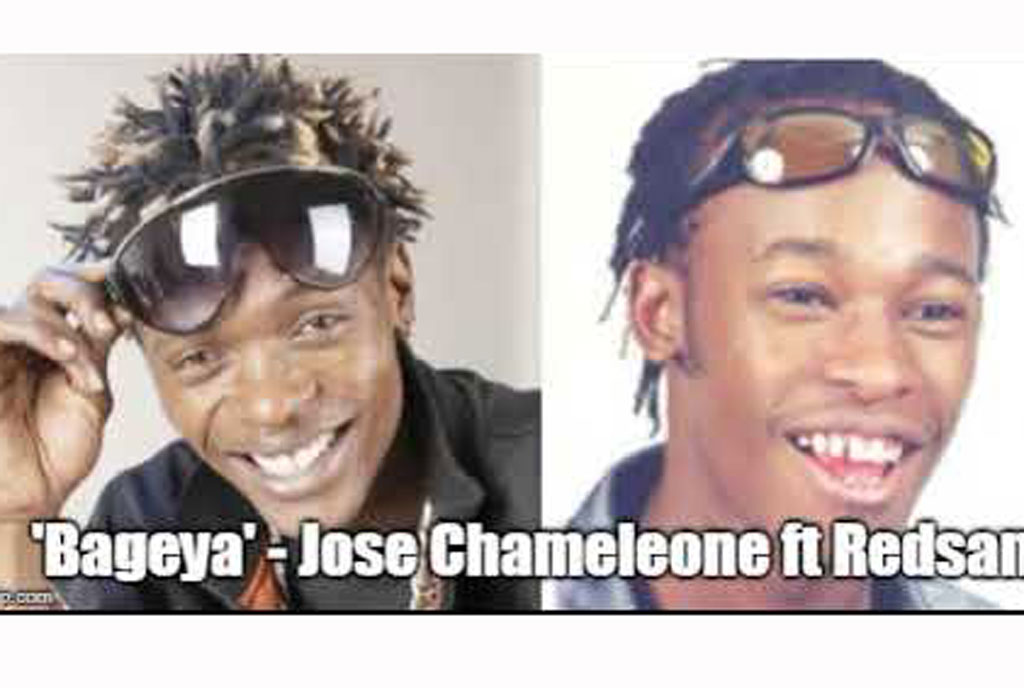 “Mama Mia”’s first public approval in Kenya was out of the blue.

“There was one show in which I happened to be deejaying their performance, I forced Chameleone to perform “Mama Mia” but he thought his set was done and he was leaving the stage gesturing to me to stop the song,” Bikedo recalls.

When the beat dropped, the crowd went wild. A shocked Chameleone hopped back on stage.

“But by then I think he had made up his mind to return to Uganda.”

You wouldn’t fault him. It had been almost a year since the release of “Mama Mia”. Was Kenya really the Mecca for a musical pilgrimage?

These, and many other questions, would best be answered by the husky-voiced singer. But it is easier for the real chameleon, the animal, after which he calls himself, to stay red in a green foliage than for him to be traced for media comments.

Several attempts to reach him through his known mobile numbers went unanswered. Using those in his close circle was no different either.

If Bikedo thought he believed in “Mama Mia”, he had not met Maina Kageni, one of the few, if not the only, radio presenters who played the song.

When Patrick Quarcoo lured Kageni to Kiss FM from Nation FM, it came with a bigger audience and Kagani fought for the song to be played.

“The mix of the traditional beat, heavy dancehall bass sound, traditional melody, and local story content made it work,” Bikedo, who started Ogopa DJs with his brother Francis, says.

Bikedo does not remember the cost of production. He puts the financial investment to “minimal” because “we were all struggling to survive, I was also a struggling producer trying to get my footing in the industry.”

Journalist and social media influencer Ian Ortega once said “Chameleone taught us to love Swahili, a language that had been relegated to that of thieves and harsh people.”

At the time of the release of “Mama Mia”, Swahili was still not common in Kampala. Yet the song did not only pick up but also laid a strong foundation for all subsequent songs Chameleone recorded in Swahili.

Save for “Jamila”, songs such as “Beyi Kali” and “Mambo Bado” were well received compared to better and more compelling songs in Luganda such as “Katupakase”, “Gwe Wange” and “Kuma Obwesigwa”.

This often forced Chameleone to hit the studio for Swahili versions of some of his songs such as “Kuma Obwesigwa” (Niamini) and “Basiima Ogenze” (Binadamu).

Daniel Atuhaire, a seasoned music critic, thinks “Mama Mia” touched home because of the allure of a new sound.

“That Ogopa DJs production brought a novel production style that Ugandans had only previously associated with Kenyan artistes,” said Atuhaire, who helped with writing “Mama Mia” lyrics for this article and has written scores of lyrics from the region for his blog.

“The style. It may not have a distinct name, but that afropop music style gave Ugandans something new – away from the Jamaican ragga (Orlando and the elites ) and reggae (Menton Kronno, Mega Dee) imitations.”

Atuhaire also credits the Swahili, saying not many Ugandans were accustomed to one of their own singing in a ‘foreign’ language that they barely understood.