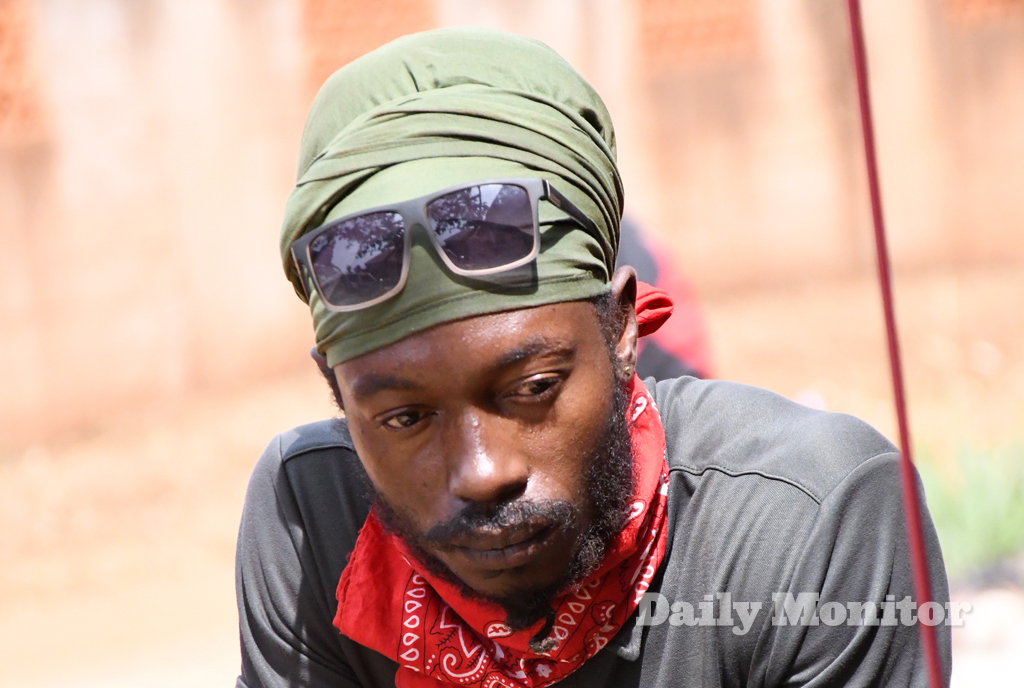 Rebirth. If there was something you could say about the early 2010s and Ugandan music, it was the wealth of talent. Jerry Birungi, alias Mighty Son, was one of those talents. With his raspy voice, he was made for reggae and the genre was made for him. When he sang, many believed he was the future. But then he disappeared into thin air. Edgar R. Batte sought him out of his hideout and he has a tale to tell.

He is easy-going, scarf on the head, his head is noticeable with long running dreadlocks. Jerry Birungi hides his coy nature behind sunglasses. When he splits his lips to speak, it is in almost hush tones yet Birungi, better known to reggae and dancehall fans as Mightyson, is a name that comes to mind with thudding sounds of songs like Step on De Floor (Atalina mwana aweke e jinja) which he did with Atlas, Ogenda, Skywalker featuring Radio & Weasel.

In Mightyson, music lovers projected a Ugandan born international star in the making. And boom, he was off the music scene. Many didn’t know where the talented artist had gone.
Drugs have dealt him a blow and turned his life upside down. What started as a simple abuse of the illegal powder and marijuana, led him on and into a hopeless and helpless situation in which he says he lost good friends, close associates and family owing to behaviour that was unbecoming.

“I had a big problem with drug abuse and I didn’t feel balanced. I lost stability in my life until I had to turn the page. It was not easy,” he reveals, turning to cuddle his pet dog. 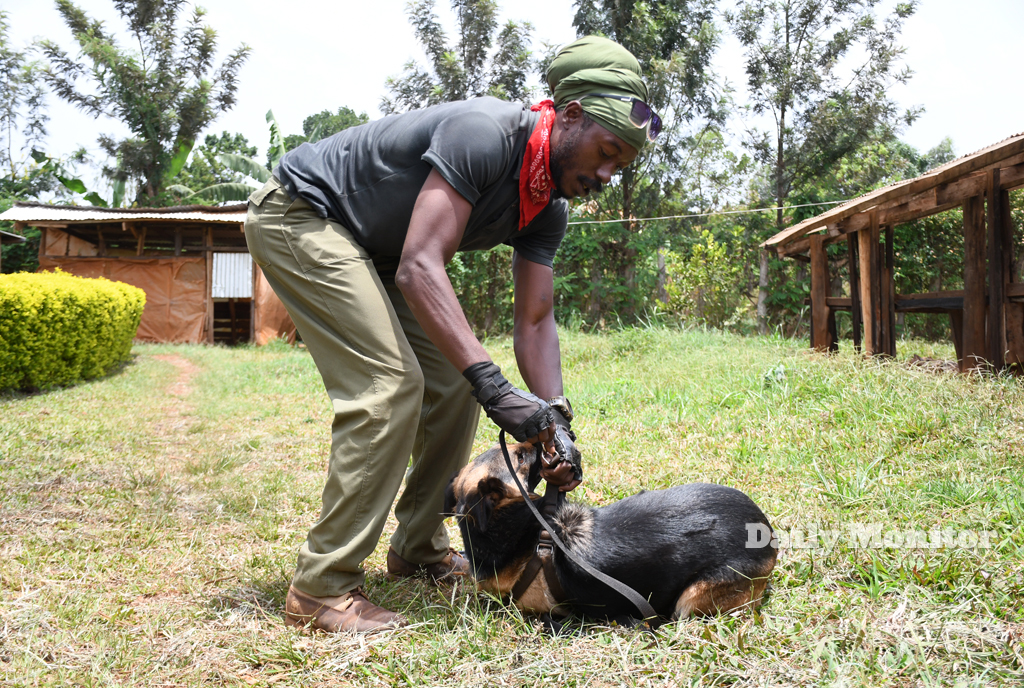 He adds that drugs made him lazy and he lost commitment to work. “I failed at keeping friends, I lost contact with beautiful friends. That was bad for me,” he says with a straight gaze before going silent for a few minutes, perhaps reflecting on of the regrettable moments.

Mightyson recalls the start of his decline in 2003. “Those days I used to smoke marijuana. I would walk from home, my father’s place to look for it in Kamwokya. Sometime, I felt used to it that I decided to start using something I considered ‘better and stronger’. A friend introduced me to something better and another friend introduced me to something else. I decided to jump from the green bus to the brown one thinking that it was better.”
Mightyson was wrong. The new strand of drugs were stronger and only deteriorated his mental capacity and health status.

“I lost positivity in my life. It was all negative. I went through a lot of suffering. I was both mentally and physically weak.”
Two friends, Giomo Fabio and Shamim Asiimwe, began Mightyson on the process of quitting drugs. They encouraged him to make a decision to slowly but decisively start quitting.

“I feared that I had taken drugs for a long time so I decided to visit a clinic for a check-up and I was surprised to be told that all my organs were fine. I was warned that if I didn’t quit, the organs could develop complications,” he recounts.
He adds, “I was scared and decided to slow down day by day, from five grams to three grams until I reached a level of taking very little. I told no one that I had decided to take steps towards quitting. I knew that it was a personal decision.”

He first broke the news to Mowzey Radio who talked to him and occasionally visited him for moral support. Then one day police invaded the neighbourhood and arrested him. 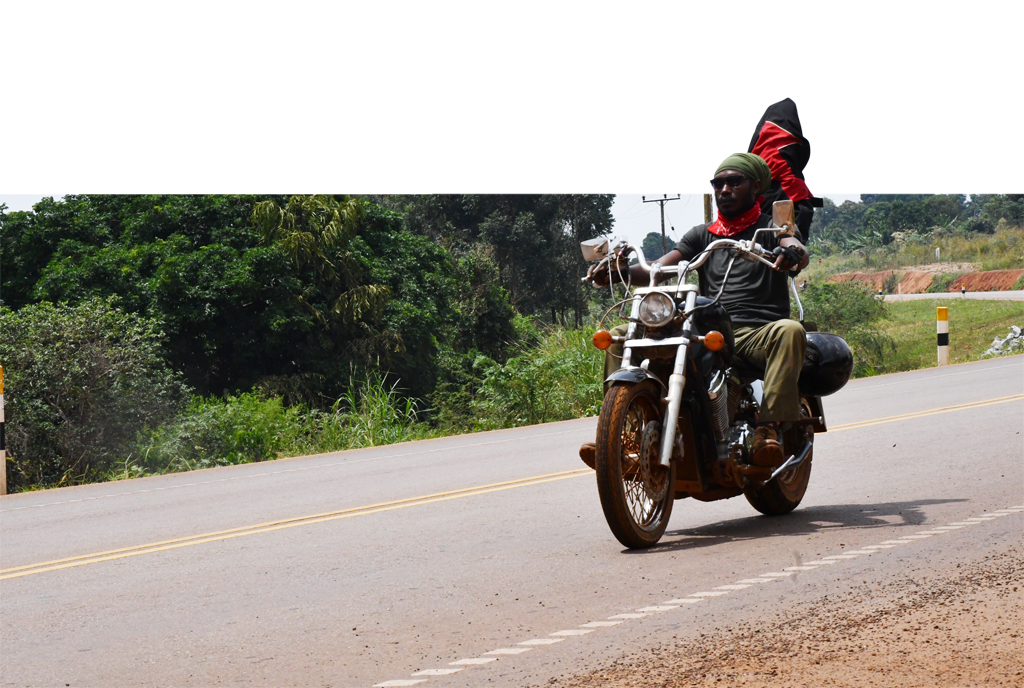 On other days, you will find the reggae artiste enjoying rides on his bike.

He was taken to court and then maximum prison. He was angry and then something happened that sobered him up.
“They cut off my dreadlocks which I had grown for over 17 years. Some of my friends were there to support me. Once Mike Drajole picked me to take me to Hoima and I escaped from him. Later on, I thought about it and realised the mistake I had made. I called him up and he was in Nansana. He told me that if I was serious, I would board a bus to Hoima. I did,” he narrates.

Mightyson could not envision managing a life without drugs, at all. Hoima did not have drugs. When he got there, he took a medical test.
He had typhoid and drugs in his blood. He was treated for typhoid. He had relapsed so he made a personal commitment to fight drug abuse.

Today, he occasionally puffs on a cigarette and sips on a beer. “Now I can get time to check on my daughter, to call up my son, and talk to my good friends. Some of them are happy, others do not know, others can’t believe it…they say ‘that one cannot quit drugs’ because for the six years I have been off the scene, I have been fighting to quit.”
His message to a person who is starting or one who is already using and wants to quit but feels it is hard, is if they can stop, let them commit.

“People are very hard to convince at the beginning, the beginners are very hard to tell. Then those who are using it should not lose hope. They should start by pushing themselves because it starts with a personal decision. Each step counted for me, each step will count for you, please do not give up,” the artiste advises.
At the moment, the ‘Step on Di Floor’ star works with the Icam Cocoa and Chocolate factory in Hoima. “I am not really happy with myself, I need to work harder. Right now, I am buying and selling cocoa in order to get a little money in my pocket but that’s not what I want. I need to do music. Honestly, music is my passion, it is my game, music is my saviour and one time I know I’m going to make it through music,” he adds.

Mightyson is a Mutooro, from the Babiito family of Fort Portal. “Part of my family lives in Kamwokya. My father lives in Canada. I lost my mother in 2001. I have two children, one of their mothers lives in Germany and another in Uganda. My 10-year-old son lives in Berlin.”
Mighty Son’s music career started in church at the Christian Centre in Bweyogerere where he was a praise and worship singer. “I left and went on the streets to hustle for my music career. A white woman friend took me to Rwanda and later on to Jamaica. When I came back, I was ‘messed up’ with this reggae vibe. The saxophone sound makes me crazy. When I listen to it, I even shed a tear. It touches a deep part of me,” he emotively states.

The facts
The World Health Organisation defines substance abuse as the harmful or hazardous use of psychoactive substances, including alcohol and illicit drugs. At least 15.3 million persons have drug use disorders.
According to research on ‘Alcohol and Drug Abuse Surveillance System’ by Joseph Odoi and Professor Nazarius Mbona Tumwesigye, among others, most of the clients are young, single and educated. While only 11 per cent of females in rehabilitation centres were abusing alcohol, 41 per cent of them confessed using cannabis.

Dr. Catherine Abbo, a Co-principal investigator of the project advises victims going through alcohol and drug circles to embrace a positive attitude by seeking appropriate care from health experts.

According to the 2009 Uganda annual Police crime report, there were 2,034 reported and investigated narcotics cases, which led to 2,274 arrests compared to 2,542 in 2008. The trend has been attributed to inadequate laws and weak border controls.
One of the key impacts of illicit drug use on society is the negative health consequences experienced by its members. Cannabis remains the most widely used illicit substance in the African region.