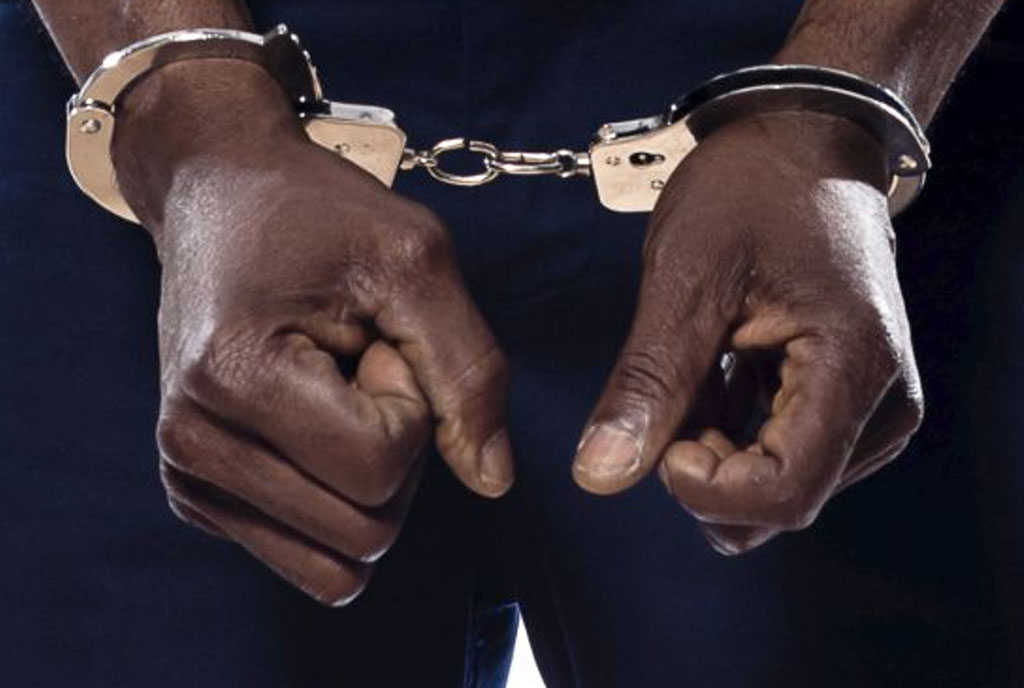 A file photo of a handcuffed man

Police have said they arrested 1,100 people after raiding bars in and around Kampala last night to enforce Covid-19 Standard Operating Procedures (SOPs).

“The aim was to raid bars that have been working in total disregard of the Ministry of Health guidelines.   A total of 1,100 suspects have been arrested and over 50 motor vehicles have been impounded,” Kampala metropolitan police deputy spokesperson, ASP Luke Owoyesigyire said Sunday.

According to police, the suspects were arrested from different bars around Kampala metropolitan area.

“We retaliate that bars are not yet opened. Police will not hesitate to arrest any suspects found violating stipulated guidelines. All suspects arrested will be produced in courts of law on offences of doing a negligent act likely to spread an infectious disease,” ASP Owoyesigyire added.

Although government is yet to lift restrictions on bars and concerts which have been under lockdown since March last year when President Museveni announced measures to contain the spread of coronavirus, several hangouts have reportedly been operating surreptitiously as owners struggle to make a living.

WATCH: This video shows the moment @PoliceUg raided a bar for allegedly violating rules announced by government to contain the spread of Covid-19. Some patrons were found hiding in deep freezers

Police raids happened hours after the Ministry of Health said virus infections had jumped to 51,676 cases after 670 people tested positive with the Covid-19 in 24 hours.

By Saturday afternoon, the ministry said a total 634 people with Covid were on admission in different hospitals.

At least 748,676 have so far been vaccinated against the virus.

In his latest addresses, president Museveni said he would open up the country after more than 4.5 million Ugandans are vaccinated against the virus.

However, given the surging number of cases and rapid community infections, Mr Museveni is expected to impose more restrictions in his address this evening, to contain the virus that has decimated the economy and killed at least 374 Ugandans since March last year.