TALK AND TALK: They talk music, critique artistes but most importantly hit hard. From day one, the Talk and Talk show has stuck to its original script and it is no surprise they are making 10 years now. Isaac Ssejjombwe and Denis Nsubuga write. 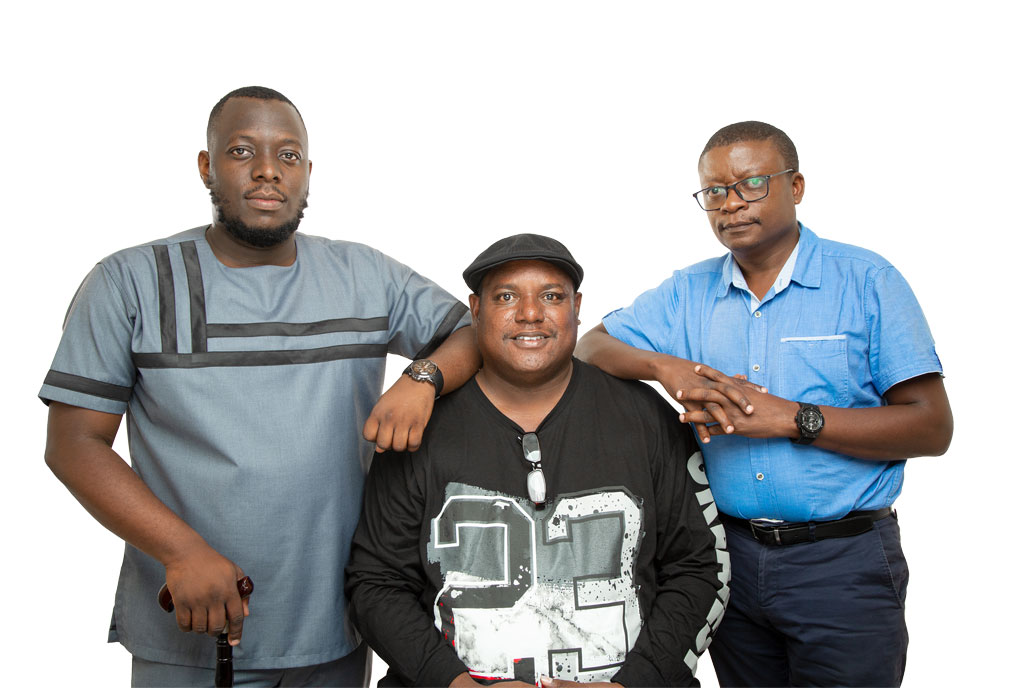 Built trust. The radio show hosts say they have increasingly become popular because of the truth they speak, which often comes with researching before they talk. PHOTOS /COURTESY

Over 10 years ago, political talkshows dominated the Saturday mid-morning radio airwaves in Uganda. The entertainment industry, however, had also greatly grown, with celebrities beginning to influence public opinion.

This, according to media consultant, Joel Isabirye, then the general manager at Dembe FM, was an opportunity “to reinvent the wheel”. He thought of an entertainment talk show; a talk show discussing the big entertainment stories of the week.

“At the beginning, we thought we needed the best people in the business, who we thought were able to speak about entertainment in an opinionated yet fun filled way,” Isabirye recounts.

He spotted Isaac Katende, of the popular moniker Kasuku, who by then plied his trade in entertainment news and gossip at Red Pepper and Star TV.

In June 2011, Isabirye invited Kasuku to his office at the station, then located in Nakasero. The duo brainstormed the idea. Kasuku would later talk to musician Jenkins Mukasa about the show. Mukasa, according to Isabirye, had extensive experience in the music business.

Isabirye also spotted Claude Muhigirwa, then an entertainment chief at the Red Pepper and Julie Erusa, who was the editor of Uganda’s first ever entertainment website, MusicUganda.

These, Isabirye says, had the industry on their fingertips, able to provide the details about what was going on in the entertainment sphere.

More discussions followed. The result was the Talk and Talk show, initially airing every Saturday at 9am to 11am on Dembe FM. The show borrows its name and jiggle from Mowzey Radio and Weasel’s 2011 hit, Talk and Talk.

True to its name, the show was heavier on discussion than music. “There were very few songs played on the show, if anything, just to lighten up the discussion,” Isabirye recalls.

This marked the start of the show, which has, over the last 10 years, discussed prevailing issues in the entertainment and celebrity realm, stung celebrities on their behaviour and served a dose of laughter to a section of entertainment news lovers and listeners.

But, according to the presenters, the journey has been a thrill. With the exception of the host, Kasuku and Mukasa, the panel has changed, but the delivery and content have also evolved over the years.

Mukasa says the show being a new concept, many didn’t understand it at first. He recalls the time they talked about Mesach Ssemakula, and by the time the show was done, he was out at the station querying the presenters. “Another time it was Chameleone writing a long post about the show on social media or Silk Event’s Elvis Sekyanzi calling their boss to make us retract the words we said on air,” he relays.

This, according to Mukasa, also caused tension among some presenters. Erusa left. Straka Mwezi, of WBS TV, joined. She also soon became busy. Comedian Messe Bontwe sat in once in a while. He would soon leave as another analyst Bat Badru joined the panel. Badru was an entertainment news correspondent of East African radio and TV, and he quickly became a source for most East African affairs.

Badru says what made them stand out was revealing facts about celebrities. “The industry was full of lies. Musicians would lie to the public about their achievements, and because we were part of the industry, we knew the facts and disregarded the lies.”

Kasuku says the feedback has since been a mixed bag of reactions. “There are times when people are very angry, and times when they are very happy about the show.”

In 2013, they started live shows, hosted at Bat Valley Theatre. The first show, which had Bebe Cool make a guest appearance, was a success. The theatre was filled to capacity.

They went on to have more live shows every two months, hosting various influential people in the entertainment industry, to answer pressing questions from their fans. Kasuku remembers the day they hosted Bobi Wine and Kato Lubwama, and the way the artistes went at each other.

For Batt Badru, the memory of the overwhelming turn up at their first outdoor show is still humbling, over two years since he left the show. “It showed us that we were doing a great job and people loved us. Actually our bosses took us for lunch at Kampala Serena Hotel as a way of appreciating what we were doing,” he says.

When Monitor Publications acquired Dembe FM, Mukasa says, the concept of gossip content airing for two hours was not initially embraced by the bosses. Mukasa recalls that they spent months without working, until they were called.

That’s when Kasuku as the moderator, Mukasa and Badru as the main panelists, were joined by Edward Ssendikaddiwa, commonly known as Eddie Sendi.

He had been part of the music industry for more time than the other panelists, so he became a source of information, especially history of the local industry. While his information on the industry dating back as far as the 1960s fascinated listeners, his stern criticism rubbed many artistes that followed the show.

In the new arrangement, the show was scheduled for 10am to midday. But as time went on, Mukasa says the listeners asked for an extra hour, which was granted by the station. Today, the show runs for three hours.

As the digital era continued to tighten its influence on the media industry, the show presenters started making online presence.

Mukasa says online presence has granted them more reach, especially for fans outside Uganda. We get feedback from many parts of the world, including Dubai, US, and China, with listeners saying they enjoy following the show on social media.

Listeners have since improved their mandate on the show, as they contribute to the content.

“Some listeners provide details we don’t have, sometimes giving clarity or correction on information. In return, they continuously become part of the conversation and the show. This breeds a sense of belonging,” Mukasa says. 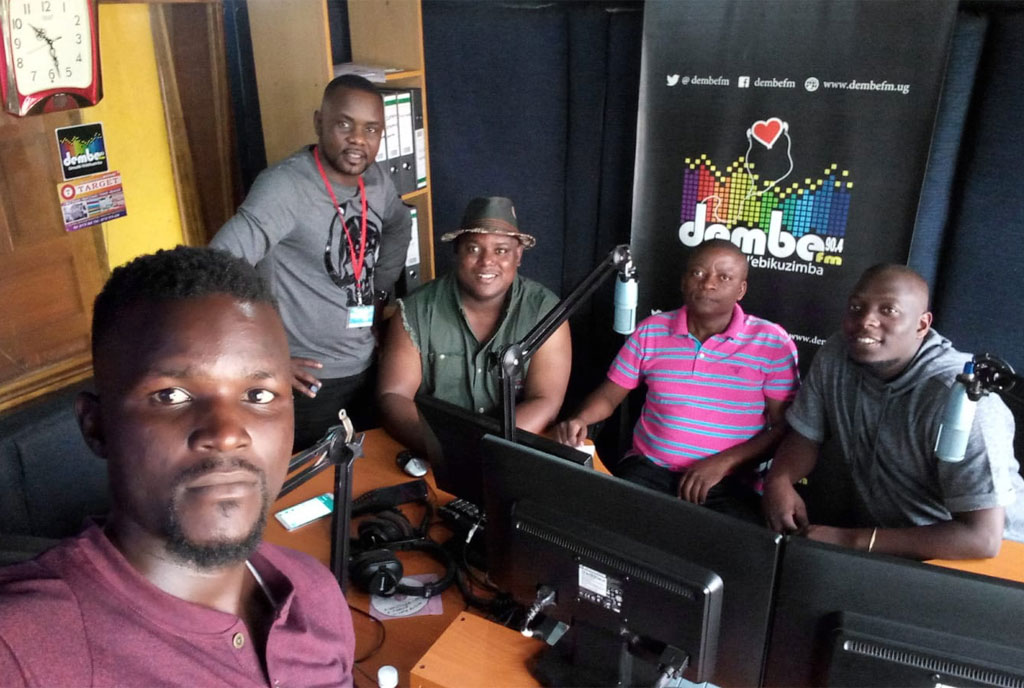 “We don’t have a script. We only have talking points,” Mukasa says, adding that the experience they have together, makes any conversation on air flow effortlessly.

“We met eachother in the field before the show. There are very few things I can talk about on the show that will surprise Sendi,” Mukasa relays. To Muhigirwa, the ease and freedom of expression brings the best in each panelist and this makes the show real.

Although sometimes artistes take offense, Mukasa says they mostly know we do not critique in bad faith.

On the show, the presenters affirm, the rule was ‘No Fear, No Favour.” “No single musician is spared,” Mukasa says.

“We do a lot of research and we say the truth without fear or favour. No pretence and we tell it on air as is, and we avoid getting personal,” adds Sendi, who attributes the success of the show to the absence of egos and respect for each other among the team.

This, Mukasa says, has built the show a listenership that trusts them.

“As the audience grew, artistes started seeing the platform as an avenue to sell themselves, but also tell their side of the story.”

Isabirye says the show evolved into a more professional and purposeful show as the presenters reflected on their content and delivery.

“They do more research and they bring stronger guests, to the extent that Moses Matovu can appear on the show this week, and Lil Pazo or Kabako can appear the next week. Those are artistes from different worlds,” he observes.

Isabirye observes that in the music business there are camps. “Talk and Talk has enjoyed listenership across all rival camps since it started.”

Kasuku believes the show has changed the dynamics of the business, owing to behaviour of artistes and the number of new artistes and similar shows that have cropped up after their emergence.

“Sometimes our artistes need that person who always keeps them in check, reminding them that they are human too,” says Erusa.

Badru, who was on the show for seven years, thinks the main achievement of the show is streamlining the discipline of artistes.

“Many of our artistes were indisciplined and ill-mannered, lying, abusing fans, not turning up for paid events and fighting,” he says.

Kasuku adds, “They had never known that someone could come and tell them off in their faces. The public was also woken up about their artistes. They would call us and report artistes who misbehaved and we would talk about it. Artistes learnt about image.”

To Mukasa, plagiarism of music has also reduced because artistes know we shall call them out.

“Today, you barely hear artistes lying about their accomplishments. We also educate them on some things we know about music,” Mukasa says.

It is not by mistake that Talk and Talk has been around for 10 years and counting. It is because of their honesty, experience and knowledge about the industry that we are celebrating these years. We are so proud of them and we are lucky to be part of this decade.

The programme has over the years contributed to the growth of my fanbase. They speak facts and play my music, which keeps me relevant in society. They are informative and never shy away from the truth. However, I would like them to concentrate more on the positives than negatives. I would like them to put emphasis on things that build the industry rather than those that destroy it.

I have been a listener of Talk and Talk for more than five years and one thing I like about them is that they do not sugarcoat. They say it as it is. I have learned a lot about the entertainment industry because of them. However, they sometimes go personal and you can feel it. This is something I would like them to change.