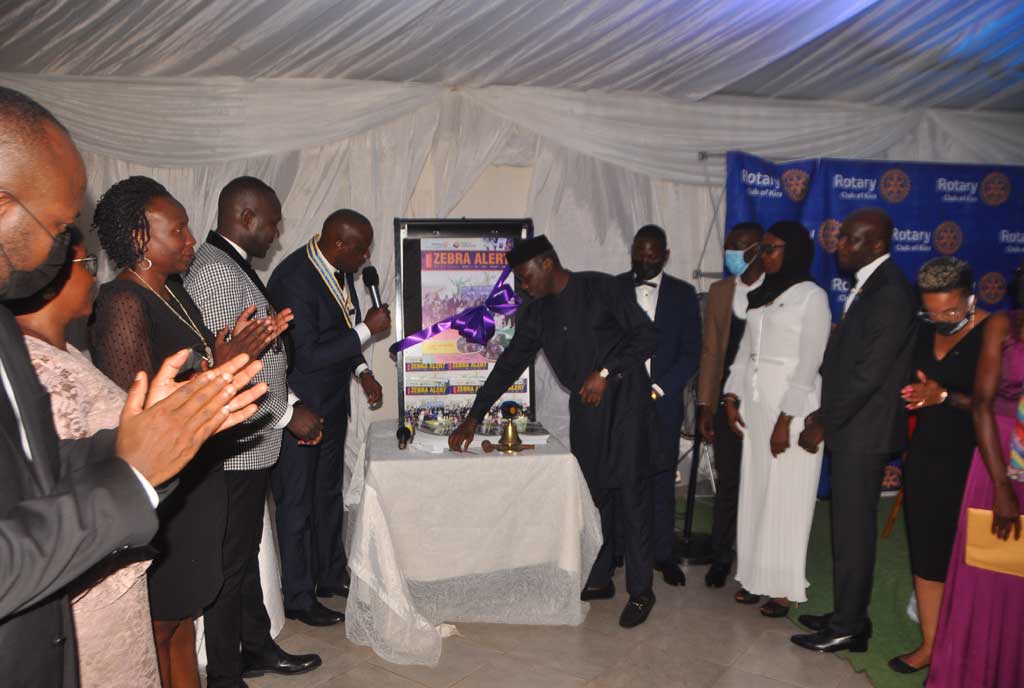 The newly-elected president for the Rotary Club of Kira, says besides the lined up club activities, one of his missions during his tenure, is to attract more Muslims to Rotary Club.

In an interview yesterday, Meddie Lutaaya, who was installed as the first elected president of the Rotary Club of Kira, said he would use every opportunity to invite more Muslim because it is a family that promotes unity in diversity.

Some of the projects currently being undertaken include water and sanitation as well as adolescent sexual reproductive health in different parts of the country.
Rotary Club of Kira, which was formed in 2019, changed its leadership recently, with the founding and charter president, Anthony Okimat, handing over power to Lutaaya.

While installing the new president, Ken Wycliffe Mugisha, the past district governor who also inducted nine new members into the club, observed that with a membership of 60 and the acquisition of the charter within two years since formation, the club is among the fastest growing in the country and its activities have been visible within Rotary.

Mugisha urged the rotarians to continue recruiting new members into the club, saying unlike the past where Rotary was perceived as a club for the rich, the club has relaxed conditions for new members to join and support vulnerable communities.