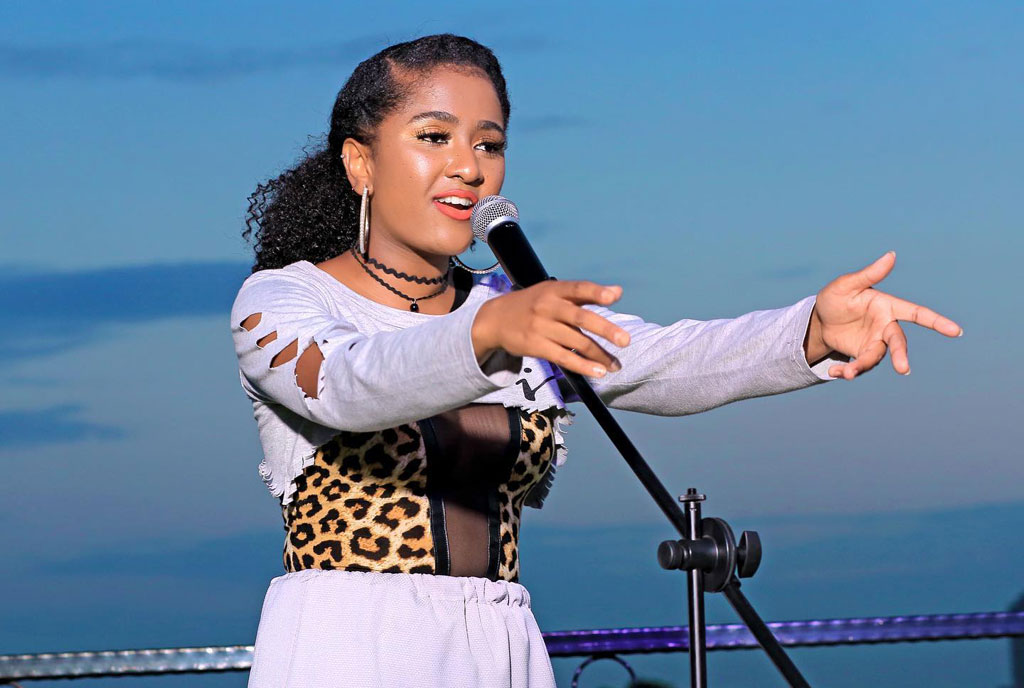 Ahlamu Ismael a.k.a Lamu, a Ugandan recording artiste is now part of Talent Africa Group after signing a lucrative deal that will see the company push her to great heights at a cocktail party at the Talent Africa offices in Kololo.

Lamu was unveiled last week after signing an audio and visual recording deal with TAG studios and Talent Africa Group as her official booking agency.

They also used the same unveiling to drop her first project under the label titled ‘Beautiful’ which she says highlights the beauty of how special each one of us is.

“I always wanted to work with Talent Africa and ironically, most people thought we were related to Aly since I have a brother called Aly Alibhai. But I’m so grateful for this opportunity and I promise you will not be disappointed,” she said at the unveiling party.

Talent Africa Group CEO, Aly Alibhai on the other hand hailed the 240-year-old for being hard-working, versatile, and creative in her art.

Through Talent Africa, Lamu also got the opportunity to be part of the select showcase of the East African sound at the first-ever virtual MIDEM global music conference organized in September 2020.